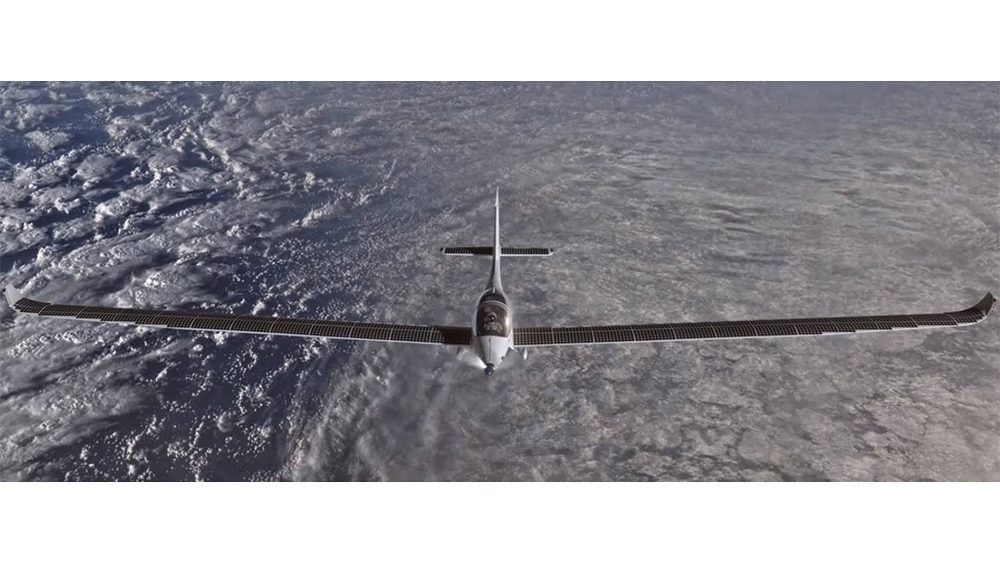 All Images Courtesy of SolarStratos

Icarus has nothing on Raphaël Domjan—or at least he won’t if the Swiss eco-entrepreneur’s new solar aircraft soars to the edge of space and the wings don’t melt.

After taking his solar boat around the world, Domjan created the SolarStratos aircraft to venture into the stratosphere, powered by nothing but sunshine.

A first in aviation history if it succeeds, the SolarStratos project faces huge challenges. To reach 60,000 feet in an unpressurized aircraft—something normally left to stealth jets like the SR-71 spy plane—the solar plane and its pilot will be subjected to temperatures of -70 degrees. Domjan will also have to wear a pressurized spacesuit for the five-hour flight. It will take two hours to reach the stratosphere, 15 minutes floating with the stars and then three hours to descend. At that altitude, Domjan will be able to see the curvature of the planet.

Raphaël Domjan, pilot of the solar-powered aircraft, will wear a pressurized spacesuit for the climb into the stratosphere.

“Our goal is to demonstrate that current technology and solar energy offers us the possibility to go above and beyond what fossil fuels offer,” Domjan told Robb Report. “We will be able to fly where no internal combustion engine or jet engine can operate and allow sustained flight.”

Domjan says the notion of solar flight first dawned on him when he was completing his solar circumnavigation aboard his boat from 2010 to 2012. Somewhere in the Atlantic, the idea of emulating the mythical flight of Icarus with renewable energy came up. While Domjan didn’t want his wings to catch on fire, he created SolarStratos as a way to show that it was feasible to get as close as possible to space using solar energy. Domjan’s SolarPlanet Foundation is committed to promoting solar energy to fight climate change.

The SolarStratos airplane weighs 992 pounds and is 27’11” in length. Its solar cells cover 240 square feet of its 81-ft. wingspan, with energy stored in a lithium-ion battery pack. The electric motor generates 43 horsepower at 2200 rpm. Domjan says the engine is 90 percent efficient.

The aircraft has a wingspan of 81 feet, with 240 square feet of solar panels to feed its batteries and electric engine.

The maiden voyage is scheduled to take place in 2022. So, when can the rest of us fly to the stars on just sunshine? SolarStratos says it is developing a solar-aviation adventure to the edge of space. The team wants to offer a unique travel experience for private passengers and scientists.

“The biggest challenges are charging the batteries, the temperature, and the low atmospheric pressure,” Domjan says. “All these elements need specific technical answers. We’re entering a totally new environment because this has never been done before.”

Here’s a short video of the project.