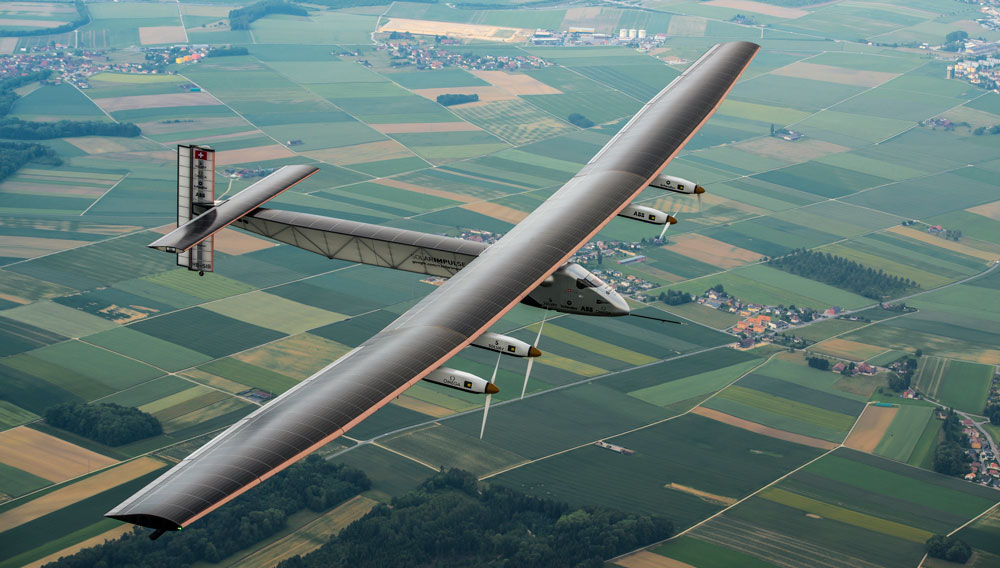 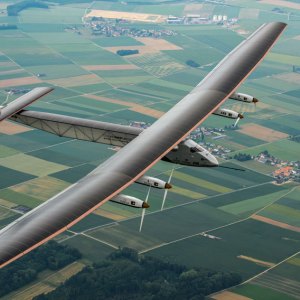 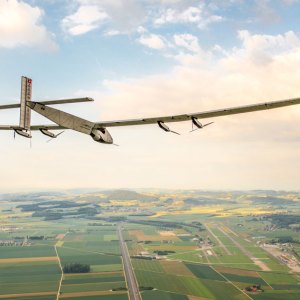 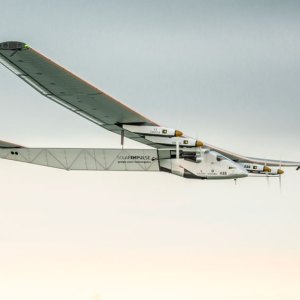 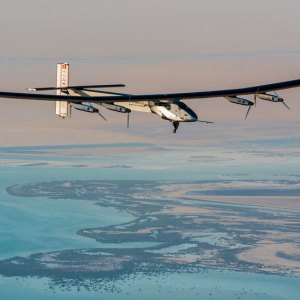 The brainchild of the Swiss pilot and adventurer Bertrand Piccard, the Solar Impulse 2 airplane has finally—after 12 years of research, development, and testing—embarked upon its journey to circumnavigate the Earth using only solar power. The huge, lightweight airplane gathers energy from 17,000 solar cells covering the top of its wings, which span more than 200 feet. The solar cells power four small electric motors that will keep the plane flying day and night.

“Our object is to make this airplane a symbol about the potential of the clean-tech industries,” says André Borschberg, who will alternate flying legs in the single-seat aircraft with Piccard. “Airplanes make people dream. If we can fly around the world with a solar-powered airplane, then we can certainly demonstrate and implement all these clean technologies and applications on the ground.” In the future, this innovative technology could potentially be applied to commercial and business aircraft.

The first leg of the circumnavigation—which took about 12 hours, with the aircraft flying at an average speed of about 25 mph—was the approximately 300-mile trip from Abu Dhabi, United Arab Emirates, to Muscat, Oman. The longest leg, and the greatest challenge of the trip, will be from China to Hawaii, a nonstop flight of five days and nights. The airplane will stop in Phoenix and New York as it crosses North America, and then will fly another long leg across the Atlantic. The entire journey is expected to take about six months. (solarimpulse.com)