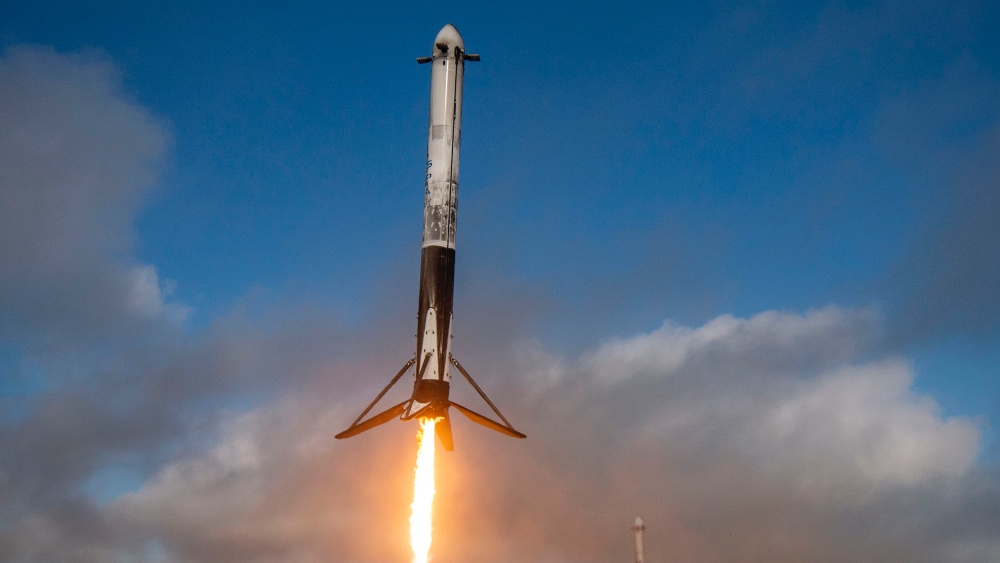 
Space X‘s Falcon Heavy is the most powerful operational rocket in the world—and it’s finally returning to the skies. The aerospace company announced this week that the rocket launched for a special mission early on November 1 from NASA’s Kennedy Space Center in Florida.

This was the rocket’s first launch since 2018. The Falcon has been involved in two other missions—one to deliver some experimental satellites for the US Department of Defense and another for Saudi-based company Arabsat to carry a television and phone service satellite to orbit. SpaceX CEO Elon Musk used his personal Tesla Roadster as a test payload for the initial launch and the car is still in space.

For this mission, the Falcon was carrying satellites to space on a secret mission dubbed the USSF-44 for the US military’s Space Systems Command’s Innovation and Prototyping Delta.

“And there you have it! As indicated by the enormous cheers, we have successfully landed both Falcon Heavy side boosters at Landing Zone 1 and Landing Zone 2. What an incredible sight. With these two side boosters, this marks the 150th and 151st overall successful landings of an orbital-class rocket,” Kate Tice, SpaceX quality systems engineering manager, announced during the live broadcast, according to Space.com.

The impressive $90 million-dollar aircraft utilizes three boosters for its powered liftoff — one at the center, with two others used for the first stage of takeoff. It is capable of blasting five million pounds of thrust, which explains the “heavy” title. But NASA’s Space Launch System is looking to take the Falcon’s top-rocket crown when it launches later this month.

As with previous lift-offs, the company has plans to recover the side boosters that will be refurbished for the Space Force launch later this year. However, it will leave the central booster where it lands in the ocean to conserve fuel costs.

It’s only a matter of time before we see more of the Falcon Heavy in the future.