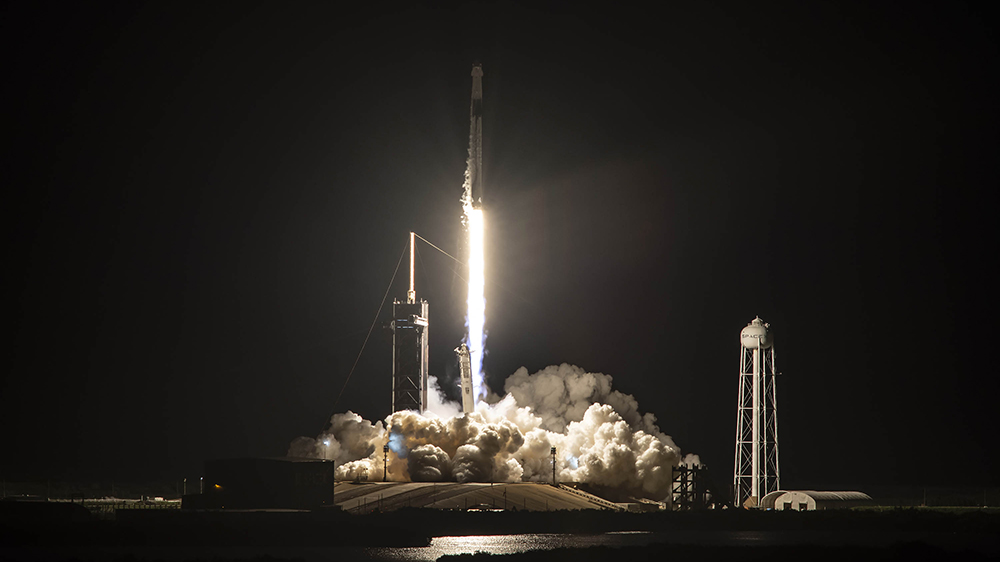 The tech titan’s SpaceX successfully launched the first all-civilian space flight from Kennedy Space Center in Cape Canaveral, Florida on Wednesday night. The mission, dubbed Inspiration4, began without a hitch, as a reusable Falcon 9 rocket launched into space with a crew of four just after 8 pm EDT, according to a press release.

The plan is for the capsule, which is carrying billionaire Jason Isaacman and three other amateur astronauts, to spend the next three days in space. During that time, the Inspiration4 will circle the Earth every 90 minutes at speeds of more than 17,000 mph, or 22 times the speed of sound. And unlike Blue Origin and Virgin Galactic’s initial flights, which both only touched near-space for a matter of minutes, the crew will be further from Earth than any humans have been since the last Apollo moon mission in the early 1970s. (Not coincidentally, the Falcon 9 took off from the same from the same launch pad as NASA’s Apollo missions.) Once the voyage is over, the capsule will re-enter orbit and splash down in the Atlantic.

Isaacman, who founded e-commerce firm Shift4 Payments, is rated to fly commercial and military jets and has been designated the flight’s “commander.” He is joined by Sian Proctor, a community college professor who is also a trained pilot; Hayley Arceneaux, a physician’s assistant at St. Jude’s Children’s hospital in Memphis, and Christopher Sembroski, a data engineer. The crew, which has been training for the mission for five months, will not be involved in navigating the Inspiration4, but will carry out a variety of medical tests and experiments while in space.

“Our crew carries the responsibility and importance of this mission as we prepare to blast off,” said Isaacman just before launch. “We have been well-prepared for the challenges ahead of us the next three days and look forward to sharing our experience with the world as we continue to bring attention to St. Jude Children’s Research Hospital here on earth.”

Inspiration4 won’t just raise awareness for the hospital; by design, it will raise a sizable sum of money for it as well. Although the number could still rise after items from the flight are auctioned off, the mission has already raised $200 million for St. Jude, $100 million of which comes from Isaacman himself. Considering how much tickets on the first private space flights cost—anywhere from $450,000 to $28 million—it’s good to know that some of it is going to a good cause.