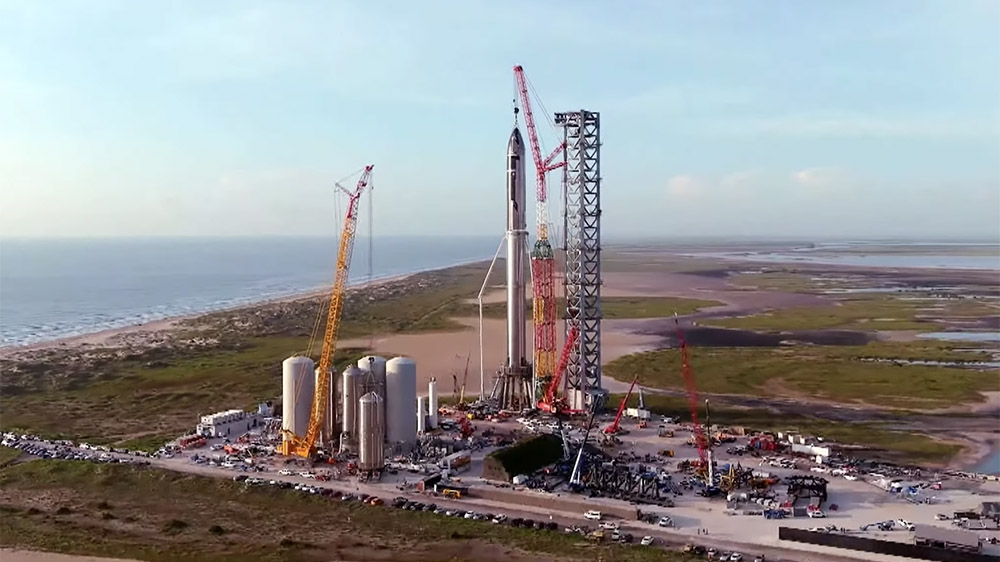 SpaceX has its sights set on Mars, but for now it’s sticking much closer to the Earth.

The company’s founder, Elon Musk, said its much-hyped Starship rocket will finally reach orbit later this year, according to Space.com. The bold claim was made during a during project update livestreamed directly from the company’s Starbase headquarters in south Texas on Thursday evening.

“I feel, at this point, highly confident that we’ll get to orbit this year,” Musk said during the event.

Starship is at the center of SpaceX’s stated goal of reaching the Red Planet. It consists of two elements, the rocket itself and a first-stage booster known Super Heavy. When fully stacked, Starship stands over 390 feet tall, making it the tallest rocket ever built, according to the website. Both elements are designed to be reusable, something Musk said will help keep costs down to as little as a “few million dollars per flight” and make colonization of Mars more of a possibility.

Musk’s confidence doesn’t mean the rocket is guaranteed to make it to orbit, though. Up until now, Starship has only completed a few low orbital hops. The update was also curiously short of technical details, although it was revealed that both the rocket and booster are powered by SpaceX’s new Raptor engine, which burns liquid oxygen and liquid methane. We’ve also heard the tech titan make bold predictions about the rocket’s capabilities in the past, some of which still have yet to come to fruition.

Back in 2016, he said SpaceX would send an unmanned rocket to Mars in 2022, and another with a crew onboard in 2024, according to The New York Times. Three years later, during SpaceX’s last project update in September 2019, he said Starship would complete its first orbital flight within six months. But as followers of Musk’s other big venture, Tesla, know, some of his more ambitious projects can get stuck in a state of perpetual delay.

Will 2022 be the year that Musk’s boldest predictions for SpaceX and Starship finally start to come true? With 10 months left to deliver on the pledge, it sounds like the world’s richest person would be willing to bet on it.