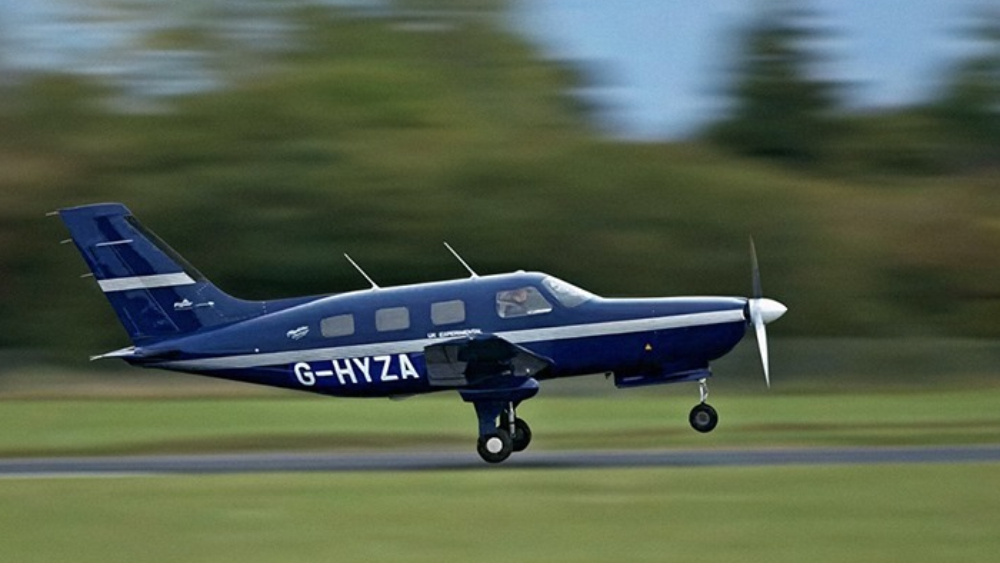 Hydrogen-powered planes may be the way of the future if California-based startup ZeroAvia has its way. And with $21.4 million in new funding under its belt, that may just happen sooner than we think.

Its new injection of cash comes courtesy of Bill Gates’ Breakthrough Energy Ventures, which should help it reach its goal of developing commercially viable, zero-emissions aircraft. And the Microsoft founder isn’t the only one vying to support the potentially aviation-shifting venture: Amazon and Shell also count themselves as investors.

So far, the company has operated 10 successful test flights with the long-term goal of operating commercial flights of up to 500 miles using 10- to 20-seat aircraft by 2023. It’s also working with British Airways to identify ways  ZeroAvia believes that benchmark can be extended with 200-passenger aircraft traveling up to 3,000 miles by 2030. To do so will require more rounds of funding like Gates’ contribution. “This is a capital-intensive industry, so having investors to help you through the process is very important,” said ZeroAvia founder Val Miftakhov in an interview with Reuters.

So far, that investment has led to serious momentum. Though the company expects its technology will likely be used for cargo aircraft first, it has already partnered with investor British Airways on how it can move away from fossil fuel-powered jets. This comes at a critical time when the ravages of rapid climate change have stirred reevaluation of aviation and how it negatively impacts the environment.

According to the International Council on Clean Transportation, in 2018 aviation produced 918 million metric tons of CO2, about 2.4 percent of global fossil fuel emissions. Hydrogen is the most abundant element on earth and has the potential to dramatically slash this figure in a few year’s time compared to other technologies, like pure electric. “With compressed hydrogen gas storage, you immediately have four to five times the advantage in terms of energy density if you compare a 1,000-lb. fuel cell system to a 1,000-lb. battery,” Miftakhov told Robb Report in May.

With the rapid scalability of hydrogen fuel cells, it may not be long before our skies start looking a little bluer.