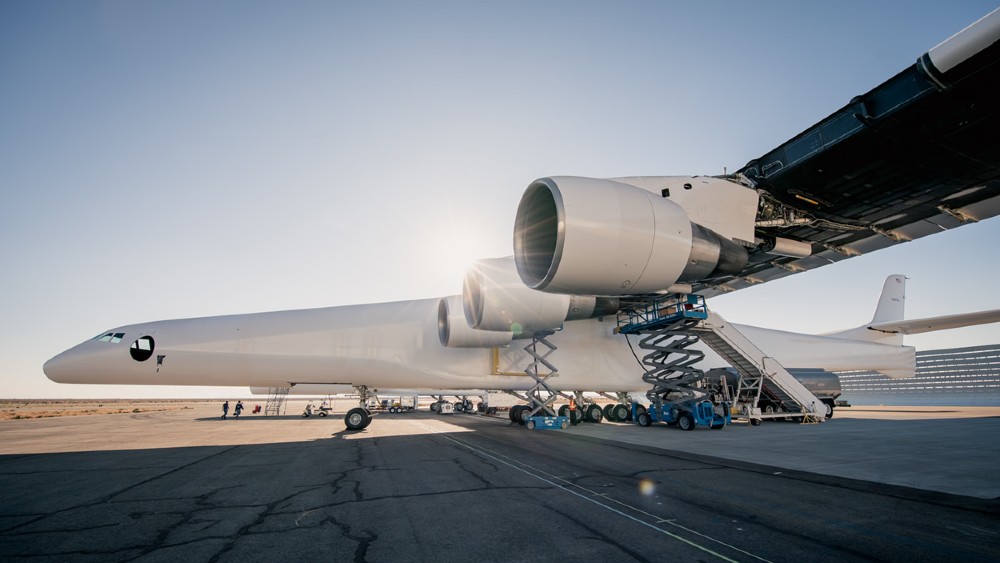 The world’s largest airplane could soon be yours—if you can afford it.

Vulcan, a holding company once owned by the late Microsoft co-founder Paul Allen, is looking to sell its Stratolaunch aircraft for the paltry sum of $400 million, reports CNBC. The plane, the world’s largest by wingspan, has only ever flown once.

Its wings stretching a truly massive 385 feet—longer than an American football field, including the end zones—and the plane is powered by six jet engines salvaged from a Boeing 747. While its gigantic size is something to brag about, it was also intended to serve a purpose. With a payload capacity of 500,000 pounds and an operational range of 2,300 miles, Allen envisioned the Stratolaunch as a way of to taking rockets into the stratosphere before launching them even higher. The initial goal was for the plane to carry satellite payloads to 35,000 feet, at which point they would be deployed into low orbit. He envisioned it serving both commercial applications and national security needs.

The Stratolaunch set off on its first, and thus far only, flight in April of this year at the Mojave Air and Space Port, six months after Allen died following complications of non-Hodgkin’s lymphoma and eight years after it first went into development. The plane flew for two hours before returning to its base at the California airport.

The plane’s steep price tag covers more than the aircraft itself. It also includes the intellectual property and facilities associated with the plane, according to CNBC. It’s unclear who is actually willing to spend that much on the plane, though. While Elon Musk’s SpaceX or Jeff Bezos’ Blue Origin would seem to be natural fits, it’s unknown whether either has looked into acquiring it. Richard Branson—who owns three space companies—reportedly inquired, but he is said to only be interested in paying $1 for the aircraft.

While Stratolaunch had planned to launch a Northrop rocket next year, the company has instead spent much of this year downsizing, including laying off much of its workforce. Last month, Reuters reported that it was in the process of closing operations.