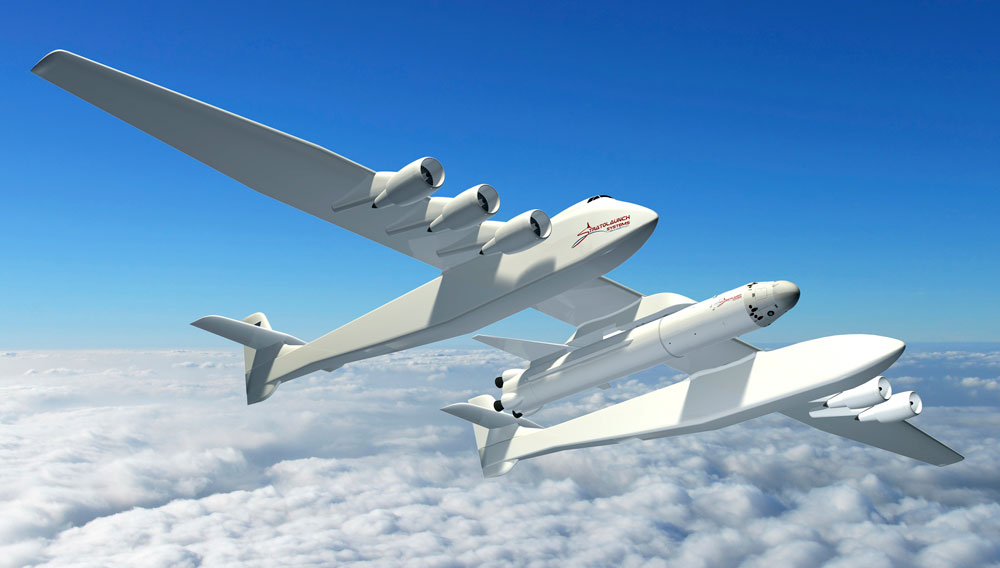 Forget the Spruce Goose; the Stratolauncher is set to become the world’s largest airplane when it begins flight-testing early next year. Currently under construction inside a massive, 103,257-square-foot hangar at the Mojave Air and Space Port in California, the carrier plane will be equipped with twin fuselages built from light-but-strong composite materials that will extend 238 feet from nose to tail when complete. Its sweeping wingspan will measure 385-feet—wide enough that if the plane was taxied to the center of a football field, its wings would extend 12.5 feet beyond each goalpost.

The Stratolauncher is being built by Scaled Composites for Paul Allen’s Stratolaunch Systems and is designed to carry a payload to a high altitude, where it can be launched into low earth orbit. The design is based on the SpaceShipOne aircraft that won the $10 million Ansari XPrize in 2004 and that is now being developed for commercial space tourism by Richard Branson’s Virgin Galactic enterprise. Stratolauncher will be powered by six reconditioned jet engines salvaged from two Boeing 747s, and will weigh more than 1.2 million pounds. It will require a runway more than two miles long for takeoff and landing. (stratolaunch.com)