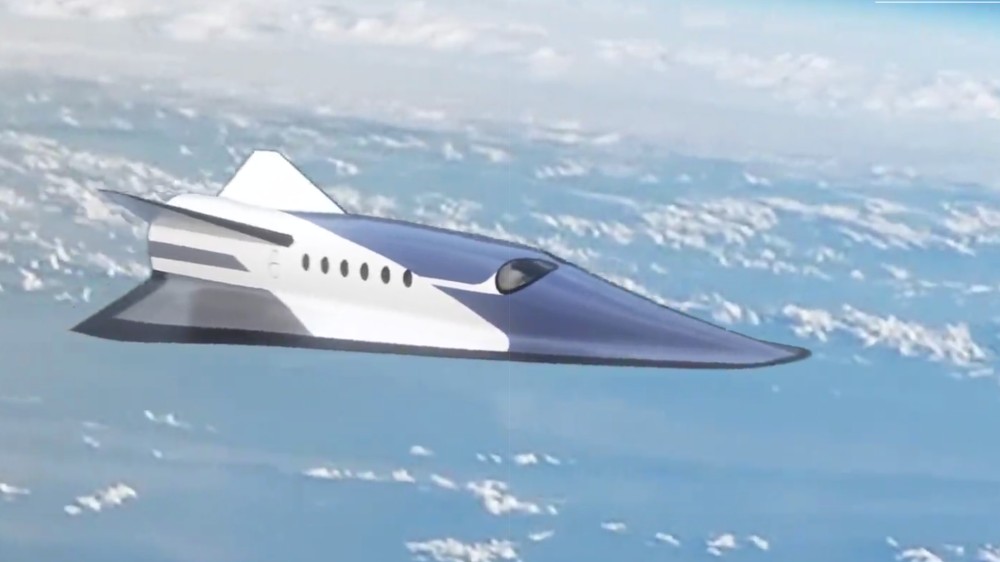 Chinese aerospace firm Space Transportation said it’s developing a combination aircraft and winged rocket that will eventually be used for space tourism. The aircraft will also be used as a supersonic business jet that can link any two points on Earth, reports Space.com. The company said that a flight from Beijing to New York would only take an hour.

A CGI presentation on Space Transportation’s website shows passengers boarding a plane that is attached to a glider wing with two rocket boosters. The airplane then detaches from the wing after takeoff and flies through suborbital space. The wing and boosters then land back on the launch pad, while the aircraft proceeds to its destination, landing vertically.

A spokesperson told Chinese media that the winged rocket will have lower operational costs than “rockets carrying satellites and be faster than a traditional aircraft.” SpaceX introduced a similar concept in 2017 called “Earth to Earth,” which had been repurposed from its “BFR,”  originally conceived to transport passengers to Mars. Earth to Earth was designed as city-to-city passenger transport using Starship rockets. The company hasn’t released any details about the concept since then.

The aircraft (center) is connected to a paraglider with two boosters. After launch, the pieces separate and the boosters return to the launchpad while the aircraft continues in suborbital space.  Courtesy Space Transportation

Virgin Galactic last summer launched CEO Sir Richard Branson on an 11-minute suborbital flight, officially introducing the space-tourism industry to the general public. A Virgin Galactic executive told Robb Report that space tourism would be the company’s initial focus, but he also foresaw a time when the fixed-wing aircraft would serve as a supersonic commuter.

Space Transportation said last August it had raised $46.3 million for its supersonic space plane, which it claims will travel at about 2,600 mph. The company also said it had recently conducted successful test flights on rockets, called Tianxing 1 and Tianxing 2, but it did not provide information about the tests.