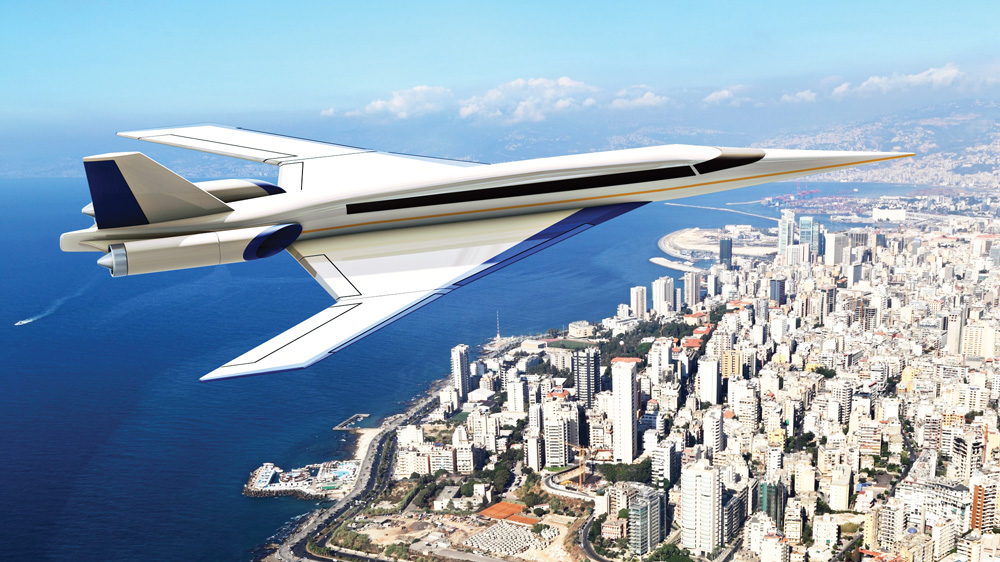 With most business models, you identify a demand and then supply the product or service that meets the demand. That’s not quite the case with Spike Aerospace and its supersonic business jet, the S-512, says Tom Captain, an aviation-industry veteran who recently joined the Boston-based company as an executive advisor.

“This aircraft will actually create demand. It’s not just going to address existing demand,” says Captain, who recently retired from Deloitte, where he was vice chairman and led the company’s aerospace division. “Just like what’s happened with Elon Musk’s SpaceX and others that are introducing relatively low-cost access to outer space. Because these companies came along, they’ve created demand for satellite launches that didn’t exist before.

“We expect that this airplane will create demand for those who are willing to pay about 20 to 30 percent more than a [large-cabin, ultralong-range] business jet, because they can get to their destination twice as fast,” says Captain. “Time is money for businesspeople.”

Priced at $100 million, the S-512 has a projected top speed of Mach 1.6, or 1,100 mph, which, according to Spike, is 450 mph faster than any other civilian aircraft. Just as significant, the boom it produces when it breaks the sound barrier will be quiet enough by the time it reaches the ground to allow for travel at supersonic speeds over land masses with sound restrictions.

“The future of commercial and business travel in the air will involve a revolution in four different ways,” says Captain, explaining why he joined Spike. “One is speed, the second is propulsion, the third is payload and range, and fourth is autonomous controls. I was interested in getting involved in something groundbreaking on one of those four dimensions.”

The speed of the S-512 drew him to Spike, but he’s also impressed by another feature of the aircraft, the high-definition plasma screens that will run the entire length of the windowless cabin walls, displaying video feeds from exterior cameras. The screens could also show a movie or, for the purposes of an in-flight business meeting, a PowerPoint or other presentations from a laptop. The windowless design promises to make the cabin quieter, because it will eliminate wind and engine noise that would otherwise enter through the windows. “I think it’s a groundbreaking feature,” says Captain, who estimates that through Deloitte, he was involved with the development of about one-third of the aircraft models that are currently in service.

The S-512 cabin, which will be about 26 feet long, 6 feet high, and nearly 9 feet wide, will accommodate as many as 18 passengers in a variety of configurations. The aircraft will have a range of 6,200 nautical miles (7,135 land miles). When flying at supersonic speeds, it will be able to travel from New York to London in 3.3 hours, and Los Angeles to Tokyo in just over 5 hours. If the United States didn’t have a speed restriction (as opposed to the noise restrictions that prevent supersonic flights over other land masses), the S-512 would be able to fly from L.A. to New York or Washington, D.C., in less than 2.3 hours—barely enough time to watch a movie on the walls of the cabin.

Spike began test-flying scaled-down, subsonic drone versions of the aircraft last fall. It expects the full-sized, full-speed S-512 to enter service in 2023, after the aircraft receives the required certifications from the FAA and international aviation authorities.

“This story of personal supersonic flight is just another chapter in the whole idea of future mobility,” says Captain. “You’re getting there faster, and you’re getting there at a price point that makes sense. I’m excited. You can see why I joined the company. It’s something I can contribute to, but it’s also the future of flight.”