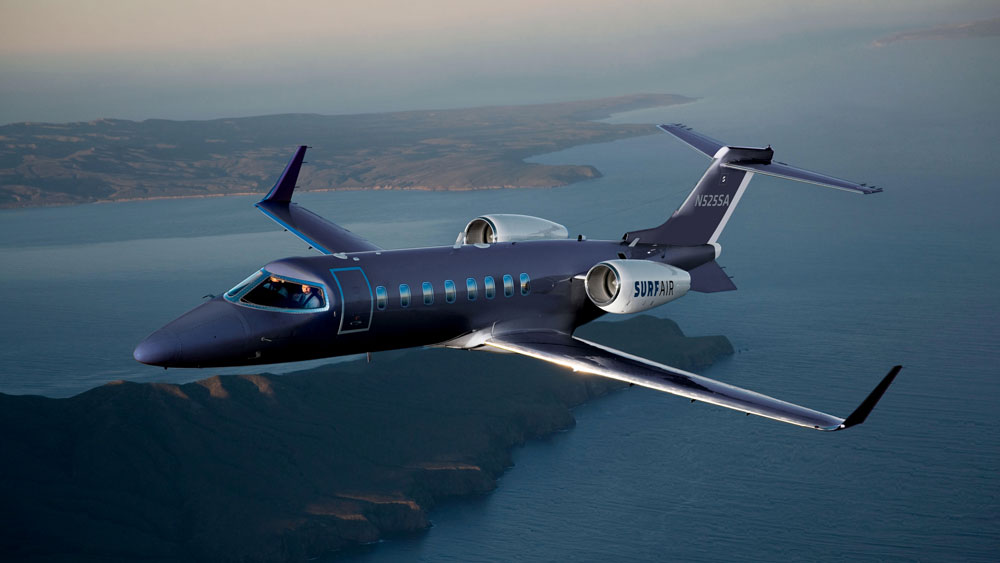 Like JetSuite, JetClass, JetSmarter, and a number of other air charter providers before it, California-based Surf-Air has introduced a new semi-private service tier. Dubbed Surf Air Express, the new program allows fliers to purchase seats on Surf Air flights without the commitment of signing up for an unlimited membership.

Since its founding in 2011, Surf Air’s business has been based on an all-you-can-eat model in which you purchase a monthly membership (ranging from $1,950 to $2,950) that allows you to fly on as many Surf Air flights as you want in their California (plus Las Vegas) network of 11 destinations without additional charges. The company also operates similar networks in Texas and recently expanded to Europe.

Surf Air Express breaks this mold by ditching the all-you-can-fly monthly membership in favor of an annual membership of $2,500 that allows customers to book one-way seats on semi-private flights for a flat fee of $445. This gives customers more flexibility with when they fly and caters to a different lifestyle; the standard Surf Air membership is great for business people or Bay Area to L.A. commuters, but Surf Air Express makes more sense for travelers who want to use their membership to just get away every once and a while. The one catch is that Surf Air members only have access to a portion of the destinations that the unlimited members enjoy.

Of course, like most companies embracing the semi-private model, Surf Air Express is aimed at younger travelers who may not have had experience flying on private jets before. Not only do services like this broaden the pool of potential customers—wooed by their lower prices, which are comparable to business class—they also serve as a sort of gateway drug to private aviation. If services like Surf Air Express are successful in attracting new demographics to charter flying, they have essentially created their own next generation of customers.