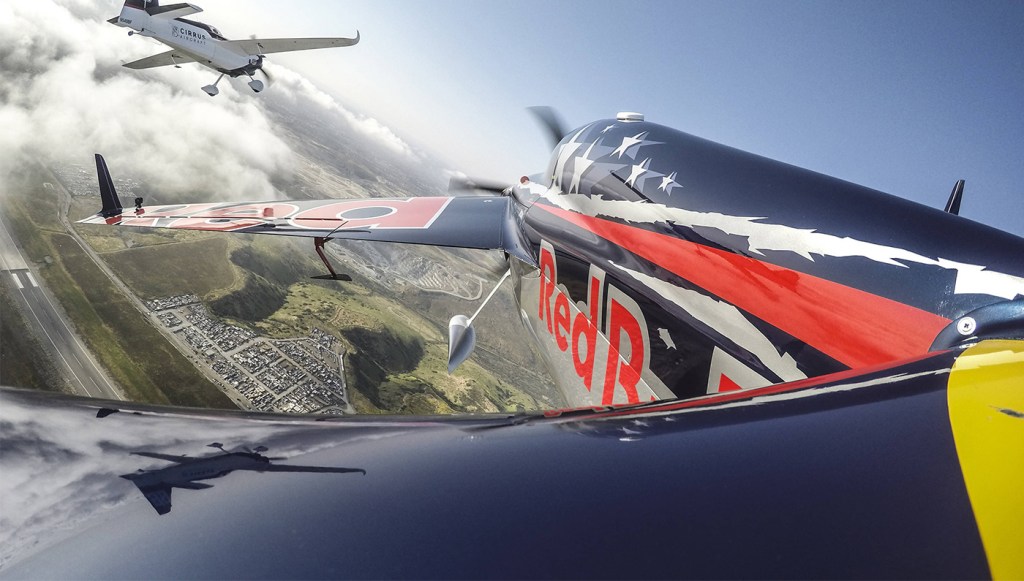 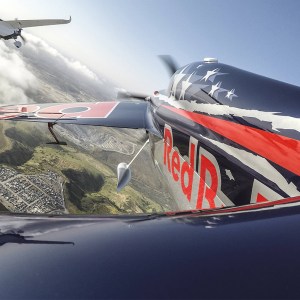 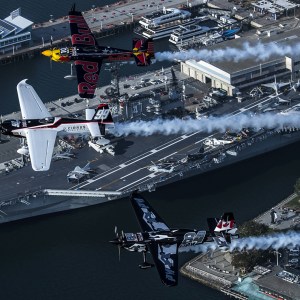 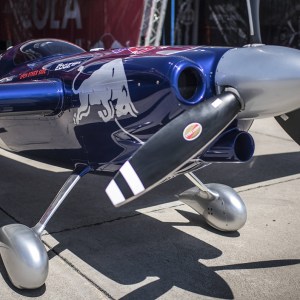 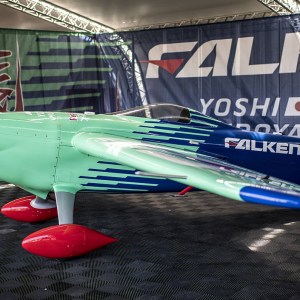 “We might be able to get you a ride in one of the planes at…” A touch of static broke the tail end of the call, but it just didn’t matter.  “Yes, I’m in!” I barked into the phone eagerly, before the offer could be rescinded. I was on the line with an old friend at Hamilton Watches, now the official timing sponsor of the Red Bull Air Races, and the last-minute call was to inform me that Red Bull had a spot for me to ride tandem with one of its race pilots in San Diego. I had already planned to attend the event and, being a bit of a speed junkie, this offer couldn’t be any more appealing. Though I’ve spent a little time on the race track and have flown in a few smaller planes as a means of transportation, this would be something entirely different—would I fare as well with the g forces in the sky as I have on land?

The Red Bull Air Race series runs eight races around the globe, starting in Abu Dhabi and followed by San Diego, Japan, and four other stops before closing in Indianapolis in mid-October. In total, 23 pilots compete between the Master and Challenger classes, all racing in lightweight carbon-fiber-winged aerobatic airplanes capable of 230 knots (264 miles per hour). The way Red Bull runs its Air Race G-Flight Experience, three Challenger pilot rotate out of each race to fly special guests, sponsors, and other VIPs on a 10-minute aerobatic circuit starting with a quick pass through a set of cones, followed by a series of aerobatic maneuvers that includes barrel rolls, loops, snap turns, and other gravity-defying tricks the pilots have up their sleeves.

Suited up and ready to take to the air, I was introduced to our pilot, Mélanie Astles—currently ranked 5th after a podium finish in Abu Dhabi—Red Bull’s first and only female pilot competing in the series. After a brief introduction and quick safety briefing consisting mainly of “we’re not going to crash, but if we do, don’t jump into the tail and don’t forget to pull your chute,” we piled in and headed to the runway. The compact Extra 330LX craft rocketed to takeoff at a blistering pace, and before I knew it, we were lining up at our first of two initial passes through a set of race cones set up near the runway. According to Astles, these made up the trial run where she can see how much aerobatic excitement her passenger can take. Sadly, the last two were unable to proceed after the initial g-force dose.

Only slightly thankful I wasn’t flying on a full stomach, I responded well to our first few passes, and I felt ready for anything. Fueled by my enthusiasm, the onslaught of rolls, loops, Half Cuban Eights, four-point hesitation rolls, and other gravity-defying feats repeatedly pushed the boundaries of what I thought possible. All told, the little rocket pulled upward of 6 gs of the roughly 10 the plane is capable of, hitting speeds between 205 and 248 miles per hour. Of all the plane’s on-paper statistics, it was its roll rate of 400 degrees per second that I found the most tangible.

Reflecting on the day’s events, one thing is certain: Not only did the day stop any nervous reaction to future in-flight turbulence, but it also put an end to my procrastination of starting my pilot’s training. (redbullairrace.com)