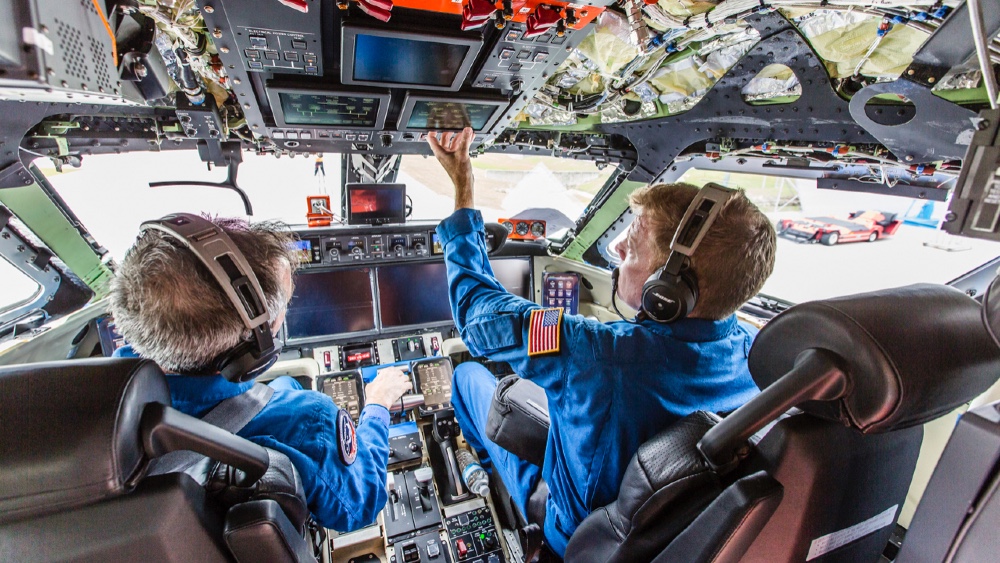 The history of aviation is built on the folklore of hard-flying, hard-drinking, devil-may-care test pilots. “What is portrayed in the movies is that we just get in a plane and push the throttle forward and see what happens,” says Tom Horne, master development pilot at business jet maker Gulfstream. “For the most part, we’re completely prepared for what will happen as well as the next most likely risk.”

“People think test pilots are heroes and taking super risks,” adds Nicolas Chabbert, senior vice-president of Daher’s aircraft division, which makes the fast TBM single-engine turboprop. “But they are exactly the reverse—they are averse to risk.” So they prepare for—hopefully—every eventuality.

Experimental test pilots working on private aircraft have a different job from those working on airliners. “Our customers are driven by speed, security, safety and the ability to do work in their airborne office,” says Horne, a former military test pilot. So while developing airliners is all about incremental improvements in economy and efficiency, business jetmakers can concentrate on pushing the envelope.

For all the professionals’ dislike of surprises, you cannot go without risk, says Airbus Helicopters chief test pilot Volker Bau. “You can do all the theoretical calculations, but for the first flight of a new rotor system, say, there is definitely a high risk.” Bau, also a former military pilot, gives another example of where theory has to give way to practice.

“For a twin-engine helicopter like the new H145 with a five-blade rotor, we have to test what weight you can make a safe landing with an engine failure. The theory says a weight and if you handle it correctly, the engineers put 50 kg (110 lbs.) more on the aircraft, and you do it again. They continue putting more weight on till you do a hard landing.” In other words, until something breaks.

“You can do all the theoretical calculations, but for the first flight of a new rotor system, there is definitely a high risk,” says Volker Bau, Airbus Helicopters’ chief test pilot.  Airbus

So Bau has to be not just a superb pilot and skilled development engineer, but also a survival expert. At the other end of the scale, he’s also flown a mission as a test pilot sitting in a container box—proving that you could fly a 145 completely remotely.

Chabbert has his own version of this. The latest TBM has a HomeSafe autoland system that takes over and lands the aircraft if the pilot is incapacitated. The equipment makes decisions about closest airfields and talks through a synthetic voice to air traffic control. It’s a single-button-activated system designed for the passenger rather than the pilot. For Stephane Jacques, the chief test pilot who tested the system, “the panic was that he didn’t have to panic,” says Chabbert. It was an emergency situation but “there was nothing for him to do and that’s not what he trained for.”

According to Horne, there is at least 50 to 100 times as much preparation as there is actual flying. “But still we’re the first to be flying the hardware and the software,” he says.

Tom Horne, Gulfstream’s lead test pilot, says there is “50 to 100 times” more preparation than actually flying a new aircraft for the first time. “We have to be completely prepared for what could happen,” he says.  Gulfstream

Gulfstream did have a fatal accident in 2011 while testing its revolutionary fly-by-wire, large-cabin, long-range G650. That taught the Georgia-based company, and therefore the whole industry, lessons about how proximity to the ground affects a wing’s stall behavior.

Horne recalls another incident that gave Gulfstream the opportunity to improve procedures. He was doing a test for the Federal Aviation Administration, checking the flight controls with most of the backups turned off. “It was a very basic get-home mode,” he said, “with a less than one in a billion chance a customer would ever get into that situation.”

That meant going from a redundancy of five systems to just one.  “And then we had another failure,” Horne says. “But we had practiced the recovery procedures, and it worked exactly as planned.”

Testing protocol involves determining excess weight capacity of the AC145. To do this, Airbus team adds 110-lb. weights and repeats landings until the new helicopter does a “hard landing,” where the crossbar on the landing gear breaks.  Airbus

The main lesson learned was that it was too risky—so Horne persuaded the FAA to change the tests.

“This higher number of flights and hours was because the Symmetry Flight Deck debuted on the G500,” Gulfstream spokesperson Emily Belford told Robb Report. “Therefore, more flying was required to certify the first application of active control sidesticks, a new data-concentration network and the highest integration of touch-screen technology.”

Most business jets typically have a twin-track goal, to be certified by the U.S. FAA and the European Union’s EASA.  Adobe

Despite their risk-mitigation strategies and hours spent testing, these pilots are still a steely eyed breed apart.

Horne has his own “little aerobatic plane” that he throws himself around the sky in. Vau’s idea of an enjoyable day off is flying one of the five or so remaining airworthy WW2-era Messerschmitt Bf 109 fighters—a notoriously tricky aircraft merely to see out of as well as to fly. They’re not just having fun—they’re also keeping their skills sharp, preparing for the unexpected.

“As test pilots, we know a lot about aviation,” says Horne. “But we don’t know it all yet.”