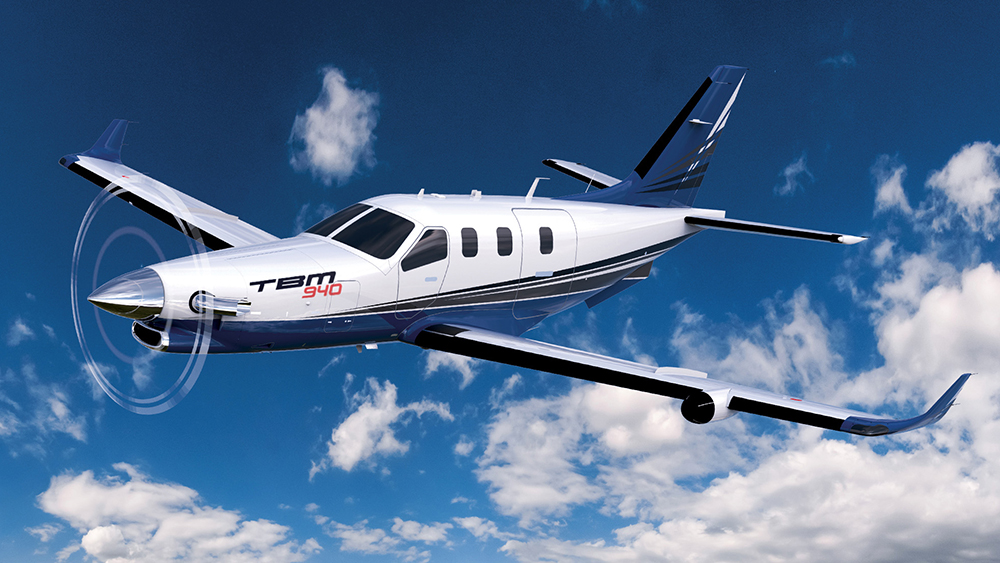 The French aircraft manufacturer Daher has introduced a new flagship turboprop, the TBM 940. It represents an upgrade to the popular TBM 930, incorporating features that make the new aircraft easier to fly, safer and more comfortable than its predecessor.

Foremost among the new features is the autothrottle. The TBM 940 is the first-ever standard-production turboprop of its size to be equipped with this system, which, based on a preset flight profile, automatically adjusts the aircraft’s speed as it climbs following takeoff and as it gets ready to land. In addition to reducing the pilot’s workload, the autothrottle, according to Daher, enables the aircraft to operate efficiently at the edge of the capabilities of its Pratt & Whitney Canada engine.

The engine helps the TBM 940 reach a maximum cruising speed of 380 mph. At that speed, and in optimal conditions, the aircraft has a range of nearly 1,660 miles. When traveling at the long-range cruising speed of 290 mph, the aircraft can fly 1,990 miles nonstop—while burning only 37 gallons of fuel per hour, according to Daher.

The TBM 940’s performance numbers are the same as those of the TBM 930, which was introduced in 2016 and accounted for 21 deliveries last year and 28 in 2017. Overall, Daher has delivered about 270 aircraft in the TBM 900 series since its launch in 2014. The 900 series evolved from the TBM 700 series, which became the world’s first fully pressurized single-engine turboprop when it entered service in 1990.

In addition to autothrottle, the TBM 940 is equipped with a deicing system. When it detects ice, the system alerts the pilot and automatically clears the airframe, windshield, propeller, and the engine’s particle separator.

In the passenger section of the cabin, which seats four people (a fifth passenger can sit in the cockpit next to the pilot), Daher redesigned the seats so they are more comfortable, and it added more thermal insulation to the cabin sidewalls.

Daher expects the TBM to receive its Federal Aviation Administration and European certifications in time for the Aero Friedrichshafen aviation show in April in Germany. Deliveries of the $4.13 million aircraft are scheduled to begin later in the spring.

The company that builds the TBM 940 has aircraft-manufacturing roots that reach back to 1911, when a French company called Morane-Saulnier began building airplanes. In 1966, that company became Socata, which in French stands for “company for the construction of aircraft for tourism and business”—not quite as catchy as Socata or Daher, the latter of which acquired Socata in 2009 and originally changed the company name to Daher-Socata before settling on just Daher.