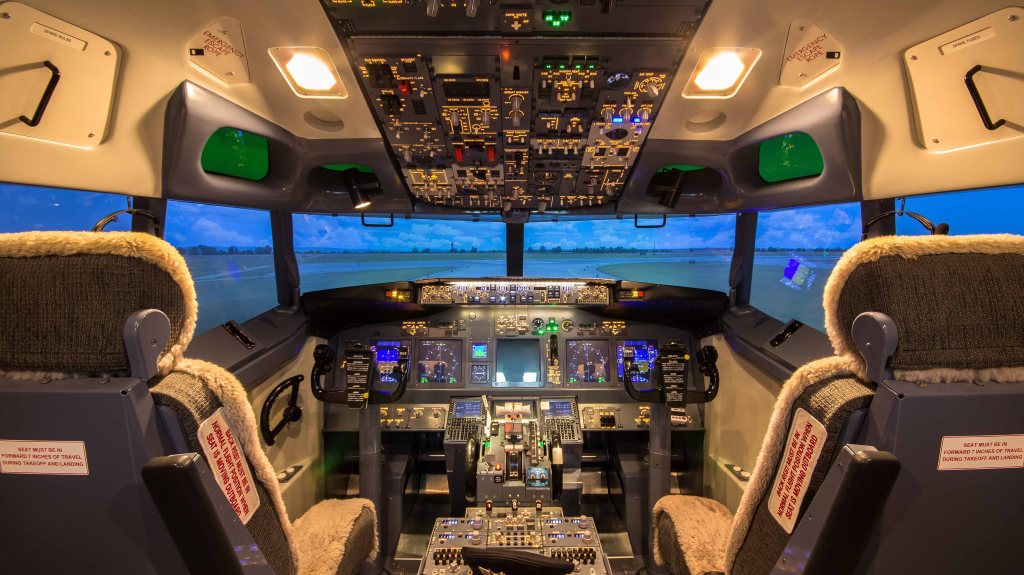 Four years ago, in the 2013 edition of Robb Report’s Private Aviation Sourcebook, Pete Agur talked about the potential downside to a continued economic upswing following the Great Recession: a pilot shortage.

Agur, chairman and founder of the VanAllen Group aviation consulting firm in Georgia, described how a booming economy would enable older, more experienced pilots remaining in the workforce because of depleted 401K and IRA accounts and other economic stresses to finally retire. Meanwhile, for a variety of reasons, few new pilots were entering the workforce to replenish the ranks. If this continued, the supply of pilots would decline but the demand for pilots would increase as more people flew commercially and privately. Consequently, the price for experienced pilots would rise, and only the major airlines, large corporations, and large charter outfits would be able to afford their salaries. “The experienced pilots will be hired by the major airlines and the large private-aviation businesses because they can afford the cost,” Agur said at the time.

That would be great for the pilots—but not so good for the people who fly on charter planes with smaller operators. These companies would have to raise their prices so that they could afford to retain experienced pilots. Alternatively, to fill vacancies left by pilots who departed for better pay, operators would have to hire newer, less-experienced pilots to fly their planes.

Well, the pilot shortage is here, says Agur as well as many industry observers, and the causes include those he cited and others.

The shortage trickles down from the top, where, according to a recent Boeing study, 637,000 new pilots will be needed worldwide over the next two decades to fly the 41,000 new aircraft that the passenger and cargo airlines will purchase during that timeframe.

In the United States, pilots are already beginning to leave the profession in droves as they reach the mandatory retirement age of 65. Over the next 10 years, about 22,000 pilots at the largest airlines are expected to retire. That’s more than 42 percent of the pilots currently working at those companies. The retirements plus the additional aircraft will create a need in North America for 117,000 new pilots over the next 20 years, according to one study. However, because of the dearth of new pilots entering the pipeline, some projections indicate that this country could experience a shortage of as many as 35,000 pilots over the next 15 years or longer.

The reason why the supply of new pilots is not keeping up with the demand is it takes longer to train to become a commercial pilot than it used to (and therefore is more expensive). The salaries and working conditions at regional airlines—essentially the minor leagues for pilots looking to move up to major carriers or corporate-jet jobs—can deter people from entering the pilot profession, and pilot numbers are also down in the military, the airlines’ other farm system.

A decade ago, a pilot could be hired to fly a regional airliner with as few as 250 hours of flight time. Following a series of crashes involving commuter flights—including one in Buffalo in 2009 that killed 50 people—Congress mandated stricter requirements for commercial-airline hires, including 1,500 hours of flight time and additional certification.

More flight time means more monetary investment in securing a job that, initially at least, pays so poorly it could encourage prospective pilots to consider other careers. Starting salaries of less than $30,000 are common. “Employment at a regional carrier sucks,” Patrick Smith, an airline pilot, writes in his Ask the Pilot blog. “It’s not an easy lifestyle, and the pay is the kind of thing that causes people to skip their high school reunions. Salaries have traditionally started out as low as $20,000 a year (in some cases even lower), and have topped out at under six figures. Schedules are demanding and benefits paltry…. An aspiring aviator has to ask, is it worth sinking $100,000 or more into one’s primary training, plus the time it will take to build the necessary number of flight hours, plus the cost of a college education, only to spend years toiling at poverty-level wages, with at best a marginal shot at moving on to a major? For many the answer has been a resounding (and logical) no.”

Don’t look for the U.S. military to pick up the slack in terms of serving as a feeder system for the airlines. The navy has predicted a 10 percent shortage of pilots by 2020, and the air force is expecting to be 1,000 pilots short of its target number by 2022.

“In the late ’60s, we had a pilot shortage,” Agur says now. “So we went through a 50-year span before the cycle has occurred again, and there is no light on the horizon. There’s no indication that there’s going to be a sudden influx of aviators. The military is not going to let go of people, and the military is not hiring a whole lot of people right now. When things cooled down after the Vietnam era, a whole bunch of jet jocks and helicopter guys and gals moved out of the military, creating a flood of civilian pilots. That flood is now receding.”

Fortunately, the shortage should benefit pilots throughout the commercial- and private-aviation industries. They’re becoming more valuable to their employers, and that value should be reflected in better wages and working conditions. “Small companies—one- and two-aircraft operations—where the owners have made a significant contribution to the capital asset [the aircraft] but seem to think they can pay their pilots minimum wage are going to find that model will not work anymore. It has worked in the past because there was no ease of movement from one position to another. Today that’s not true. There are really good companies looking for really good people, and there are some really good people working for substandard compensation who now have options, and they’ll move.”

As Agur suggests, pilots may move up the chain more quickly from the lower-paying jobs at small charter operators and regional airlines to those at the large charter companies and major airlines. (However, Smith argues that the growth of the regional market into a larger percentage of the overall commercial market could stall that movement for airline pilots.) Says Agur, “The charter industry is going to end up with a significant amount of turnover as young, inexperienced aviators are getting some experience and then being tapped by Southwest, Delta, and the other majors, and also by major corporations who are continuing to replenish their pool by adding replacement pilots or new pilots.”

Beneficial as the shortage may be for pilots, Agur reiterates his earlier concerns for charter clients who use the services of small operators. “The risk is going up,” he says. “Charter companies that are not as well-funded as Jet Aviation or Solaris, for example, are likely to have more turnover, and with more turnover comes more variance and more risk. But the large charter companies are going to be able to afford and therefore able to maintain a pretty darn good quality of staffing and continuity.”