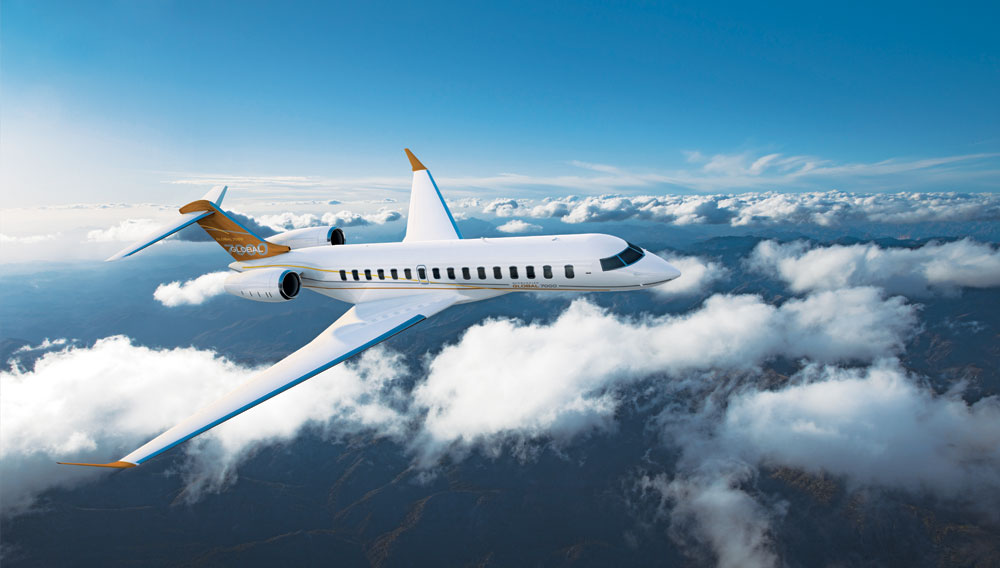 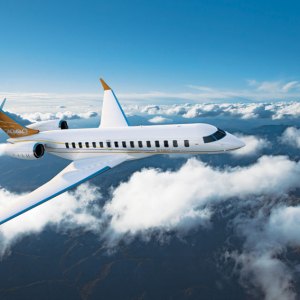 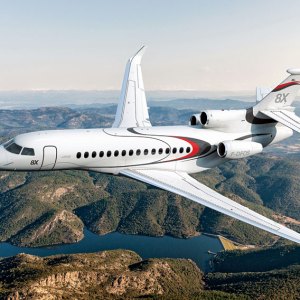 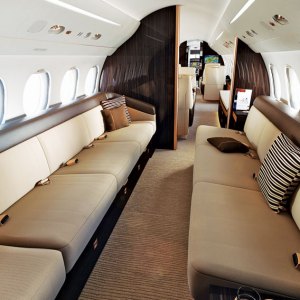 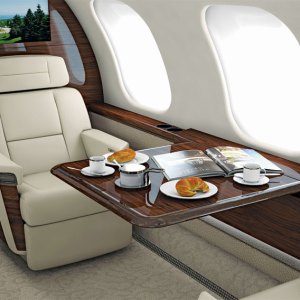 The latest large-cabin ultralong-range business jets promise nonstop service to nearly any destination in the world.

Can a business jet have too much range? This question is becoming ever more relevant as aircraft manufacturers scramble to provide travelers with large-cabin jets that can link nearly any two points on the globe. In May, Gulfstream announced that its newest jet, the G650, is going to receive an upgrade that will increase its range by 460 miles. The new jet, the $66.5 million G650ER, will have a range greater than 8,600 miles, which means that when it takes off from London (carrying eight or fewer passengers) it will be able to fly nonstop (at 562 mph) to any country in the world except Australia. The G650ER is expected to complete the FAA certification process by the end of this year or in early 2015. After it goes into service next year, it will soon be joined by a new long-range offering from Dassault, the Falcon 8X, and will later compete with Bombardier’s Global 7000 and Global 8000, the latter of which will boast a range greater than 9,000 miles.

Range has become the focus of a new arms race in private aviation, but the competition eventually should end. “We have a finite globe, after all,” says Steve Cass, Gulfstream’s vice president of communications. “We’re not there yet, but we’re getting close to the point where you won’t need more range, because it will be cheaper to turn [the aircraft] around and take a different route.”

Nevertheless, large-cabin ultralong-range jets may be the wave of the future. To the aircraft makers, they represent the most important segment of the market, because customer demand for jets capable of making nonstop flights across continents and across oceans continues to grow, even though the prices of these aircraft can exceed $70 million. But corporations are making the investment, presumably because the jets’ range plus their spacious cabins and communications systems enable them to serve as mobile offices as well as bedrooms for C-level managers during 14-hour flights. “The demand for large-cabin jets and long-range jets is ever increasing,” says Bombardier spokeswoman Annie Cossette. “This segment of the market is going to drive worldwide demand for jets for the next 20 years.”

The initial entry in this new category was Gulfstream’s G650, the first private jet capable of traveling 8,000 miles nonstop (when carrying eight or fewer passengers) at a cruising speed of about 560 mph. The G650 went into service at the end of 2012, and since then Gulfstream has delivered about 60 examples of the $64.5 million jet. Wal-Mart, Exxon Mobil, and Qualcomm are said to be among the corporations that own a G650.

“When we were designing the [G650],” says Cass, “we kept hearing from customers that they wanted to go faster, and they wanted more range.” He says there is an enormous backlog for the aircraft. If you placed an order today with Gulfstream, you would not receive your jet until sometime in 2017. Consequently, pre-owned G650s are selling for more than $70 million. Dick’s Sporting Goods reportedly sold its G650 for at least $73.5 million in February.

Robb Report Private Aviation Advisory Board member Kevin O’Leary, the founder and president of Jet Advisors, which has helped several clients buy ultralong-range jets, says this type of aircraft can be a good purchase for the right buyer. Anyone who has traveled halfway around the globe knows how much time can be consumed by the layovers that usually are included. With the right long-range jet, these trips can be completed as efficiently as shorter hops across one or two time zones. “If you can make one more deal because of this jet, then it’s worth it,” says O’Leary. “If you can buy one more company or spend 21 more days in your office [over the course of a year] instead of spending that time traveling around the world, then it’s worth it.”

O’Leary conducted a study on the time executives spend traveling on domestic trips, and he found that they typically save 20 workdays per year by using corporate aircraft instead of commercial airliners. “If you add in international travel, the numbers change,” he says. “If you’re flying regularly to Beijing or Qatar [from the United States], you could be talking about saving 50 days per year per passenger easily. And [with the ultralong-range jets] you can fly around the globe and show up to your meeting refreshed and come home in a couple of days rather than being gone a week.”

Still, O’Leary urges buyers to be prudent. You may purchase an aircraft such as the G650 expecting to use its range, when in fact you will not. Studies of actual corporate usage show that, even for ultralong-range jets, trips average fewer than 1,000 miles. “When we look at how these aircraft are actually flown, it’s surprising,” says O’Leary. “An airplane that’s capable of flying 14 hours straight is most often used domestically to fly two hours.”

The company responded by developing two new jets, one to serve each request. The first is the Global 7000, which has a larger cabin than previous models, enough extra room for a full-size bed and a lavatory or a spacious private office. It is expected to enter service in 2016. The second is the Global 8000, which, with an unprecedented range of 9,000 miles, will be able to fly nonstop between such cities as Los Angeles and Sydney or Geneva and Jakarta. First deliveries are expected in 2017. “It’s worth it to have multiple products in this category,” says Cossette.

In May, Dassault Aviation announced its newest jet, the Falcon 8X, which has a cabin that is about 4 feet longer than that of the 7X, and its range of 7,400 miles is nearly 600 miles greater. It will not fly nonstop as far as the G650 does, but its range covers the distance between such city pairs such as New York and Dubai, and Paris and Tokyo. “This puts Dassault into the big-boy category,” says O’Leary. “It was trailing behind in terms of range with the 7X. It had a smaller cabin and shorter range than even the Gulfstream G550. But now, Dassault is cozying up to those bigger jets in terms of range. And it’s a great airplane. It has versatility that other jets don’t have, so you can get in and out of those tight airports like London City. None of those other planes can do that.”

The launch of the Falcon 8X gives buyers interested in large-cabin ultralong-range jets yet another option. And it presents additional competition for Gulfstream, the company that created this new category. “We feel pretty good,” Cass says when asked about Gulfstream’s rivals. “We’ve done well so far, and we will have five years experience in this market by the time they get on board.”