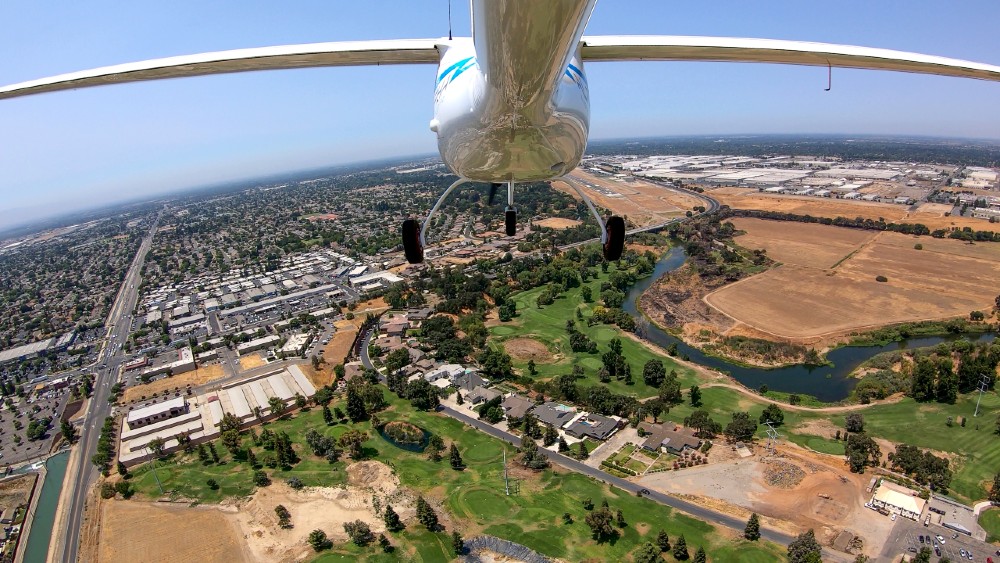 Last week, a two-seat, electric airplane made a round-trip flight between Fresno and Lodi, Calif., running on solar-power-charged batteries. Joe Oldham, president of New Vision Aviation, took off from Fresno in his Pipistrel Alpha Electro on July 20 and stopped at two airports—Modero and Modesto—to recharge before landing in Lodi, then turning around to complete the 220-mile flight.

“A few years ago, we were talking to the folks at Beam, and we said wouldn’t it be cool to use their solar-electric unit and charge the aircraft so we can leapfrog across the San Joaquin Valley?” Oldham told Robb Report. “So that’s what we did.”

Beam’s EV ARC is a mobile, freestanding solar-charging station with a custom converter designed to charge electric vehicles, and now, airplanes. “This historic world record marks the start of a new chapter for zero emissions aviation,” said Desmond Wheatley, CEO of Beam Global, following the flight. “There are around 20,000 public and private airports across the US, and we want to put clean, impact-free charging infrastructure in all of them.”

Mobile charger: The EV ARC, which converts solar power into electricity, was moved from airport to airport to charge the Pipistrel trainer.  Beam Global

While the record may not exactly be historic, Wheatley’s point about using solar technology in small airfields, often in remote or rural locations, is well taken. Beam transported the EV ARC, designed to fit between two parking spaces, to all four California airports to recharge the Pipistrel.

“We demonstrated in this summer of sustainable aviation that we didn’t need to take power from the grid,” Oldham said. “Our goal was to raise awareness of the need for more clean transportation options—and show the world what is possible.”

Electric airplanes represent a minuscule amount of total private aircraft, but the number is expected to grow over the next decade as electrical vertical takeoff and landing (eVTOL) choppers come online. Manufacturers like Pipistrel and Bye Aerospace are developing aircraft with electric engines to be used as cost-efficient trainers.

Beam CEO Wheatley would like to supply thousands of remote airports and airfields with the portable solar chargers.  Courtesy Beam Global

Oldham says his nonprofit, which prepares disadvantaged youth for careers in aviation, has had two electric Pipistrels for three years. “They’ve been quiet, reliable and safe and very nice to fly—much smoother than a piston-engine airplane,” he explained. “Maintenance and electric costs are almost nothing. That’s why we chose them.”

It might be some time before Breed and New Vision attempt another record, but Oldham believes they’ve made a more important point: “We’ve shown that off-the-grid infrastructure for electric vehicles can be leveraged for sustainable aviation.”