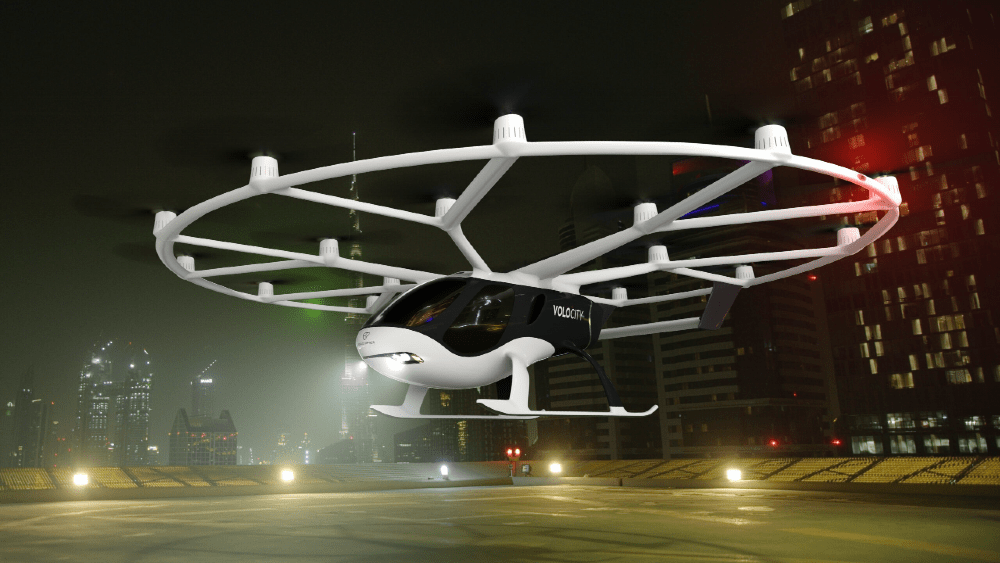 Volocopter flew its electric air taxi for the first time in France yesterday during an air show at the Le Bourget airport. The German eVTOL manufacturer said it plans to have an operating air taxi service in Paris in time for the 2024 Olympic Games.

The Volocopter 2X prototype, which was remotely operated, flew a 1,640-foot route at 100 feet at about 18 mph. The three-minute flight was the first test in a market-development campaign with France’s Civil Aviation Authority.

“The clear intention for Paris 2024, the objective is to actually have a regular service in operation,” Volocopter CEO Florian Reuter told Reuters at yesterday’s event. “That’s a challenge.”

The Volocopter 2X yesterday flew at an air show at the Le Bourget airport, making it the first eVTOL to fly in French air space.  Courtesy Volocopter

The program will move to the Pontoise-Cormeilles-en-Vexin airfield outside of Paris, where a consortium of urban-air-mobility companies called RE.Invent have built a UAM “sandbox” that includes a functioning vertiport to allow the craft to take off and land.

The European Union Aviation Safety Agency (EASA) recently identified Paris as the most promising European city for airport shuttle and air-taxi functions of eVTOL aircraft. Several associations have been working on a UAM system in the Paris Region. The main organizers, Choose Paris Region, Groupe ADP and RATP Group, have selected 30 companies to take part in the RE.Invent Air Mobility initiative that puts Paris as the leader in this space.

Reuter estimates that the urban air mobility market, could surpass $10 trillion. He says his company could be serving a market by 2035 that “has around $300 billion in opportunity.”

“Vertiports” are expected to be common transportation hubs in Paris and at regional airports within flying distance.  Courtesy Volocopter

Volocopter also had a full-scale model of its VoloCity production multicopter on display at the air show. The two-seat VoloCity will be taking “center stage” at the 2024 Olympics, said Reuter. The company is currently working with EASA for certification for the air taxi.

“Volocopter is a vivid example of what the futures of aviation could look like, both carbon-free and innovative,” said Edward Arkwright, Deputy CEO of Groupe ADP, in a statement. “Volocopter is now ready to enter a first test flight campaign by September on the Pontoise airfield sandbox we have been building up in the past months.”

Arkwright said the flight demonstrations in Paris during the 2024 Olympic Games will lay the foundation of a “strong UAM industrial ecosystem” in France.