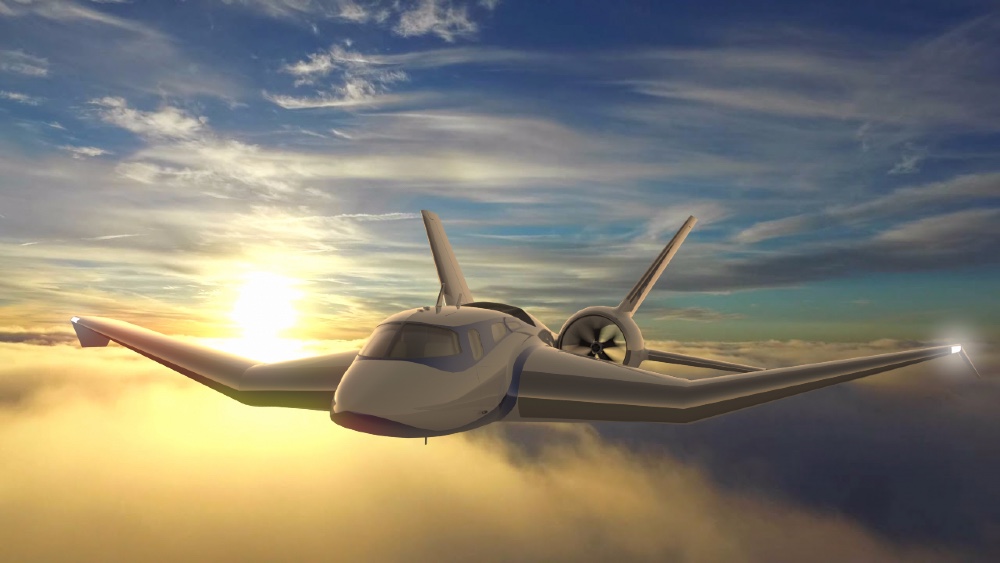 The Pegasus eVTOL, which recently did its initial hover test flight, is more jet than an overgrown drone. It can still do drone-like things—vertical take-offs and landings, hovering in place—but it can also offer performance more in line with a turbine propelled bi-wing. Hence its name: the Vertical Business Jet or, in cooler aviation parlance, VBJ.

The key differences are the multiple means of lift: “The airplane uses fans in the wings to provide VTOL and then transitions to forward flight, giving it the speed, range and safety of a fixed wing airplane,” says Dr. Reza Mia, chairman and founder of the South Africa-based Pegasus Universal Aerospace.

Four fans in the wings provide downward thrust, and once the craft is airborne, the power switches to twin, double-ducted fans in the rear that provide forward thrust. The entire process is controlled by a proprietary system, which reduces the amount of pilot training necessary. The VBJ isn’t the only eVTOL using this method, but it is less common than vertical rotors or tilt-wing technology.

Pegasus is designed to operate in two modes: As a business jet from a conventional runway, or as a vertical takeoff and landing (VTOL) aircraft that can hover and land in a confined vertiport. It will have a top speed of 472 mph.  Courtesy Pegasus Universal Aerospace

The advantages, according to Mia, include higher speeds and greater range. The company projects that its VBJ, with nine people on board, will cruise at 410 knots (472 mph) and have a range of either 2,734 or 1,320 miles. The difference in range depends on how exactly the VBJ takes off. It has the wingspan, thrust and landing gear to use a conventional runway—Mia says the gear, in fact, is sturdy enough for grass runways. If it’s convenient to get airborne from a strip, that method uses far less power and extends the range. By contrast, a vertical takeoff eats up battery and limits the range.

Mia won’t yet say what that price will be, but the company has a functional scale prototype and has patented the design in South Africa, the US and European Union. The South African company  is hoping to have the final VBJ certified for civilian use sometime between 2025 and 2027.