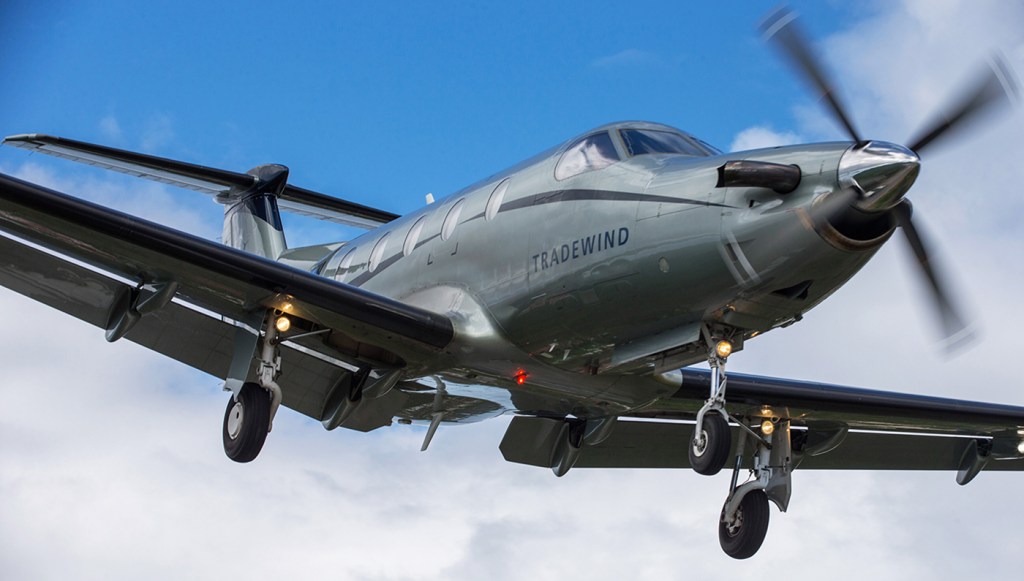 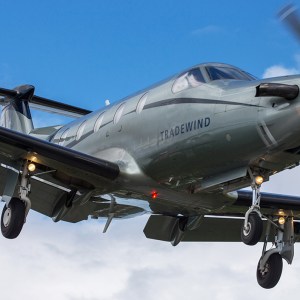 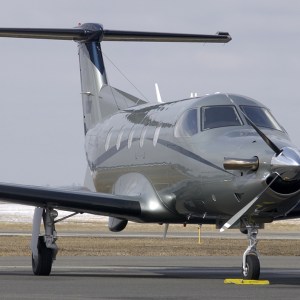 Sitting at one of the round high-top tables in the nearly empty Signature Terminal fixed-base operator (FBO) at Boston’s Logan International Airport, David Zipkin described his recent airline flight from New York. He told how he arrived at the airport an hour before takeoff—maybe a little sooner because he was running late—spent 20 minutes with the other passengers boarding the jet, and then spent another 20 minutes disembarking once it landed.

The flight itself was only 45 minutes. That’s about the same amount of time one of his company’s Pilatus PC-12 turboprops takes to fly from New York to Boston, though it flies roughly 150 mph slower than a regional airliner.

“The distance is shorter for a turboprop because it can fly point to point,” said Zipkin, a cofounder and vice president of Tradewind Aviation, a shuttle and charter company that he and his brother, Eric, have been operating since 2001. “The jet has to take a more zigzag route [for air-traffic reasons].” Zipkin, an instrument-rated pilot, told how during the flight he noted to his travel companion each time the airliner deviated from a direct route between the two cities.

The flight time is similar, but the travel time from Manhattan to Boston for passengers who fly a Tradewind PC-12 can be as much as an hour shorter, said Zipkin, even though the airliner flies out of nearby LaGuardia in Queens, while the turboprop departs from Westchester County Airport in White Plains. This is because Tradewind travelers pass through FBOs at the airports instead of the public airline terminals with the long TSA lines. They can arrive 15 minutes before takeoff—some push it to 5 minutes—and still have plenty of time to check their bags, pass through security, and board the plane, which seats only eight passengers. Also, the airport in Westchester is just 10 minutes from the rail line that brings you from Grand Central Terminal in 35 minutes. “It’s all about efficiency,” said Zipkin. “Our pilots greet you in the FBO when the plane is ready to take off. The bags are checked. You walk to the door. You board very quickly, and you’re off the ground very quickly.”

Tradewind launched the Westchester-to-Boston route last year. It offers two flights each way Monday through Friday. One leaves early in the morning, and the other departs early in the evening. The cost of a one-way ticket is $395. Discounts are available when you purchase books of tickets. The tickets are transferable and can be used for any scheduled flight.

For more than a decade, the company has been running seasonal shuttles from Westchester to Nantucket and Martha’s Vineyard, and throughout the year from San Juan, Puerto Rico, to various Caribbean islands. For skiers, the company offers winter shuttles between Westchester and Stowe, Vt. Tradewind, which operates 18 Pilatus PC-12 aircraft and three Cessna Citation CJ3 jets, also offers an on-demand charter service.

Zipkin and his brother, the sons of a private pilot, started their business with a pre-owned Cessna Grand Caravan. After refitting the interior, they offered charter flights between New York and Nantucket for $3,000 each way. Several of their clients were looking to fly to and from the island on the same days, around the same times, so they asked if they could share the cost of the flight. That request prompted the brothers to begin selling individual seats on regularly scheduled flights.

They soon added the Martha’s Vineyard route and then expanded to the Caribbean in 2006. The popularity of the New York–to-Boston route has Zipkin considering the addition of service between New York and Washington, D.C., and maybe Boston and D.C.

“The efficiency gained [when flying the shuttles] is really pronounced when the alternatives are bad,” he says. “When you spend more time in the airport than flying in the air, something is really off in that ratio. Even when an airline flight goes well, you still ask yourself, ‘Why did I spend all this time?’” (flytradewind.com)