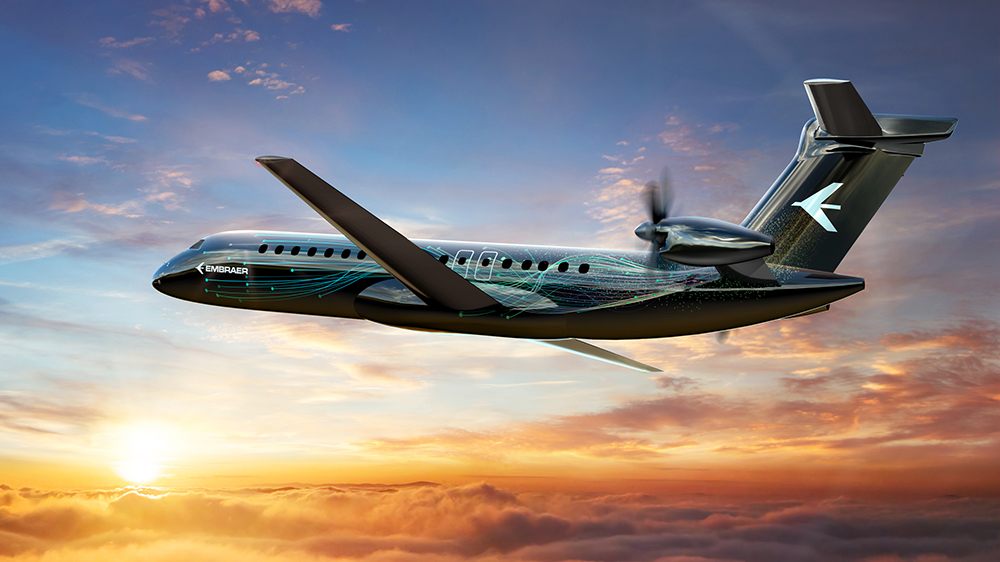 Embraer made news last summer by sharing its vision for the future, which bridges the gap between bold and, well, old: turboprops. Its Next Generation turboprop will address what Embraer believes will be an explosion in regional air travel over the next 20 years, with a design that includes aft-mounted engines for a quieter cabin and better fuel efficiency than its competitors.

While initially aimed at the commercial market, the Next Generation remains a good example of how the new breed of turboprop is differentiating itself from the stodgy, ultrapractical blade-spinners of old. This new guard is quickly becoming known as luxe and tech-savvy aircraft that can fill the roles of small- to mid-sized jets.

“The turboprop story has been a mix of private and business use,” says Philippe de Segovia, director of TBM promotion at Daher, which recently released its TBM 960. “What we see is rising interest from people who are getting caught in airline delays and cancellations, or who don’t want to be forced into close quarters with others, or who need to reach places fast to make appointments without spending too much money.”

The evolution derives from a generational shift, as those under 40 see the market with a greater focus on both convenience and sustainability. “A propeller looks old-fashioned, while a jet is cool and more modern,” says de Segovia. “But the new generation is less concerned with perception, and at end of day, go for efficiency.”

At Beechcraft, the 90-year-old turboprop manufacturer, the movement has led to a reworking of its venerable King Air brand, which first took flight in 1964. Christi Tannahill, senior vice president of customer experience at Textron Aviation, Beechcraft’s parent, points out that recent models such as the King Air 360 and 260 are no longer as utilitarian as previous generations. “The fit and finish have dramatically improved,” she says, noting the upgrades were inspired by luxury SUVs.

That means reshaped cabinetry, pull-out worktables, USB charging stations and upgraded materials. Details such as illuminated cupholders and pinhole lighting along the sidewalls are the types of touches that wouldn’t have made their way into turboprops of the past. But now, luxe is in. “Everything from the seats to the large windows to the accent lighting and resculpted sidewalls has been reworked to create more space overall,” Tannahill says.

On the tech side, Beechcraft has introduced auto-throttle to the cabin as well as digital pressurization that decreases cabin pressure for a more comfortable flight. The 11-seat King Air 360 cruises at 312 knots with an 1,806-nautical-mile range, while the nine-seat 260 nearly matches those numbers.

While those aren’t jet speeds, de Segovia argues that turboprops have an advantage thanks to less time spent interacting with air traffic control—plus, since they are more efficient at medium altitudes, they reach their cruising speeds sooner than jets. “Especially in congested airspace, there’s often no advantage to flying a jet,” he claims.

Daher’s single-prop TBM 960 also runs at more than 300 knots while, in the cockpit, the integrated flight deck includes everything from an auto-landing system to icing detection and protection. The cabin serves up jet-like features, including ambient strip lighting integrated into the header and electronically dimmable windows controlled by a “passenger comfort display.”

And then there are the running costs. De Segovia points to a customer who flies about 500 hours annually: After switching to a turboprop, he saved $400,000 in operating fees while giving up very little luxury. “There’s no comparison between now and 10 years ago,” he says. “Turboprops have amenities for all types of passengers, with a lot of ramp appeal.”