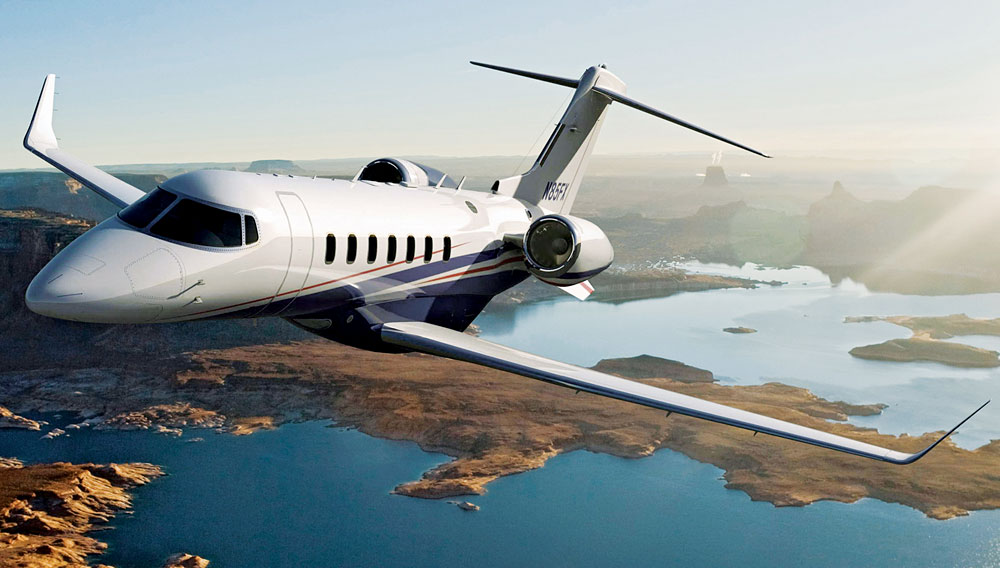 Welcome as the economic recovery has been by the companies that supply private-aviation products and services—the aircraft makers, fractional-share and jet-card providers, and charter operators—the news may not be all good for customers. It certainly is not good for the clients of a pair of fractional-share providers that appear to have ultimately succumbed to the recession. And, needless to say, it is not good for those two companies. But even companies that have survived the recession and now appear to be thriving may be faced with labor issues that concern at least one member of Robb Report’s Private Aviation Advisory Board and, he believes, should concern travelers who fly privately. At the same time, other board members are touting the potential benefits to clients of a relatively new private-aviation option, one that sprung from the recession.

Production Up, Experience Down

On the positive side, aircraft manufacturers seem to be confident enough in the economy to ramp up production of existing models and roll out a slew of new ones.

However, Peter Agur, the chairman and founder of the VanAllen Group aviation consulting firm and a member of the Robb Report Private Aviation Advisory Board (see page 36 for a full list of the members and their credentials) is worried that the ramped-up production could lead to inferior products—meaning jets. “When manufacturers cut back during the recession, they let go of their most expensive workers, who were their most experienced workers,” says Agur. “When things tune back up, when demand for production increases, they hire at the entry level of the labor pool. Quality control suffers dramatically when the products are built by neophytes and inspected by people who are stretched.”

Agur is quick to add that he is referring to reliability issues, not safety issues—jet owners do not have to worry about their aircraft crashing because it was assembled by inexperienced workers. Rather, a jet may not be available to fly when an owner wants it. “You won’t be able to complete your trip, and that will be frustrating, because that’s not why you bought an aircraft.”

The Price of Pilots

According to Agur, if the economy continues to improve, lack of experience also may become an issue with pilots. “The standards are going to have to go down for pilots and crew in order to draw from the available workforce,” he says, referring to the minimum number of flight hours pilots will be required to accrue before they can be hired.

Agur says that depleted retirement accounts and other economic stresses have kept people—including pilots—in the workforce longer than they intended. “But as the economy makes a positive swing, you’ll see a flurry of pilot retirements, and there is a lack of incoming new talent. There is not the type of supply coming from the military that you saw during and after the Vietnam War. So as the economy improves, and more people are flying privately and commercially, the demand for pilots will go up, but the supply will go down.”

Agur does not envision the pilot shortages that some aviation-industry observers have forecast, but he does see experienced pilots—those with 5,000 or more flight hours—becoming more valuable and therefore more expensive to hire. Agur fears that some charter operators will not be able to cover the expense or be unwilling to raise their fees for fear of pricing themselves out of the market. “The experienced pilots will be hired by the major airlines and the large private-aviation businesses because they can afford the cost,” he says.

Or, in the case of large private-aviation businesses at least, they can afford to pass on those costs to their clients. “If you pay $50 million to $60 million for your aviation assets, the operating costs might be a couple million per year,” says Agur. “The labor cost is just a small fraction of that annual cost. And for high-net-worth individuals and major corporations, that cost is consistent with their objectives and will fit within their budgets.”

The Lease You Can Do

As experienced pilots become more valuable, fractional-share providers NetJets and Flexjet should be among the private-aviation companies able to afford them. NetJets is owned by Warren Buffett’s Berkshire Hathaway, and Bombardier owns Flexjet. This financial backing also enabled the two companies to become the first to offer fractional leasing, a concept that emerged from the recession, when fractional-share providers and other private-aviation companies were introducing various new programs in order to remain solvent.

“NetJets and Flexjet can afford not to have owners make the whole purchase and compensate the companies up-front,” says Private Aviation Advisory Board member James Butler, the CEO of Shaircraft Solutions, which, among other services, negotiates fractional-share contracts for its clients.

Leasing a fractional share is similar to leasing a car: You make fixed monthly payments but no large up-front payment, and at the end of the lease agreement—which with NetJets can run from two to five years—you do not own anything and therefore do not have to worry about residual values.

“Leasing started after clients had taken significant hits on their capital investments in fractional shares,” says Private Aviation Advisory Board member Lee Rohde, president and CEO of the aviation-consulting firm Essex Aviation Group. “The benefit is that there is no capital exposure. You don’t have to worry about the buy-back rate when you’re ready to sell your share or laying out a large sum when you buy the share.”

In terms of overall cost, leasing fractional shares can be more expensive than purchasing a flight card, but, as Butler notes, it offers other benefits. “As with fractional-share ownership, you may be able to negotiate concessions into the lease contract, which you can’t do with flight cards,” he says. Those concessions may include short-leg waivers or shorter call-in times to arrange flights.

Butler also points out that annual cost increases are fixed in a lease contract. “But when a card runs out, it’s a new day,” he says. “There are no limits on the cost of a new card.”

Leasing also may be more pleasing to a corporation’s shareholders. “Some companies don’t like showing a private-jet asset on the books,” says Butler. “With a lease, it’s easier to present the jet as a travel expense, which may be less controversial with shareholders.”

CitationAir and Avantair apparently never recovered from the recession or its lingering effects. Last year, CitationAir, which is owned by Cessna, stopped selling fractional shares and jet cards. It now offers only charter and aircraft-management services. In June, Avantair grounded its fleet of 56 twin-engine Piaggio P.180 Avanti turboprops and furloughed its pilots and other employees. In July, the company, which was founded 10 years ago in Clearwater, Fla., was on the verge of bankruptcy.

Rohde says that owners of CitationAir shares can expect to see low residual values when they sell back their shares at the conclusion of their contracts, but until then, they will not experience any loss in flight service—though they may not always be flying on CitationAir jets. “Citation has to retain enough lift to support the program, but it can’t continue to hemorrhage money with its aircraft and pilots,” says Rohde. “Look for the company to make an arrangement with a large charter provider. So share owners and card holders can expect to be flying chartered planes provided by a third party. It will be the same plane model they’ve been flying, but it won’t necessarily be outfitted the same.”

Rohde says clients opposed to such an arrangement do not have any real recourse, because the fractional-share and flight-card contracts allow CitationAir to use third-party chartered aircraft. “The clients can execute their option to have their share repurchased, but they’re going to lose money because of the loss of the share’s residual value,” says Rohde. “They’re better off just flying out the hours.”

CitationAir clients are in a much better situation than Avantair clients will be if the company does file for bankruptcy. “Avantair contracts do not include a guaranteed buy back, so clients are not going to get their capital back,” says Rohde. “If the company goes into bankruptcy, its assets will be sold off, and the money will be divided among debtors and owners. Owners probably will be lucky to get five cents on the dollar.”

Chairman and Founder, The VanAllen Group

Peter Agur has been a management consultant since 1985. His firm provides consulting services for large public and private corporations, high-net-worth individuals, and royal families. Agur began his career as an army aviator and went on to work for several major airframe manufacturers. He has a bachelor’s degree in aeronautical sciences from the Metropolitan State College of Denver and a master of business administration from Georgia State University.

James Butler is an attorney and CEO. He negotiates private-air-travel investments for individuals and businesses, including fractional ownership, jet-card programs, and charter. Butler also specializes in fractional-share valuation disputes. His clients include the professional golfers Scott Verplank and Scott Hoch and the NFL Hall of Famer Howie Long. He authors Inside Private Air Travel, a blog devoted to private air travel (blog.shaircraft.com).

Ed Kammerer advises the business-aviation community on a range of transactions and issues. He has more than 30 years of experience in aircraft and equipment acquisitions and finance. Kammerer’s strategic solutions enable his clients to achieve their business-aircraft ownership and operating objectives.

Walter Kraujalis is an aviation consultant and attorney, with expertise in safety and flight-operation audits, jet and helicopter acquisitions, business development, and due diligence. He is an airline-transport-rated pilot with more than 10,000 hours of flight time. Kraujalis is also a speaker and instructor at industry functions, and he has published many articles in aviation publications.

Kevin O’Leary heads Jet Advisors, a full-service private-jet acquisition and brokerage firm that has negotiated, contracted, delivered, exported, and placed into service more than 600 aircraft. Its Private Jet Index gives buyers an advanced analytical tool for selecting the optimum private jet based on nearly 50 parameters. Prior to founding Jet Advisors, O’Leary was a sales manager at Hawker Beechcraft. He holds an MBA and is pursuing his doctorate in aviation at Embry-Riddle Aeronautical University.

Bill Quinn has been involved in aviation for nearly 40 years. He has served as a helicopter crew chief in the United States Navy, worked for several aircraft manufacturers, founded successful aviation businesses, and served as the director of aviation for a Fortune 500 company. He holds an airline-transport pilot license with type ratings in both business jets and helicopters and is a certified aircraft appraiser.

H. Lee Rohde III is the founder and currently serves as the president and CEO of Essex Aviation Group, Inc., a Portsmouth, N.H.–based company that provides new- and preowned-aircraft acquisition services along with business and private-aviation consulting services to a wide range of high-net-worth individuals and corporate clients. Rohde is an experienced pilot and holds a bachelor’s degree in economics and a master of business administration from the University of New Hampshire’s Whittemore School of Business and Economics.

Keith Swirsky is an attorney and tax specialist focusing on corporate aircraft transactions and aviation taxation. He has practiced law for nearly 30 years and has planned and structured more than 4,000 aircraft transactions. His firm provides tax and regulatory planning and counseling services to corporate-aircraft owners, operators, and managers. Swirsky counsels on an array of aviation matters, including tax-efficient structures, business terms and documentation pertinent to purchases and sales of both new and preowned aircraft, and external management arrangements.