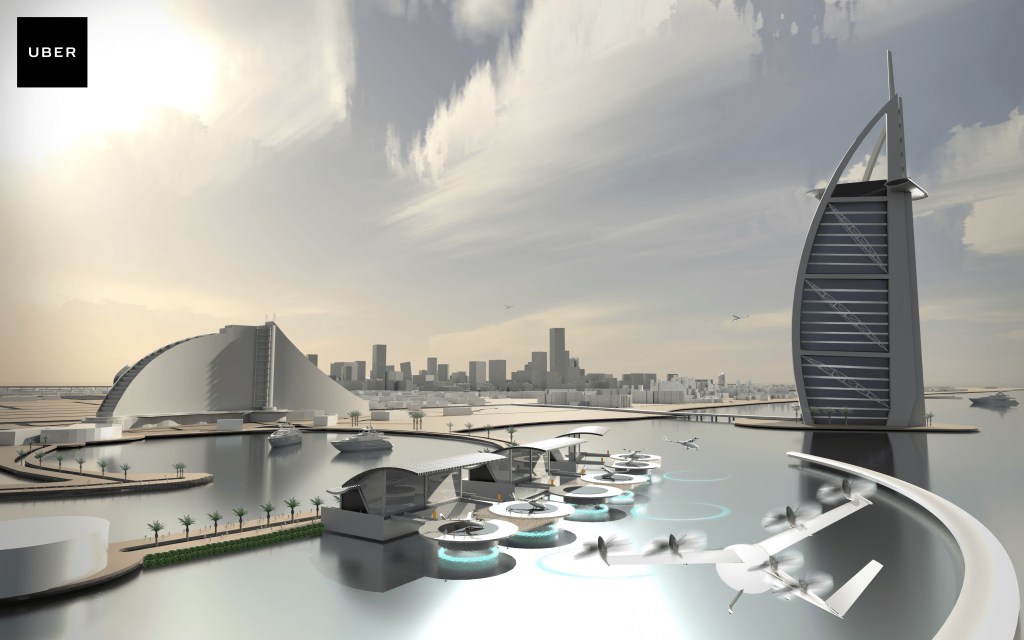 Leaders at Uber, the popular ride-share network, are looking to the future, and they see a world where flying taxis solve our urban transit problems. Earlier this year, the company hired Mark Moore, a longtime NASA engineer with a focus on new aviation technology, to lead that effort, and in April, Moore hosted the first-ever Uber Elevate Summit. The three-day affair brought together 72 industry experts to hash out ideas toward creating a viable urban transit network using small aircraft that can take off and land vertically.

The company made a commitment to work on two demonstration projects that it says will be up and running by 2020—one in Dallas–Fort Worth, Texas, and one in Dubai, in the United Arab Emirates. Both projects will leverage local partnerships with real-estate companies to create rooftop landing pads that can provide air-taxi service to nearby destinations. The small aircraft will have seats for two to four passengers plus a pilot—at least, at first. Uber’s vision includes eventually to provide fully autonomous aircraft, which will be watched over by a remote operator who could take over control if needed.

Moore laid out the challenges ahead to make the vision into reality—the aircraft need to be quiet, to avoid annoying neighbors in densely populated cities; they need to be safe, reliable, and efficient; and preferably they will be powered by batteries, to be emissions-free. They should cruise at 150 mph, and be capable of flying at least 60 miles nonstop. Is the vision achievable? 2020 is not that far away—we’ll have to wait and see. (uber.com)