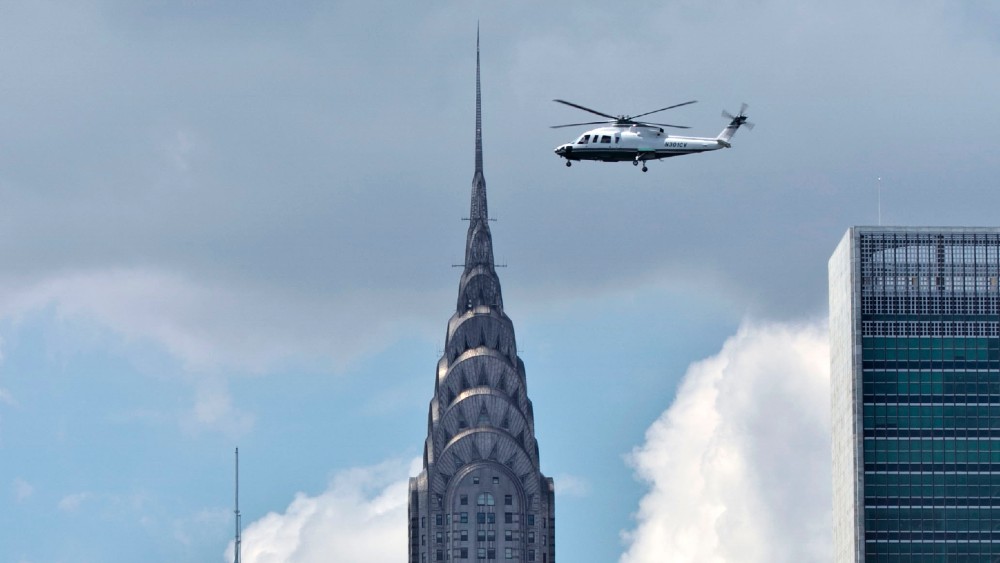 Flying taxis may not be off the ground yet, but that doesn’t mean Uber hasn’t figured out a way to make flying out of New York that much easier.

The company has announced plans to offer on-demand helicopter flights from Lower Manhattan to John F. Kennedy International Airport this summer, reports the New York Times. Starting July 8, Uber Copter users will be able to make the trip, easily one of the most inconvenient in the city, in just eight minutes.

“This is a trip that so many travelers make a day, and we see an opportunity to save them a huge amount of time on it,” said Eric Allison, the head of Uber Elevate.

The company said the brief flight—about 30 minutes all-in when ground transport is included—will cost between $200 and $225 per person. Similar to Uber car rides, flights will have dynamic pricing determined by demand. While not exactly cheap, the time-saved is sure to interest travelers of means. The same trip can take between one hour and two hours by car or between 50 and 75 minutes by train.

Uber Copter will only be available to Platinum and Diamond members of its customer loyalty program, Uber Rewards. Qualifying customers will be able to book a helicopter up to five days in advance for up to five people, including private ground transportation on both ends. The flights, which take off from near the Staten Island Ferry and land at a helipad near Terminal 8, will run Monday through Friday during afternoon rush hour.

According to the Times, Uber Copter will be operated by HeliFlite, a Newark-based company that oversees a fleet of twin-engine helicopters, and each flight will have two pilots. One potential sticking point—at least for some customers: Each passenger will be allowed only one personal bag and a carry-on weighing less than 40 pounds because of space and weight constraints.

As reported in this space, Uber Copter isn’t the first service to fly customers from Manhattan to the airport. Launched in March, Blade Airport flies between three Manhattan locations and JFK, La Guardia Airport and Newark Liberty International Airport. Flights—which run from 7 a.m. until 7 p.m. Monday through Friday and 2 p.m. to 7 p.m. on Sunday—cost $195 per person and include private car service between the helicopter and terminal.

Time will tell who will win the airport ‘copter wars, but we’re betting neither company will lack for customers.