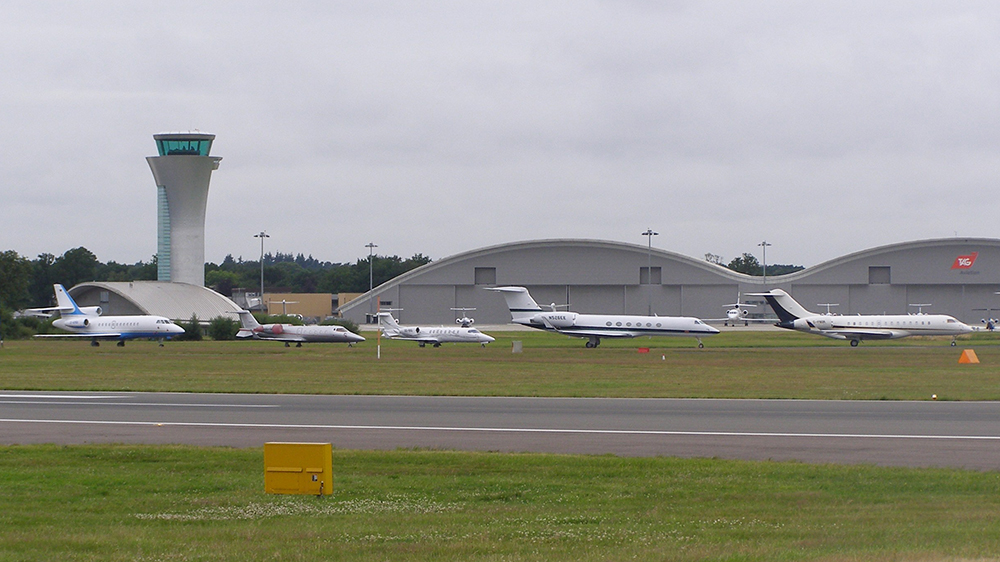 The UK is toughening up its aviation sanctions against Russia due to the country’s ongoing invasion of Ukraine.

Just days after the European Union and the UK closed their airspace to Russian-owned private aircraft, a private jet with suspected links to Russian oligarch Eugene Shvidler has been impounded at an airport in Hampshire under new powers handed to the UK’s aviation authorities.

The Bombardier Global 6500 arrived in Farnborough airport (pictured above) from New Jersey on Friday, March 4, and was detained on the orders of UK transport secretary Grant Shapps just a few hours before it was due to fly to Dubai on Tuesday, March 8, as reported by the BBC.

Shapps said the jet, which costs between $44 million and $56 million new, had been detained while an investigation into its connection with Shvidler was carried out. The transport secretary revoked the jet’s foreign carrier permit to stop it from legally carrying passengers and issued a restriction of flying order to ground the plane. Shvidler has himself not been personally sanctioned by the UK at any stage.

Worth about $2 billion, Shvidler is the chairman of Millhouse Capital, a British-registered company that manages the assets of Russian tycoon Roman Abramovich and his partners.

“We will always work to deny [Russian President Vladimir] Putin and his cronies the right to continue as normal while innocent Ukrainians suffer,” Shapps said.

Although relatively new, the widespread aviation sanctions are already having a major impact on Russia’s private jet market. In fact, the number of private jets flying out of the country has already nosedived some 25 percent in the past few days.

It’s not only private jets the UK is targeting, either. New trade sanctions will prevent the country from exporting aviation or space-related technology to Russia.