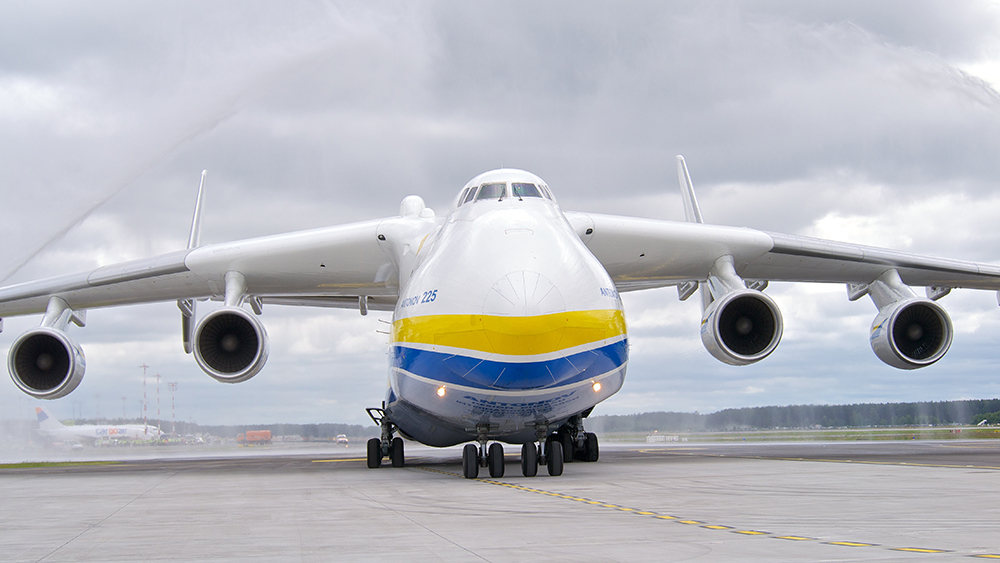 The world’s largest plane was destroyed earlier this year when Russia invaded Ukraine, but its supersized successor could soon hit the skies.

Ukraine President Volodymyr Zelensky recently announced the country will build a second Antonov An-225 Mriya to replace the first and only example, which was destroyed at an airfield near Kyiv in late February.

During an online meeting with Ukrainian students last Thursday, the president said the new aircraft would be dedicated to the pilots killed in the war. In particular, those who fell while defending Mariupol.

The destroyed Antonov An-225 Mriya plane in Kyiv.  AP

“To build a Mriya for the sake of the memory of heroes is the right state position,” Zelensky said.

Named after the Ukrainian word for “dream,” the Mriya was a gigantic cargo aircraft built by the Soviet Union’s Antonov Design Bureau in the late ‘80s. The original model, which took its first flight in ‘88, held several world records regarding size, wingspan, weight and payload before it was turned to rubble. For context, the 285-ton behemoth measured 275 feet and had a wingspan of 290 feet (about five semi-truck trailers set end-to-end).

Antonov initially planned to roll out two Mriyas, but construction on the second model was terminated in ‘94 due to lack of funding.

“We wanted to build it, we needed $800 million,” Zelensky added. “I appealed to the President of Turkey with a proposal to build the second Mriya, but we did not find the money.”

As a result, the aircraft is approximately only 70 percent complete and has been collecting dust for the past 30 odd years. With avionics and other aerospace components needing to be installed, the revival will take a huge amount of time and money. Zelensky suggested $800 million, but it could indeed be more.

To give you an idea, Ukroboronprom, the Ukrainian defense industry conglomerate which helms Antonov, said back in February that building a new Mriya would cost more than $3 billion and take five years to complete. On top of that, the An-225 costs roughly $30,000 an hour to operate.

Ukroboronprom didn’t mention the cost of resurrecting the second airframe, but Antonov has even tried crowdfunding the project.