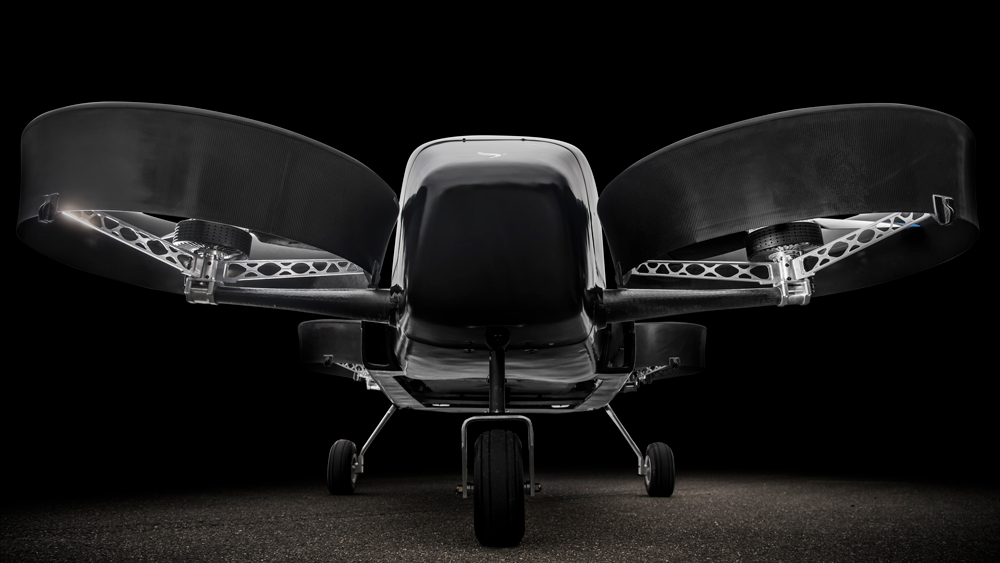 It’s not just American companies like Uber and Boeing that are working to transform urban commuting into a Jetsons-like future filled with flying cars and air taxis. Vertical Aerospace, based in Bristol, England, recently announced that it had become the first UK firm to operate a successful test flight of a full-scale electric vertical takeoff and landing (eVTOL) aircraft.

Considering the long and frustrating journey to even move a concept beyond the ink-and-paper stage, it’s particularly amazing that Vertical Aerospace’s eVTOL demonstrator craft was designed, built, and flown all within the span of a year. Of course, that might have something to do with the pedigree of its 28-person team, which includes former employees of Airbus, Boeing, Rolls-Royce, and GE, among other industry-leading companies.

Though announced days ago, the test flight itself occurred back in June, when the prototype aircraft took off and flew unassisted across Cotswold Airport. The 1,653-pound aircraft flew unmanned for this maiden voyage, and the trip was short—but it did serve its purpose as a proof of concept. Now, Vertical Aerospace will continue to focus on developing the technology needed for longer-range flights, a hurdle that all eVTOLs face due to current limitations in battery technology.

Like most of the VTOL developers we cover, Vertical Aerospace is working under an aggressive time frame, saying it plans to begin offering intercity air taxi service within four years. Given the delays endemic to aircraft development, we’re not marking our calendars just yet, but we do wish them success. As noted by the EU Committee on the Environment, Public Health, and Food Safety, if global aviation were considered a country, it would be ranked among the top 10 greenhouse gas emitters in the world—and demand for air travel is only growing. That’s why all-electric options like eVTOLs may end up being so instrumental in the effort to cut down on emissions in the future.