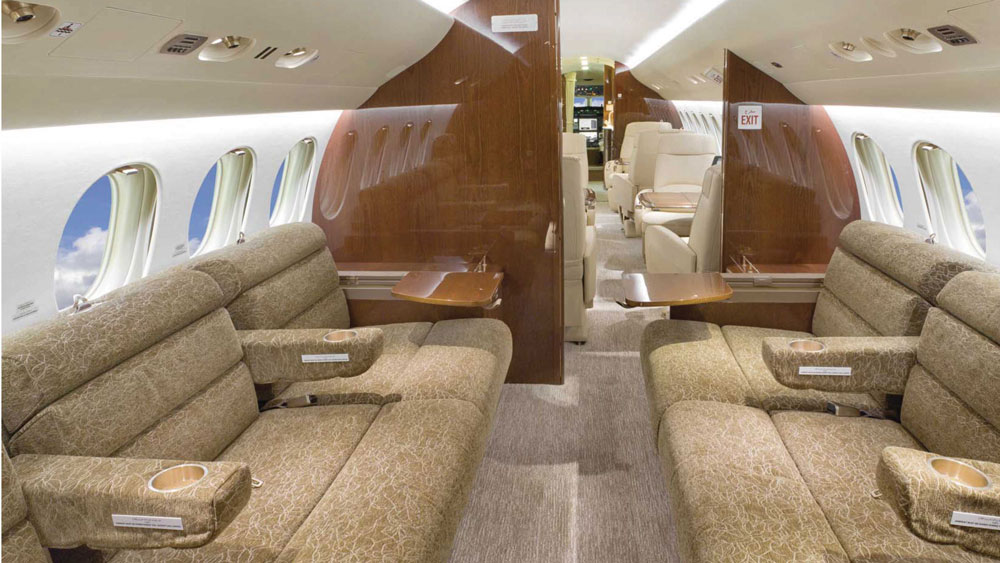 A strong economy, coupled with the rise of tech-driven flight services and semi-private flying, has lead to a surge in customers utilizing on-demand air travel. Providers like VistaJet, PrivateFly, Wheels Up, and a number of others have consequently experienced double-digit growth last year. As with any expanding industry, there are plenty of newcomers who want to grab their share of that multi-billion-dollar pie.

The latest to enter the field is boutique private charter company Planet Nine, which specializes in long-haul flights. Making its official debut at the National Business Aviation Association (NBAA) San Jose Regional forum, the firm has only been open since June, when it earned its FAA Part 135—the certificate that allows charter operations. Based in Los Angeles, the 28-employee company operates a fleet entirely comprising the Best of the Best–winning Dassault Falcon 7X. Well, fleet may be a bit of an exaggeration at this point, as Planet Nine currently operates two jets, the second of which entered service a few weeks ago and was on display at the conference.

This most recent plane is configured to seat 16 passengers (the aircraft’s max) and can sleep six. The cabin features three distinct zones, and the aft portion can be closed off to become a private stateroom. Oh, and if you can’t go anywhere without your furry friend(s), you’re in luck: pets are allowed.

The jet has a range of 6,847 miles, which is more than enough to make transatlantic crossings. In fact, the company has already run charters across the pond to London and Cannes, as well as missions to Honolulu. The Falcon 7X is also highly efficient, consuming 15 to 20 percent less fuel than similar jets in its class. And if that doesn’t ease your eco-conscious heart enough, Planet Nine also offers a carbon-offset program in which clients can purchase offsets through TerraPass, which funds clean energy projects in the U.S. to harness wind power and capture methane at dairy farms, landfills, and from coal.

Even with all of this, Planet Nine shows no signs of slowing down; it already plans to add two more Falcon 7Xs to its fleet before the end of the year.