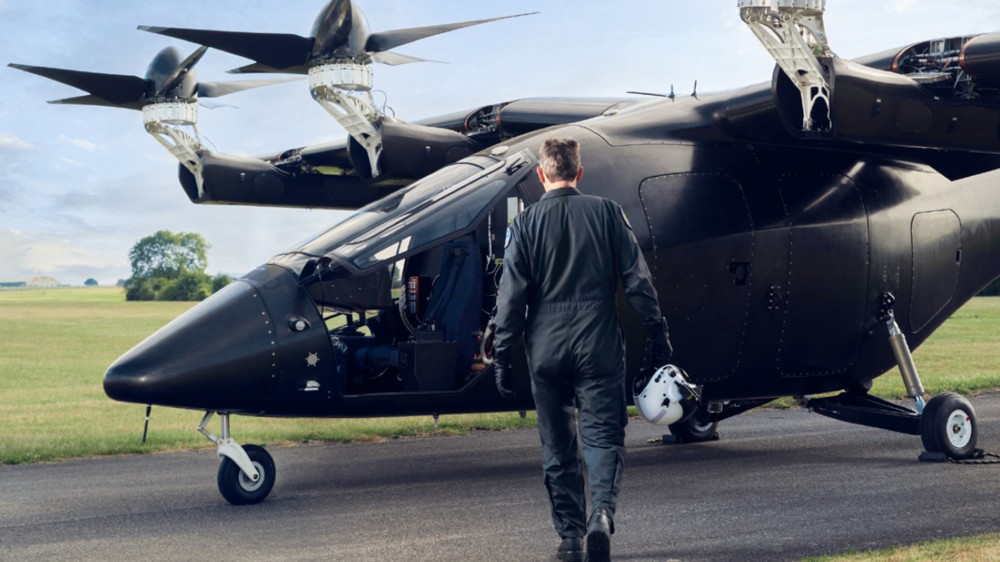 Vertical Aerospace last weekend flew its full-scale demonstrator model. The UK company said the VX4 eVTOL briefly took off over the ground with a pilot. The company claims the tethered flight makes it the first “British company to start flight tests with a new aircraft in over 20 years.”

The flight-testing program is expected to continue for several years. Different stages of flight, including flying at higher altitudes and transitioning from vertical to forward flight, will be part of the process. Vertical hopes to have the aircraft certified by the UK’s Civil Aviation Authority (CAA) and the EU’s EASA by 2025. The company was earlier issued a “Permit to Fly” by the CAA.

“This test represented the culmination of many months preparation by a huge team and being at the controls of the VX4 for the first time was an honor and a proud moment for us all,” said Justin Paines, Vertical Aerospace’s chief pilot, who flew the aircraft.

Vertical CEO Stephen Fitzpatrick told Robb Report in June that the team had been planning to fly the aircraft by the end of the year. The company was listed on the New York Stock Exchange in December 2021.

Fitzpatrick, who previously owned a Formula One team, decided to get into the electric aircraft race in 2016, prompted by a four-hour commute in Sao Paolo to a Formula 1 race. “We were stationary in traffic for nearly ten miles,” he said. “So, I started to think that what if a city like this—with the largest number of helicopters in the world—had aircraft that were quiet and clean. I felt it would be like converging Formula 1 technology and aviation.” Lightweight carbon fiber, hybrid engines and composites, “our racing team had everything we needed to build airplanes,” says Fitzpatrick. “I thought it was just a question of commercializing the tech we already have.”

Vertical Aerospace’s VX4 has a range of 100 miles, with the ability to cruise at 150 mph and reach a top speed of 200 mph. While it doesn’t resemble a Formula 1 car, Fitzpatrick thinks it’s the best-looking eVTOL on the market. Joby Aviation, Archer, and Lilium have all been testing their eVTOLs with more extensive flights, offering competition on the race to certification.

“The market opportunity for these aircraft is enormous,” says Fitzpatrick. “I’m not even sure being the first mover is an advantage.”

Vertical Aerospace has partnered with Honeywell and Rolls-Royce to develop the VX4. “We’re working with tier-one aerospace suppliers,” says Fitzpatrick. “We’re not making out that we’re reinventing aviation, but we are adhering to established standards and choosing the lowest-risk path to certification.”

The company has already received more than 1,400 conditional pre-orders from Virgin Atlantic, American Airlines, Japan Airlines and Air Asia. American recently committed to a pre-payment for its first 50 deliveries of the VX4. The testing protocol continues.