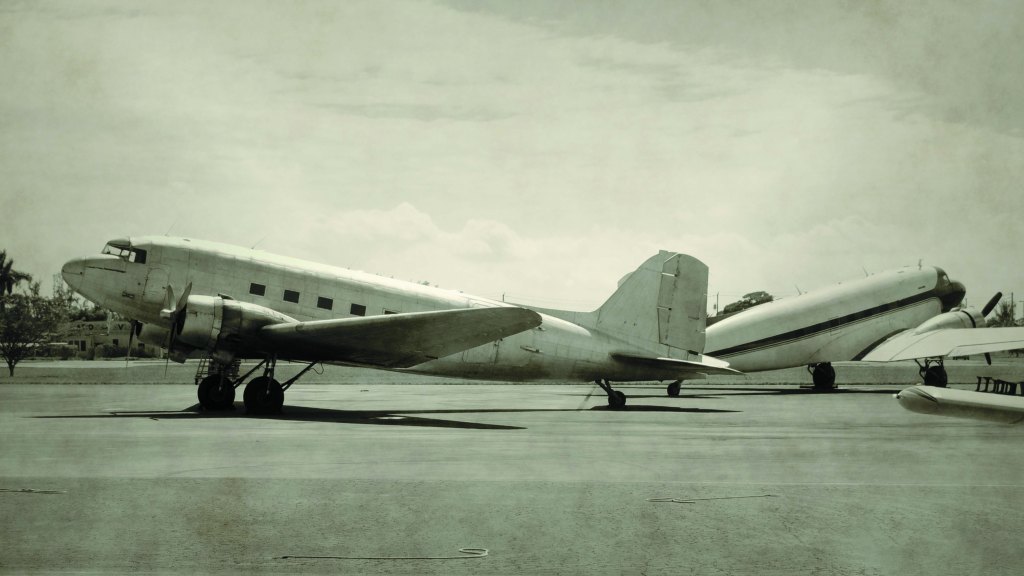 The Douglas DC-3 is one of the most iconic of airplane designs—with its long, tapered wings, two big round engines, classic propellers, and art-deco vibe, it’s a favorite of pilots and romantics everywhere. This summer, Breitling is flying its own copy of the legendary airplane on a round-the-world trip to celebrate and share a passion for aviation and aeronautical heritage.

Breitling’s beautifully restored DC-3 was first flown by American Airlines in 1940, then served the U.S. military between 1942 and 1944. After the war, the airplane returned to work for various airlines. The DC-3 was showing its age when pilot Francisco Agullo and a group of dedicated enthusiasts took it on as a restoration project in 2008, with Breitling’s support. Until launching the global flight, the airplane was used for special events and flight demonstrations. The cabin seats up to 20, and the airplane flies at up to 150 mph, with a crew of two pilots.

Breitling launched the round-the-world tour in the restored airplane in March, from Geneva. So far, the crew has visited the Middle East, India, Southeast Asia, China, and Japan. The airplane now is on the West Coast, and will travel across the U.S. this summer, stopping in Phoenix and Dallas; then the world’s largest air show in Oshkosh, Wis., in July, and on to Chicago, Toronto, New York, and Boston. The tour will conclude in Switzerland, in September, at the Breitling Sion Airshow.

Along with the crew, the airplane is carrying 500 limited-edition Navitimer steel-case, 47-jewel watches, which will fly onboard the DC-3 throughout the tour. Each caseback is engraved with the Breitling DC-3 World Tour logo. After the conclusion of the flight, the watches will be sold and delivered with a certificate signed by the flight captain. At 77 years old, Breitling says its DC-3 is the oldest airplane ever to fly around the world.