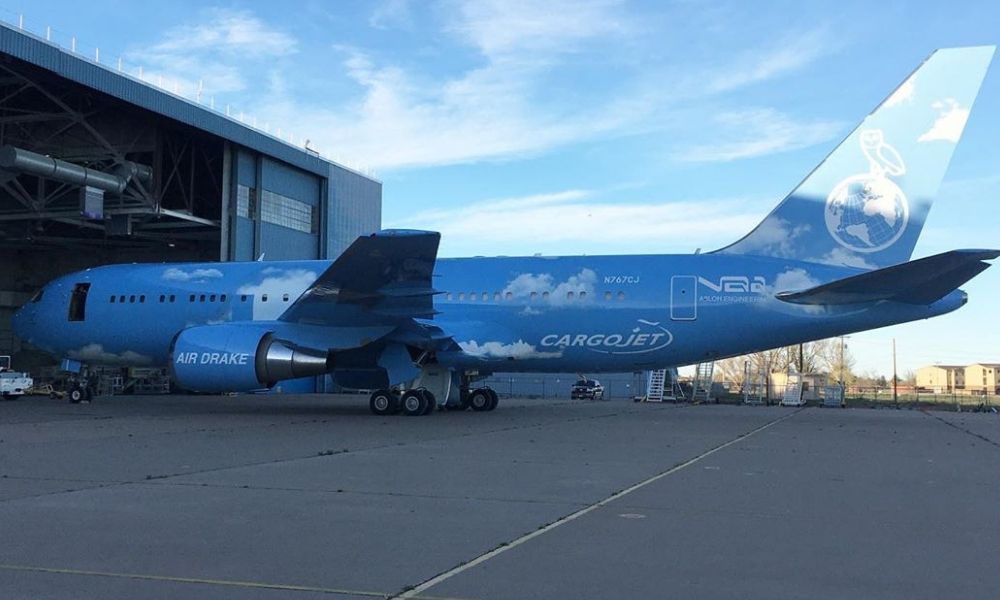 It appears to be nothing but blue skies ahead for Drake. The rapper just landed a brand new paint job for his private jet, penned by none other than Off-White founder and Louis Vuitton Menswear Director Virgil Abloh.

The new design surfaced on Saturday when Abloh posted three pictures of the jet on Instagram. The sneak peek showed that the aircraft is covered in a trippy cloudscape which is reminiscent of Drake’s Nothing Was the Same cover art. It also has “Air Drake” emblazoned on one of the engines and “Abloh Engineering” on the rear, just in case we need to be reminded of the two pop-culture icons behind the creation.

Drake’s private jet was first introduced to the world last year after the award-winning artist announced a partnership with Cargojet. The Canadian airliner reportedly gave Drake the $200 million Boeing 767 to generate publicity. Of course, with more than 64 million people following Champagne Papi and the rapper’s proclivity to Insta-flex, this proved to be dead easy.

While the first iteration of the jet was relatively unassuming, Drake’s million-dollar baby has been through quite the makeover courtesy of Abloh. And it’s not the first time that the 33-year-old singer has collaborated with the designer. Earlier this year, Abloh designed a green, gem-encrusted custom Patek Philippe Nautilus for Drake, who is an avid watch collector.

Indeed, Drake certainly picked the right designer for the job. Abloh, a multi-hyphenate if there ever was one, also has a civil engineering degree which he competed in 2002 as an undergraduate student. And the elevated sky-blue design showcases his often playful sense of design.

In light of the current travel restrictions due to the Covid-19 pandemic, it’s unclear when Drake will actually be able to fly the cloud-covered aircraft, but fingers crossed it’s soaring among the (real) clouds soon.