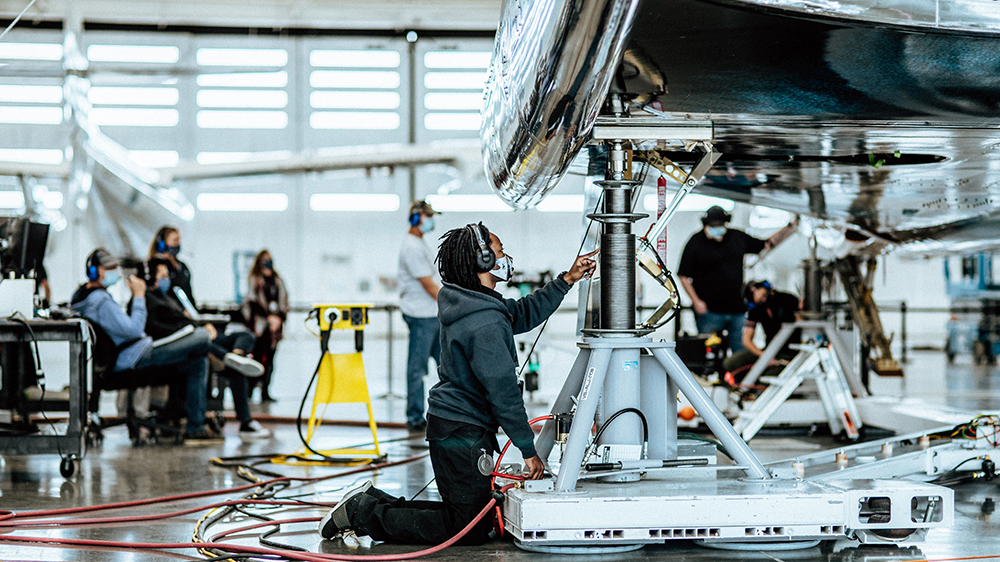 With the aerospace industry on the precipice of a period of unprecedented growth, Virgin Galactic wants to make sure life in the firmament is representative of life on the ground.

On Tuesday, the world’s first commercial spaceline announced the first group of college students to be awarded scholarships as part of its Galactic Unite Black Leaders in Aerospace Scholarship and Training (BLAST) program. The prize, which includes up to three years of funding, is intended to help position each recipient to continue in the field even after their studies are complete.

BLAST is a scholarship, mentoring and fellowship program focused on providing aid and guidance for Black scholars pursuing a STEM degree with a focus on aerospace, according to a press release. The initiative—which also gets funding from Virgin Orbit, Virgin Hyperloop, Planet and AEye—awards each student $5,000 in scholarship funding, which is renewable for three years up to a total of $15,000. Additionally, the award guarantees a paid summer internship at a partner company, as well as access to an industry mentor while in school and during the year after graduation to help each recipient transition into the aerospace workforce.

Black people represent 13.4 percent of the US population, as well as 15.3 percent of undergraduate and graduate students, but just 3 percent of aerospace executives. Virgin Galactic hopes that BLAST will help change this by providing each scholar with opportunities and a network to help foster career success in the industry.

“I am honored to be part of the Galactic Unite Black Leaders in Aerospace Training Program! It has been a dream of mine to contribute to making space more accessible to all and that dream is finally coming to fruition with the help of Virgin Galactic,” one of the inaugural fellows, Green, said in a statement. “I am ecstatic to learn as much as possible from my prospective mentor and the rest of the Virgin Galactic Team. Experiences like these really do keep young engineers facing the rigors of their academic course-load motivated, and passionate about the work they do.”

BLAST is the latest extension Virgin Galactic’s Galactic United scholarship program. The initiative has already awarded $1 million to 100 student around the globe. Of those scholarship recipients, more than half have been women and over a third represent ethnic minorities.