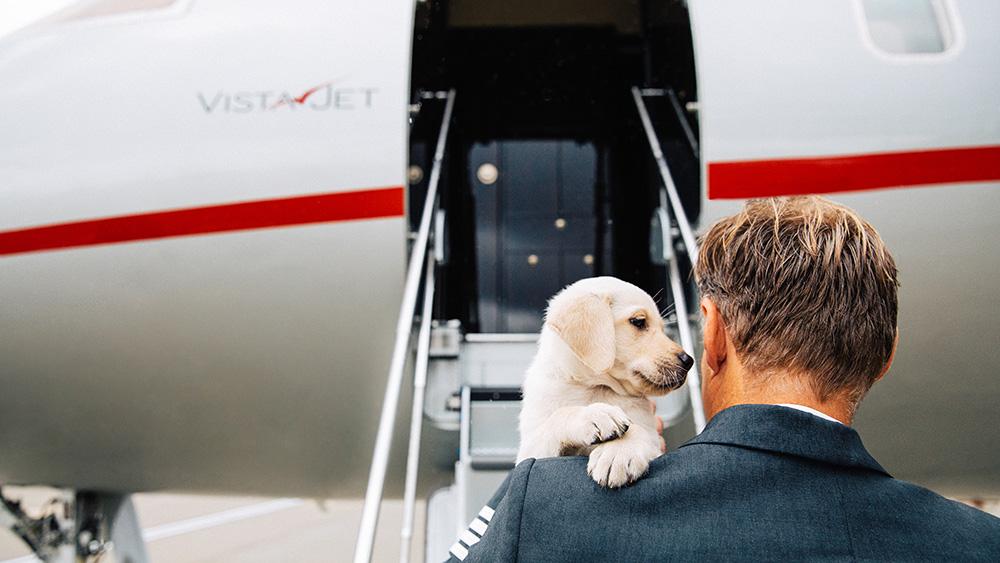 If you frequently or just occasionally fly commercially with your dog or cat (or hamster, iguana or other member of the animal kingdom), here’s some good news: The airlines are getting better at not killing, injuring or losing pets. According to the US Department of Transportation’s Air Travel Consumer Report, of the 424,621 animals that were transported by commercial carriers in 2018, 10 died and seven were injured in-flight. That’s 0.40 per 10,000 passenger pets, and it’s a big improvement over the airlines’ performance for 2017, when the incident rate was 0.79 per 10,000. That year, 24 pets died in-flight, 15 were injured, and one was lost (lost?!). Two years earlier, in 2015, 35 pets died while flying on airliners, 25 were injured, and three were lost.

So the chances that your pet will survive an airline flight continue to improve. But maybe you want to actually enjoy, instead of just endure, flying with your pet. VistaPet promises to make that possible. This new service from the private-aviation company VistaJet is designed to thoroughly pamper passengers’ furry, feathered or scaled travel companions.

VistaJet reports that  the number of pets it transports on its fleet of business jets has more than doubled in the past two years, and that the number of dogs it flew grew by 47 percent between 2017 and 2018. The company also says that one out of every four of its clients regularly travels with a pet.

With those figures in mind, the VistaJet created VistaPet, which can include four weeks of fear-of-flying therapy for your dog—with the exception of Underdog, canines have a natural aversion to flying. The service also includes a bag full of pet treats that you can dip into during the flight.

In addition, VistaJet’s reps will offer recommendations for pet-friendly lodgings and activities (pet yoga, perhaps), as well as pet walkers and trainers, in the city to which you are traveling. Also, before you fly, VistaJet will fill you in on any details you need to address—vaccinations, permits, etc.—before bringing your pet to a particular destination.

The fear-of-flying program is designed to desensitize dogs to the smell of aviation fuel, engine noise, cabin pressure and turbulence. If for some reason the therapy doesn’t do the trick and your dog still acts antsy when it boards the plane, the cabin attendant can offer something to take the edge off: a shot of natural flower essences mixed in with the drinking water. It’s supposed to help the animal relax.

The bag of treats, called the VistaPet Pochette, contains organic pet food, reward treats created by Michelin-starred chef Michel Roux, water-free shampoo, fur-care wipes and rope toys. VistaJet also provides each animal with a sleep mat for the flight, because as any pet owner knows, you can’t rest comfortably until your dog or cat does.