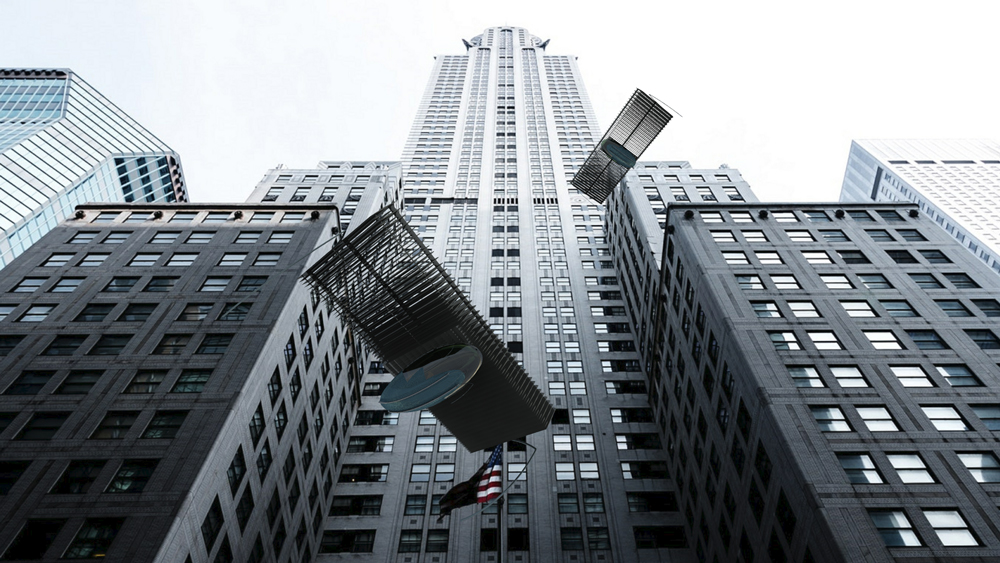 Vertical takeoff and landing (VTOL) aircraft are all the rage right now, with big names like Aston Martin and Embraer—among others—getting in on the action. So what could possibly elevate newcomer Volerian and its new VTOL concept into these rarified ranks? The trick lies in its revolutionary new propulsion system that takes more inspiration from swimming fish than it does from traditional aircraft design.

Instead of using large fans or arrays of propellers to provide lift and thrust, the Volerian uses a succession of wing-like flaps set within their own ducts. The flaps oscillate back and forth, driven by a cam system. Like a fish whipping its tail back and forth through water, they create what is known as a reverse Kármán vortex street. I’ll save you the fluid dynamics lesson, but essentially these disruptions in airflow produce swirling vortices that generate thrust. A stator wing positioned farther down the line increases the efficiency of the system even more.

So what does this all mean to you? Well, a big advantage of Volerian’s system is that it produces very little noise. And while silent operation is a goal of nearly every VTOL concept, even the quietest fans generate a buzzing noise. Volerian’s flaps, on the other hand, operate much more quietly. Also, the lack of exposed fans or propellers makes it safer and more feasible to operate around people. The hope is that all of this adds up to a true fly- and land-anywhere design.

The aircraft will be completely electric, relying on banks of batteries and recharging stations to keep airborne. In addition to the VOTL concept, the company is also developing aircraft that use the same technology, but require a short runway for takeoff. These models would be designed to travel farther and faster than their VTOL counterparts. In fact, the company imagines a scenario where a VTOL-configured vehicle could pick up a passenger at their home and then fly them to an airport, where the aircraft would be reconfigured for longer-range travel.

The company says that it’s aiming to launch the aircraft in five years. It’s an ambitious goal, so don’t get out your checkbook just yet, but we sure would love to see this silent fish of the skies become a reality.