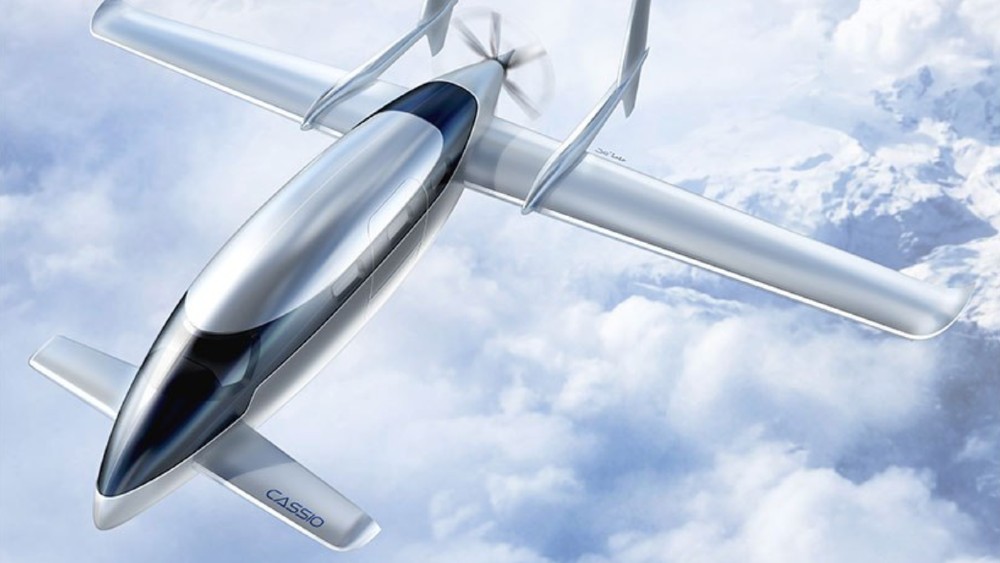 A French aerospace startup developing a hybrid-electric conventional take-off and landing aircraft (eCTOL) has signed a supply partnership with an emerging charter operator. VoltAero, which is developing the Cassio series of aircraft, announced its partnership with KinectAir, a US-based firm with a charter fleet of Cirrus and Pilatus aircraft.

The Cassio, which has a range of 800 miles, can be outfitted with four to 10 seats. CEO Jean Botti said his company planned to develop semi-autonomous capabilities that will be available by the time the Cassio launches. Botti has also taken a different path than his competitors, which are almost all electric Vertical Takeoff and Landing (eVTOL) aircraft makers. The former Airbus CTO said he prefers a hybrid configuration rather than pure electric because it allows for the use of existing infrastructure and technology.

“I am going to keep going hybrid,” Botti told TransportUp.com. “First of all, for the range. Second, for security because you have two sources of energy. So, if anything happens, we can use the other one. We have learned enough from the two electric airplanes at Airbus, to know that if you want to optimize the ratio of mass-to-power, a pure electric aircraft will need a lot of batteries.”

The Cassio 1 will make its public debut next month at the France Air Expo.  Courtesy VoltAero

These kind of manufacturer-charter operator partnerships will become more common as urban air mobility advances over the next five years. They allow the manufacturers to develop the aircraft while operators can determine new uses and necessary infrastructure for emerging aircraft types. “We can take off and land in under 3,000 feet in both of our current aircraft in the fleet and with the Cassio. That exposes an order of magnitude more local airfields than ever seen on Kayak or Expedia,” said KinectAir CEO Jonathan Evans. He thinks the electric aircraft will dramatically lower operational costs.

VoltAero also said last week that its Cassio 1 demonstrator aircraft would make its initial debut at next month’s France Air Expo in Lyon. “We’ve already logged more than 40 hours during 70-plus flights with the demonstrator as we validate our hybrid-electric technology,” said Botti. “The time is right to enable the general aviation sector to see it first-hand at a major gathering.” The company also will be unveiling the first scale model of its series-production Cassio 2 version at the air expo.