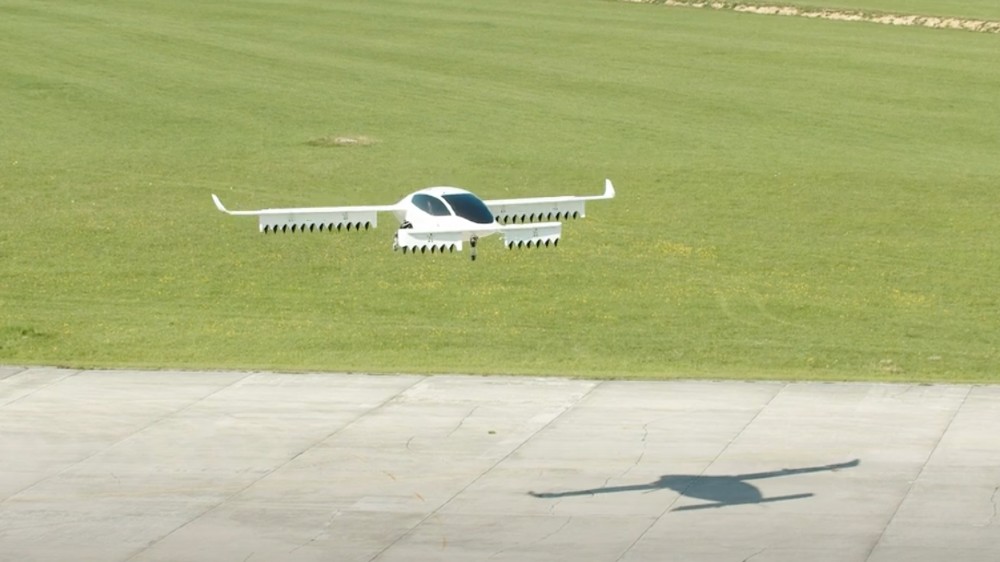 German eVTOL maker Lilium yesterday released a YouTube video of its demonstrator aircraft in flight. Taken from an August test at the company’s headquarters at the Oberpfaffenhofen airport, the video shows the relative quietness of an aircraft powered by electric jet engines as it flies across the runway, hovers and lands.

Joby Aviation released a similar video earlier this year. Joby also announced this week that it was the first company to partner with NASA’s Advanced Air Mobility Campaign to analyze the noise footprint of an electric aircraft.

Lilium’s test aircraft is the fifth generation of its demonstrators. The Lilium Jet uses 36 electric-powered jet engines across its wings, with 72 battery modules in the aircraft. The company said its seven-seat production aircraft will have acoustic liners to further improve its noise signature. It expects noise levels of 60 dBa—about the sound of a normal human conversation—while flying at about 330 feet.

The German company earlier announced it was working with governments in central Florida to create an eVTOL network that would connect a vertiport outside Orlando with other parts of the state. Founded in 2015, Lilium is competing head to head with Joby and a third California firm, Archer, to create eVTOL aircraft that will serve as primary air taxis.

Lilium is going head to head with Joby and Archer in the fast-moving eVTOL segment. The German company announced the sale of 225 aircraft to Azul Airlines in Brazil.  Courtesy Lilium

Joby last month was listed on the Nasdaq exchange with the ticker symbol JOBY; both Lilium and Archer have announced intentions to go public. Archer this week said that it had received FAA pre-approval for certifying its electric aircraft, while also announcing it was working with the US Air Force on using electric aircraft for defense purposes.

Lilium and Qell, its special-purpose acquisition company, said they would hold a special meeting of shareholders on Friday to approve the move to the Nasdaq. The stock would be traded under the ticker symbols LILM. If the merger is approved, the company will have an additional $830 in capital, which should provide enough financing to begin producing aircraft in 2024. Lilium has previously announced its intent to build 90 of its seven-seat aircraft in 2024, partly for its regional hubs, but also selling its aircraft to airlines like Lufthansa and Azul. The Brazilian airline said it would buy 220 aircraft to be delivered in 2025.