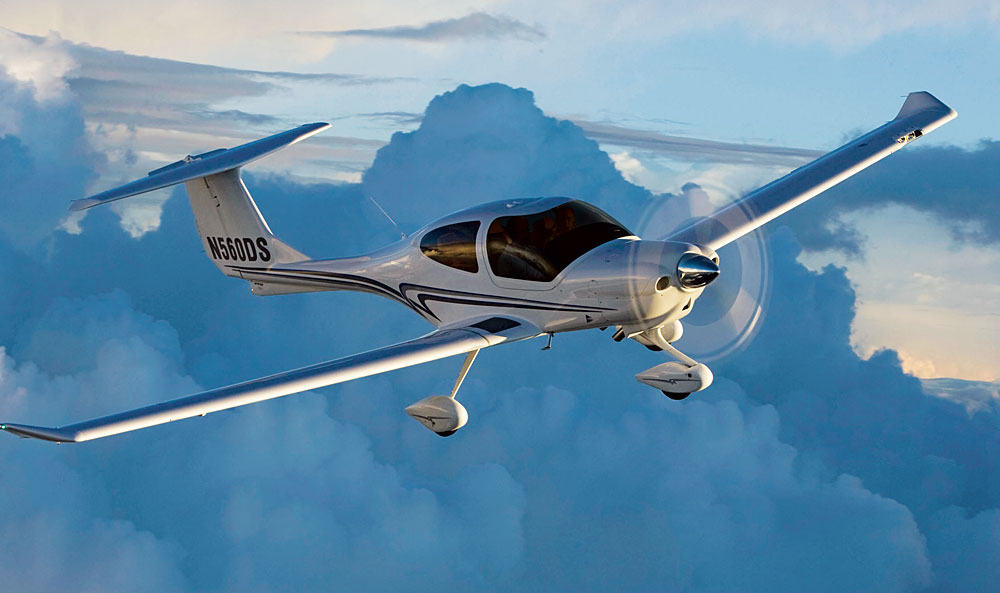 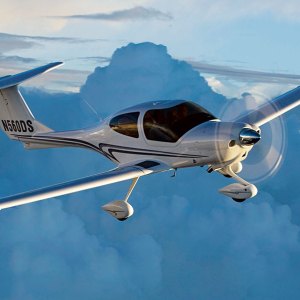 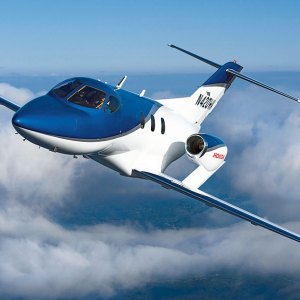 When shopping for personal aircraft, potential buyers often consider such factors as size, range, payload, and speed, among others. Verne Murray of Diablo, Calif., had something else in mind: fuel efficiency. “My new Diamond DA40 XL burns less than 10 gallons per hour,” he says. “I compared this rate to those of similar Cessna and Cirrus models, and it had a clear advantage.”

In terms of fuel usage, the Diamond also bests Murray’s SUV on trips to the family’s lake house near Mount Lassen, in Northern California’s Cascade Range. “It’s 250 miles by road, and it takes me over four hours to get there,” he says. “At 10 miles per gallon, that’s 25 gallons to drive. I can fly straight there in an hour and 10 minutes, burning just over 10 gallons in the Diamond. And at 5 o’clock I’m sitting on my deck having a cocktail, instead of stuck in traffic.”

Murray, like all consumers these days, has felt the pinch of skyrocketing oil prices. According to AirNav—an Atlanta-based online aviation-data firm—prices by midsummer had reached an average of $6 per gallon, with some vendors charging as much as $9. Fuel for piston aircraft, known as 100LL, reached a national average of $5.66 per gallon. “We’ve definitely seen fuel efficiency become more important to buyers, compared to a few years ago,” says Heike Larson, vice president of sales and marketing for Diamond Aircraft. “Fuel represents a significant percentage of the monthly costs of operation.”

Unfortunately, comparison-shopping for aircraft that offer improved fuel economy is never a straightforward exercise. “There is no universal standard like the miles-per-gallon ratings for cars,” explains David Wyndham, a vice president and analyst with Conklin & de Decker, an aviation-consulting firm in Orleans, Mass. While an aircraft’s published performance data can be used in calculating fuel efficiency, in reality there are many factors that influence actual consumption. For example, short trips are less efficient than long ones. Altitude, speed, and payload also affect the rate of fuel burn. Furthermore, shorter-range aircraft consume more fuel during extra maneuvering for added fuel stops.

With these variables in mind, Wyndham calculated the amount of fuel that a Diamond DA40 and a Cirrus SR22 would use on a 230-?mile trip. The SR22, he figured, would get roughly 10 mpg, while the DA40 would get close to 15 mpg. The SR22 would burn almost eight more gallons of fuel, but it would reach its destination 20 minutes faster. The cost difference, at $5 per gallon, adds up to $38.33.

No single factor determines fuel consumption, but aeronautical engineers have learned that innovations in materials, engines, and aerodynamic design can work together to boost fuel economy. For example, Diamond Aircraft constructs its DA40 series (which includes the discontinued XL, the XLS, and the CS) with advanced, lightweight composite materials; every ounce saved adds to overall efficiency. All of the company’s planes are made to maximize power output while minimizing weight and fuel burn. A clean, slippery airframe design reduces drag, wringing out extra knots without requiring extra power.

As they shop for personal aircraft, customers now look for innovations like these—a point not lost on manufacturers. When Honda Aircraft was designing the innovative HondaJet, early market research showed that the main priorities of customers for small business jets were comfortable cabins and high fuel efficiency. “We designed the HondaJet to satisfy those needs,” says Michimasa Fujino, the aircraft’s designer, who is now president and CEO of Honda Aircraft. “We created every component from scratch.”

For example, the HondaJet’s fuselage is made of lightweight graphite composites, with compound curves that minimize the aerodynamic drag. The unusual over-the-wing engine mounts achieve lower drag than the standard rear-fuselage engine-mount design. The GE-Honda HF120 turbofan engines, now in development, combine light weight with efficient performance. The company claims that together these features enable the jet to achieve 15 to 20 percent better fuel efficiency than jets of comparable size and performance. Deliveries of the jet are scheduled to begin in 2010, with prices starting at $3.9 million.

Spectrum Aeronautical will be the second manufacturer to utilize the new GE-Honda HF120 engines. The company, based in Carlsbad, Calif., will begin delivery of its $6.8 million Freedom S-40, a nine-passenger midsize jet, in 2010. “We think the Honda engine is the best of a whole new generation of wonderfully efficient new engines,” says Spectrum’s president, Austin Blue.

According to Blue, Spectrum has been working for 25 years to develop a lightweight carbon-fiber-and-epoxy composite technology. “The great thing is, when you reduce weight, you can use smaller engines with less thrust,” he says. “The airframe and engine go hand-in-hand to make the best solution.”

Companies that produce larger business jets are embracing fuel efficiency as well. In May, Dassault Falcon announced that the new 900LX, the latest addition to its series of Falcon jets, will be 55 to 70 percent more efficient than other airplanes in its class. Deliveries of the aircraft, which will cost $39.45 million, will start in mid-2010.

Likewise, very light jets (VLJs) and the coming class of smaller “personal jets,” such as those being developed by Cirrus Design and Piper Aircraft, are matching some turboprops on fuel efficiency. Wyndham’s calculations show that on a 345-mile trip, which takes about an hour, an EADS Socata TBM 850 and a Pilatus PC-12 NG, both turboprops, would average about 4 to 5 mpg. On the same trip, an Eclipse 500 VLJ would average about 5 mpg and a Cessna Citation Mustang, 3.5 mpg. But comparisons are complex. On shorter trips, the turboprops generally have an advantage. On longer trips at higher altitudes, the VLJs will edge them out on fuel burn. Buyers searching for fuel-efficient options should develop a clear idea of how they will use their airplanes, and then compare performance with those mission profiles in mind.

Achieving greater fuel efficiency can require trade-offs. Limiting flights to less-congested times of the day ensures more direct routing and fewer delays. Slower cruise speeds can deliver more miles on less fuel, but with a cost in added travel time. Planning ahead can help minimize taxi time on the ground. A cruise descent to a destination—a strategy that commercial airlines are now using—saves fuel over stepping down and leveling off. Any unnecessary weight can be left behind. And favorable tailwinds add extra miles for free.

Some aircraft owners may make these sacrifices to cut their costs, but others clearly are hoping that technology will help generate savings on fuel expenses. In his Diamond DA40 XL, Verne Murray calculates his fuel savings and smiles. For him, he says, “lightweight composite construction and sleek aerodynamic design do make a difference.”

Fuel Efficiency for the FutureWhile some aircraft manufacturers are working diligently to squeeze more miles out of every gallon of fuel, visionaries are already building planes and jets that will take to the sky with new sources of power. Aerospace giants such as Boeing (www.boeing?.com) and Airbus (www.airbus.com) are developing hybrid power systems, and individual tinkerers are working with solar cells and other green power sources that could someday revolutionize aircraft technologies.

In February and March, Boeing conducted test-flights of a two-seat airplane with a fuel-cell/lithium-ion-battery hybrid system—a first in aviation history. The hybrid fuel-cell system powers an electric motor coupled to a conventional propeller. The only exhaust is water vapor.

At the Berlin Air Show in May, Airbus displayed an A320 airliner that uses fuel cells to power some of its systems. Also, KLM Royal Dutch Airlines (www.klm.com) is working with the Dutch company AlgaeLink (www.algaelink.com) to develop an alternative aviation fuel made from algae.

At the Electric Aircraft Symposium in San Francisco earlier this year, Pipistrel (www.pipistrel.si) wowed attendees with its two-seat Taurus Electro, which flies on an electric motor. Deliveries of the $133,000 aircraft are expected by the end of the year.

Finally, Switzerland-based Solar Impulse (www.solarimpulse.com) is working on a solar-powered airplane it hopes to fly around the world—with stops along the way—in 2011. As designed, the plane will have a wingspan of about 200 feet and support only one person, flying very slowly. Given these specs, even the most environmentally conscientious aircraft owner could not be faulted for taking a wait-and-see approach to this model. Yet the Solar Impulse engineers note that in 1903 the Wright brothers flew only 120 feet. At that time, they ask, who could have imagined that 66 years later, men would walk on the moon?