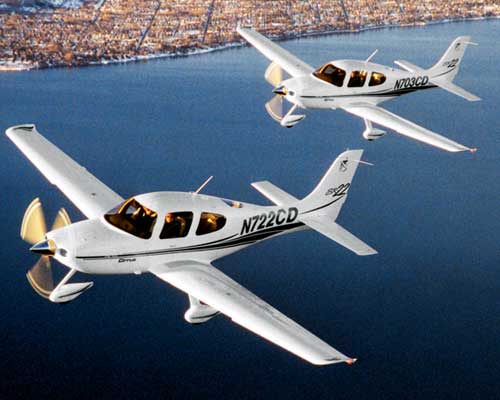 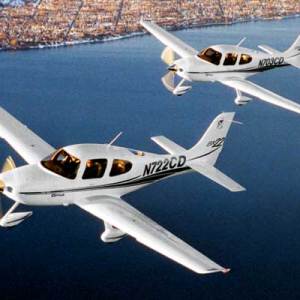 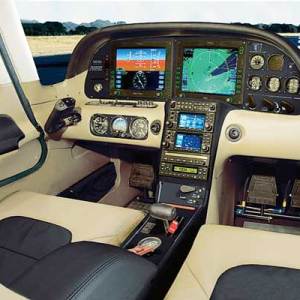 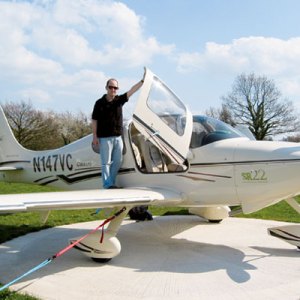 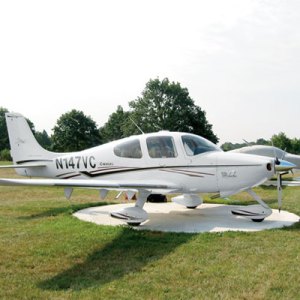 Ian Valentine completed the deal of a lifetime four years ago, when he sold his company, a firm that delivered interactive services to satellite  television set-top boxes, to Sky, the British broadcasting giant. As part of the deal, Valentine was hired by Sky, requiring him to fly commercial regularly between his home in Scotland and Sky’s London office. “The first year, I was a prisoner of war in the back of an airliner,” he recalls.

The situation called for action, and Valentine responded by earning his private pilot’s license within a year and then, four weeks later, purchasing a secondhand Cirrus SR20. In addition to commuting in the Cirrus, he was soon flying regularly on his own time, feeding what he calls his “compulsive flying disorder.”

Valentine moved to London a year later, bringing his SR20 with him and eventually adding a second plane to his hangar, a new Cirrus SR22. To defray ownership costs and share his aircraft with other pilots, Valentine formed FreeFlight Aviation, a group whose members can purchase fractional shares or blocks of flight hours and fly the planes themselves. Similar programs exist in the United States; OurPlane, AirShares Elite, and SharePlane all offer fractional shares of personal aircraft. Last March, after learning about the group through acquaintances, I became a member of FreeFlight Aviation, purchasing 75 flight hours for the year. I had been renting older and slower club aircraft around London, and the opportunity to climb into a new aircraft such as the SR22 was too good to pass up.

As I have discovered, the SR22 is a pilot’s dream. The plane is fast, elegant, and rewarding to fly, and can transport four people comfortably. However, owning any aircraft can be a nightmare. The SR22 costs $329,000 ($437,000 fully loaded), and annual expenses for this plane, which include insurance, maintenance, cleaning, hangar costs, and legal fees, can total as much as $15,000.

In contrast, FreeFlight Aviation provides access to planes without the cost and inconveniences of ownership, just as the fractional providers for business aviation do. However, a group such as ours offers an advantage over Bombardier Flexjet, CitationShares, Flight Options, and NetJets: We are allowed to pilot the aircraft. “For me, it’s ideal,” says Stuart Ungar, who sold a successful medical laboratory company and is now retired. “I knew it was a daft decision to buy a plane. It would sit there and be a nice toy. But I do believe a chap needs his toys.”

Ungar considered purchasing a Socata TBM 700 or Piper Malibu with a turboprop conversion, but instead he joined FreeFlight after meeting Valentine and participating in a demo flight in the SR22 from Geneva to London. “I think the key selling point for me was that I have access to a brand-new plane with all the latest technology,” says Ungar. “The fact is, I’m not responsible for running the thing. All I do is get onto my computer, book a slot, and off I go. The only job I have is keeping the flight logs up to date. I’ve got the best of all possible worlds.”

The planes are hangared at Denham Aerodrome in northwest London, and the keys are kept in the control tower. Nearly half the FreeFlight trips have been for business purposes, including most of those that Angus Jones has flown. Jones, a member who, like I did, purchased flight hours instead of a share, is a partner in Clarity, a firm of independent financial advisers. “I use it a lot for work,” says Jones. “I fly to Birmingham, Edinburgh, York, Leeds, and Glasgow.” As members, our per-hour costs are greater than those of shareholders. My 75-hour block costs approximately $260 per hour (including insurance, hangar, and maintenance costs), while an owner of a 50-hour share would pay roughly $125 per hour. However, that owner must pay more than $62,000 up front for his share. The more frequently a pilot flies, and the longer he intends to remain in the club, the more sense it makes for him financially to purchase a share rather than blocks of flight hours. “Shareholders generate capital, and the member pilots generate profit,” explains Valentine, who prefers that FreeFlight, which now includes 20 pilots, comprise half shareholders and half members. “You need both to keep the business running.”

FreeFlight pilots also pay for fuel, which is charged by the gallon. Our monthly fuel bills track our usage of the aircraft, and at the end of the year, we receive a rebate if we fly fewer hours than we have scheduled or a surcharge if we exceed our flight time. To reserve a flight, we log onto the FreeFlight web site, which includes an online booking system. With 20 pilots in the program, the planes’ availability is not assured, although Valentine has invested some of that capital he generated through fractional sales in a new SR22 G2, which we expect to be delivered by the end of the year. Because of the high demand, weekend flight hours require several weeks’ advance notice, although weekday availability generally calls for a reservation only several days before a scheduled flight. I have always been able to fly whenever I really wanted to, though; pilots will swap slots or cut trips short to accommodate fellow members.

Valentine did not model the group after existing fractional programs. “It evolved out of my own flying habits and ethics,” he says. He did, however, receive some guidance from Austen Hall, a FreeFlight shareholder and a partner in the London office of the American law firm Hogan & Hartson. Hall specializes in aviation law, and his experience with the purchases of business jets was invaluable in establishing the group’s legal structure, particularly with drafting the shareholders’ contracts and the pilots’ terms and conditions. Through his firm’s Washington office, Hall has made sure that the group’s structure does not violate any FAA regulations. “It’s worth saying that Ian has set the group up with state-of-the-art aircraft,” says Hall, who joined FreeFlight as a means of committing himself to flying more. “Ian wants to manage them in the same way, and he runs the group extremely professionally.”

Since familiarizing myself with the SR22, I have taken the plane on a few longer trips. Compared to previous journeys in Piper PA-28s, I flew higher and much faster in the SR22, and the Cirrus felt far more stable in the poor weather. In the SR22, it requires less effort to fly through and climb above cloud layers, and I do so confidently because of the plane’s autopilot, Traffic Alert and Collision Avoidance System (TCAS), and Stormscope, which monitors nearby weather patterns.

I am looking forward to a five-day tour of Scotland that I have booked for later this year. The last time I flew there, it took an entire day to reach Glasgow, including a fuel stop en route. Aboard the SR22, I should be able to complete the nonstop journey in about two hours and arrive without feeling as though I have just flown the Spirit of St. Louis across the Atlantic. Such are the joys of piloting a new plane. The only thing missing is the headache of owning one.