By Elizabeth Moscrop on September 1, 2008 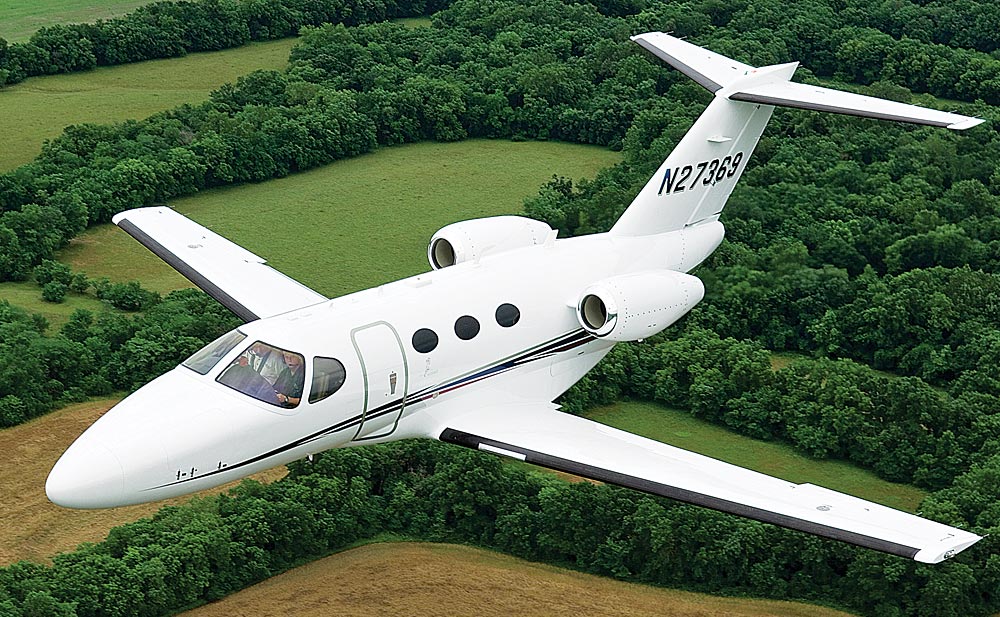 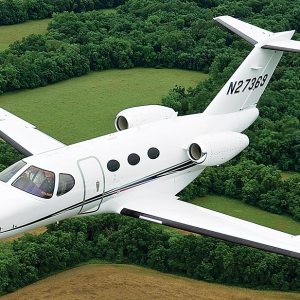 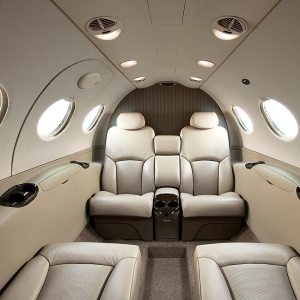 In 1911, Clyde Cessna charged people 50 cents apiece to watch him perform aerial stunts over Kansas in his state-of-the-art Silver Wings monoplane. That is considerably more expensive than today’s Cessna demonstration flights, which are free to potential customers. The catch is, anyone who wants to check out the firm’s latest in-production model, the Citation Mustang, may have to wait. The smallest of the Citation series is proving so popular that sales teams are booking slots months in advance.

In the aviation industry, the Citation Mustang (Model 510) is classified as a very light jet (VLJ), though Cessna prefers to use the term “entry-level jet.” This model competes head-to-head with VLJs from Embraer and Honda. Others in this category include the Eclipse 500, the PiperJet, Cirrus Design’s The Jet, and Diamond’s D-Jet.

The Mustang, which starts at $2.7 million, was the first VLJ to become fully certified, in September 2007. The aircraft comes equipped with a Garmin G1000 avionics suite and uses the Wide Area Augmentation System navigational aid, a system of satellites and ground stations that provides GPS signal corrections. The jet’s two Pratt & Whitney PW615F engines deliver speeds up to 391 mph.

Earlier this year, the British charter company London Executive Aviation took delivery of the first Mustang in Europe, and that plane and four others that the firm has since added to its fleet have been booked solid. Luckily, we were able to take a test-flight when a last-minute vacancy became available.

When approaching the Mustang, one immediately recognizes that, aesthetically, the jet holds its own against the legions of sleek business and personal aircraft on the tarmac at London City Airport. The two-step air stair is easy to climb and tucks neatly away just inside the entrance. Had we been en route to Aspen, the luggage compartment in the nose would have easily accommodated our skis. A baggage compartment at the rear of the plane provides plenty of additional storage.

According to Roger Whyte, Cessna’s senior vice president of sales and marketing, the Mustang was specifically built to provide more comfort for fewer passengers. “It is for those who generally want to fly one or two people and do not need to go to the ends of the earth,” he says. The cabin boasts four seats, foldaway tables, and a sunken center aisle, adding height to an already large space. Working on a laptop was easy, and the three passengers traveling that day enjoyed ample elbow room. Four would have been a bit of a squeeze, but still manageable. Unlike those of some similarly sized aircraft, the Mustang’s interior is strikingly quiet, and not at all claustrophobic, thanks to Cessna’s cabin design, which includes large, oval windows at head level that provide fantastic views and fill the area with light.

ed sobota’s company, TSI Titanium of Derry, Pa., makes products for the aerospace and medical industries, among others, and has customers throughout the country. Sobota says that his firm’s sales have increased by 25 percent since he took delivery of a Mustang last year. “We were not visiting our customers enough,” he says. “From where we are to Detroit or Pennsylvania on the East Coast, it is quicker for us to drive than to fly a commercial airline. A friend introduced me to the Mustang. I flew in one and saw that it was exactly what I needed.”

Sobota has held a pilot’s license for 41 years. He bought his first airplane, a Beechcraft Bonanza, in 1980, when he realized private flight was the easiest way to reach his clients. Within 12 months he upgraded twice, ultimately settling on a twin-engine Beechcraft Duke, which he used for 10 years.

Surprisingly, his new Mustang bests the old piston-driven Duke in a comparison of operating costs. “I actually get more nautical miles per gallon in the Mustang,” he says. To cut costs further, Sobota has placed his Mustang with a local charter operator, which rents out the jet when Sobota is not using it.

According to Cessna’s latest figures, a brand-new Mustang has a per-flight-hour operating cost of $658.59 for its first year, based on an average 500- nautical-mile trip and 400 hours of use (assuming fuel at $4.75 per gallon). Statistics from aviation data firm Conklin & de Decker show the hourly direct operating cost for the Mustang at $832, while the comparable cost for Embraer’s Phenom 100 is $917. The Eclipse 500’s cost is the lowest, at $670 per flight hour.

While Sobota likes the economics, he is delighted with the aircraft’s ergonomics. “I am not that old, but at 63, I am paying the price of playing a lot of football,” he says. “I have had a couple of replacement joints, and the Mustang is easy to get in and out of.”

Cessna claims it is equally easy to fly. The company spent months of research designing a flight deck that people upgrading from larger single-engine or twin turboprops could learn without difficulty. The cockpit contains fewer switches than comparable aircraft, and unlike many light jets, the Mustang has no overhead panel; all of the switches and gauges are on the instrument panel and center console. Up front, a central 15-inch multifunction display screen keeps the crew informed, and each pilot position has its own 10.4-inch primary flight-display screen.

Aircraft manufacturers do not just build airplanes today; they also provide service, parts, and training. Cessna’s Mustang includes 25 hours of free instruction by FlightSafety International, an aviation- and marine-training service provider based in Flushing, N.Y. According to Sobota, this bonus training boosted his confidence. “My mentor took me into places I would not normally go—high altitude in Idaho, desert conditions, all kinds,” he says.

Accustomed to the Duke, Sobota had to get used to flying at 340 knots rather than 190. He also had to learn how to use many of his new jet’s features. Yet the effort required has been well worth it. “This is a tremendous airplane. I’m not trading this one in,” he says, “unless Cessna comes out with a better Mustang.”

John Oliver Sounds the Alarm on the Need to Overhaul Senate, Electoral College