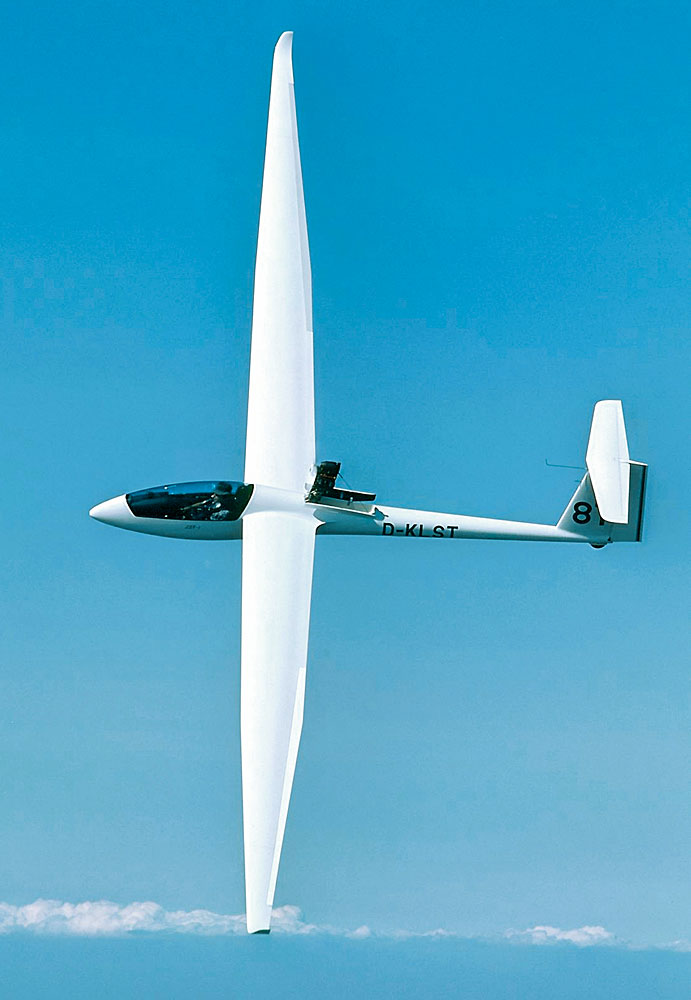 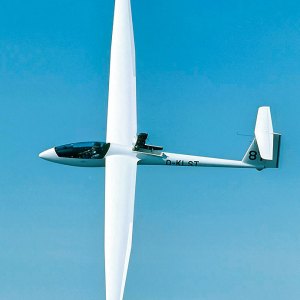 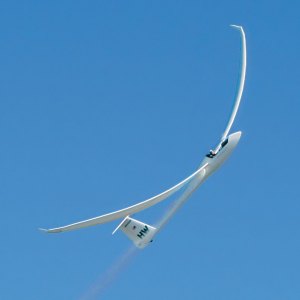 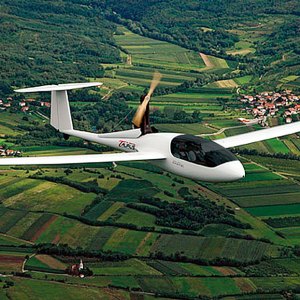 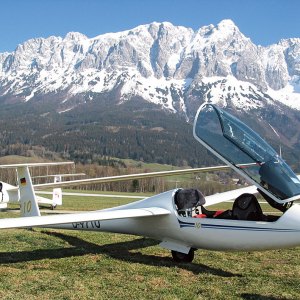 “It’s pretty damn quiet up there,” says Robert Mudd, a 62-year-old member of the Albuquerque Soaring Club (ASC), a group of about 70 glider pilots based at central New Mexico’s Moriarty Airport. “Soaring is a hobby, a personal challenge. Everybody’s got their reason for doing it. For me, it’s the solitude.”

Mudd should enjoy the solitude while it lasts. New glider aircraft featuring innovative designs and technologies are attracting more recreational aviators than ever before to the peaceful sport. “We’ve got a doctor, a lawyer, an air-traffic controller, a software engineer, a couple of entrepreneurs, and even a plumber,” says Mudd of ASC’s membership. Soon the upper reaches may be congested with more soar-heads like Mudd and his friends, all of them searching for their own corner of the sky. “It’s a very exciting time to be a glider pilot,” Mudd says. “The aviators who pioneered this sport could never have imagined the kinds of gliders being designed today.”

Indeed, with their sleek, aerodynamic lines and fiberglass fuselages, modern gliders bear little resemblance to the earlier, rather primitive models that were made of wood, steel, and light fabric. More importantly, though, unlike traditional motorless gliders that are leashed to a tow plane during takeoff, many contemporary models actually sport small engines and propellers, which, Mudd says, eliminates some of the risk inherent in soaring. “A lot of people are afraid they will have to land far away from their home airports,” he says. “Self-propelled gliders ease that fear because pilots can now fly 50 or 60 miles out and then just start the motor and fly back.” He adds that advanced navigational technologies, such as GPS, also give pilots a greater sense of control.

Some may argue that motorized gliders are not actually gliders, but the designers of these aircraft have gone to great lengths to minimize the impact of propulsion systems on the soaring experience. For example, the ASW22—a graceful, single-seat sailplane produced by the industry’s oldest manufacturer, Alexander Schleicher of Popenhausen, Germany—has a 50 hp, vibration-free rotary engine and a propeller tower that a pilot can retract into the fuselage upon reaching a desired altitude.

Two other manufacturers now offer gliders with quiet, emissions-free, battery-powered engines. The Slovenian firm Pipistrel is taking preorders for the Taurus Electro, its $125,000, two-seat aircraft, with deliveries scheduled to begin in 2009. A single-seat model called Apsis will sell for a reported $90,000, but the company has yet to announce a delivery date. Another German manufacturer, Lange Aviation, offers the $300,000 Antares 20E, a high-performance model featuring a motor powered by lithium batteries. “Motor gliders—and especially those with electric systems, which are more practical in many ways—are the wave of the future,” Mudd says. “There is a lot of interest in both.”

The Wright Brothers flew gliders prior to making their famous motorized flight in 1903. And after World War I, the defeated Germans—forbidden to maintain a national air force—turned to soaring as an inexpensive, unregulated way of getting young people involved in aviation. Since that time, German firms have dominated the niche glider aircraft market, creating a wide variety of tow-line and motorized models that continue to set industry standards for design and production.

According to Sean Franke, a 38-year-old third-generation soaring enthusiast who flies out of the Sky Sailing facility at Warner Springs Airport in Southern California, three German aviation firms currently set the global standard in glider design and production: Schempp-Hirth, Alexander Schleicher, and DG Flugzeugbau. “They offer, in my opinion, the best gliders available today,” he says.

Franke wholly owns two gliders and has partial ownership of a third. His single-seat Schempp-Hirth Ventus-2cx cost him $100,000 when he purchased it two years ago. The latest iteration of that model, the Ventus-2cxM, starts at about $180,000. This updated version has a cruising speed of 90 mph and comes equipped with a gas-stingy Solo Type 2625-01 engine (the gas tanks in the fuselage and wings hold a mere 10.3 gallons). In soaring, lighter is better, and the 2cxM weighs either 705 or 750 pounds, depending on the length of the wing attachments. Like the 2cx, the 2cxM can have a 50- or 60-foot wingspan.

Franke also owns a Libelle glider, from the now-defunct German company Glasflügel, that he flies competitively. “My Ventus is too high-performance [for competition], so I had to get something that fell within that performance range,” he says.

When asked to identify the Rolls-Royce of the glider market, both Franke and Mudd mention Schempp-Hirth’s Nimbus 4 sailplane line, which features longer wingspans than those found on most comparable gliders. “If you look at the score sheet for this class, there are only two,” Franke says. ” The Nimbus is one; the other is the Schleicher ASW22.”

Another major German glider manufacturer, Rolladen-Schneider, which is located near Frankfurt, began producing gliders in the 1960s. In 2003 its lesser-known competitor DG Flugzeugbau bought the company. Today, DG (as the firm is commonly known) offers the LS8 and LS10 models specifically for customers who typically participate in soaring competitions, while its DG-808 and DG-1000 models enjoy a strong following among weekend pilots.

If DG’s lineup offers any insight into possible future trends in glider design, then this quiet corner of the aviation market soon will be fully motorized. “Over 80 percent of DG’s gliders leave the factory with motors,” says Mudd, who expects many new soar-heads to embrace this latest generation of glider aircraft and follow him in his quest for solitude. “Today you can fly farther, more efficiently, and with more assurance that you will reach your destination,” he says. “Soaring is friendlier and less threatening than it has ever been.”

Some competitive glider pilots have been known to exaggerate when discussing their achievements. At soaring clubs around the world, it is not uncommon to hear these individuals boast of riding a thermal higher, faster, and farther than previously thought possible. Such claims are often as unverifiable as they are record-shattering—until now.

The latest gliders come with advanced data-logging systems from companies like Cambridge Aero Instruments, Garrecht Avionik, and LX Navigation. These technologies accurately record flight statistics, including altitude, speed, range, and duration. “You can sit around after the flight with your buddies, download the data, and lay it on a chart,” says Robert Mudd, a member of the Albuquerque Soaring Club in New Mexico. “There’s no lying anymore.”

This has also opened up a new, global kind of competition among glider pilots. A German web site known as the Online Contest invites pilots to upload their recorded flight data to the site, which assigns a value to specific flight details. The site then calculates the highest-performance flights by pilots around the globe and posts an accurate, verifiable ranking.

Besting an anonymous aviator from a foreign country on a Saturday afternoon may not offer the same level of satisfaction as claiming to have defied the laws of gravity. It does, however, offer fact-based bragging rights back at the soaring club, which for many glider pilots may be the next best thing.