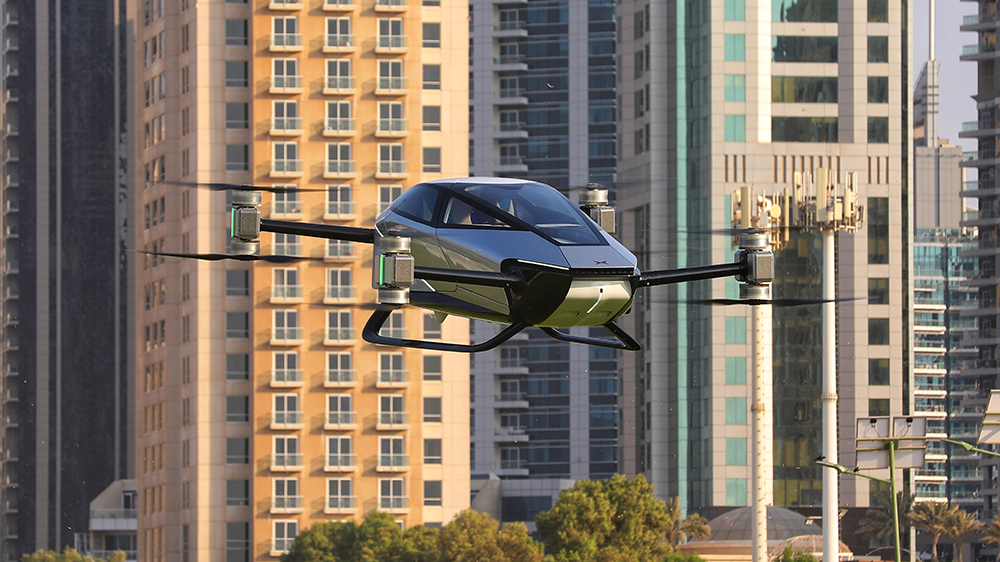 If the past week has shown us anything, it’s that “flying cars” are no longer some far-off fantasy.

Xpeng’s eVTOL, which goes by the name of X2, completed an unmanned, 90-minute test flight over the city of Dubai on Monday. The X2 aircraft is fitted with eight propellers (two at each corner) that can push it to a top speed of 80 mph with zero carbon emissions. It can also seat up to two passengers.

“We are making step-by-step (moves) to the international market,” Xpeng’s general manager Minguan Qiu said in a statement. “First we selected Dubai city because Dubai is the most innovative city in the world.”

On Thursday, meanwhile, Volocopter conducted its first crewed public test flight in Rome. The two-seater Volocopter 2X was in the skies for about five minutes with a test pilot at the helm (no passengers, though). It flew twice along a figure-eight path at a speed of around 25 miles per hour and a height of around 131 feet.

To recap, the Volocopter 2X is equipped with 18 fixed-pitch propellers that are each powered by a separate electric motor. Designed for short, metropolitan jaunts, the near-silent, emissions-free aircraft can cover up to 17 miles at speeds of up to 62 mph, according to Volocopter.

Perhaps more importantly, the VoloCity took off from a vertiport built at Rome’s Fiumicino Airport. This is Italy’s first advanced air mobility (AAM) testing vertiport and the launch marks a major milestone. The Aeroporti di Roma is working toward launching commercial operations between the airport and Rome by 2024.

“Today’s event represents a significant milestone in our path as pioneers in testing and implementing Advanced Air Mobility in Italy, and in playing our part in making urban transports increasingly sustainable and seamless,” Marco Troncone, CEO of Aeroporti di Roma, said in a statement.

Volocopter also hopes to have the production model of the eVTOL operational for the 2024 Paris Olympics, with a functioning vertiport at the Pontoise-Cormeilles-en-Vexin airfield outside of Paris. Perhaps Xpeng will venture into veriports next.