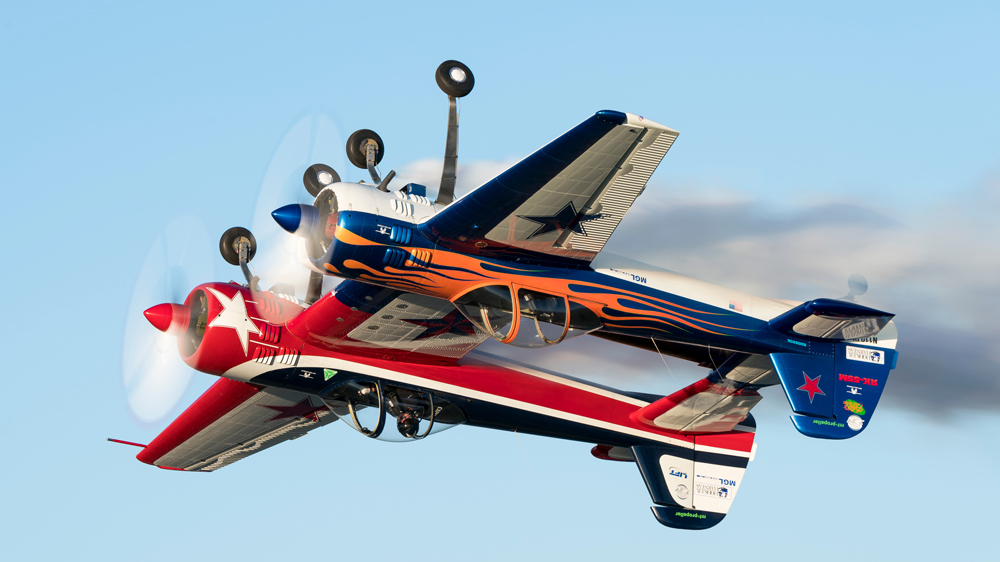 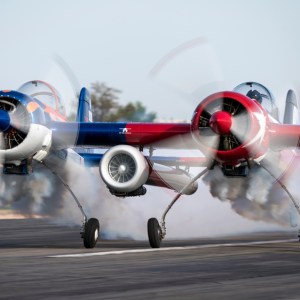 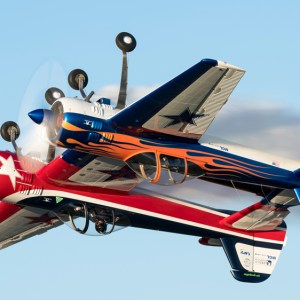 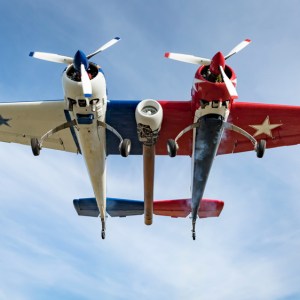 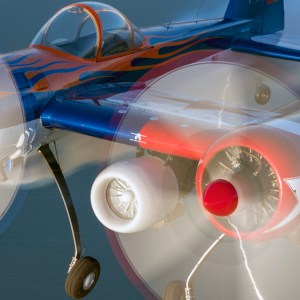 Most of the time when you have a crazy idea, you inevitably think, “Well, that’s just crazy,” and the concept goes no further. But if you’re air show pilot Jeff Boerboon, you turn your crazy ideas into pure magic. “One day about 10 years ago,” Boerboon recalls, “I saw my airplane sitting on the ramp next to another Yak 55, and I had the idea of combining two Yak 55s together.” From there, a lot of hard work happened, and the result is the one-of-a-kind Yak 110, complete with two cockpits, two big radial engines, two tails, one extra-long wing, and—for good measure—an extra jet engine in the middle. And the one-of-a-kind aircraft made its air show debut this summer.

The Yakovlev Yak 55, first built by the Soviets back in the 1980s, has competition in its very DNA. In its first year on the circuit, the Soviet teams for both men and women flew the clean-cut single-seat monoplane to first place in the World Aerobatic Championships, proving the beautiful design excels in its niche. The Yak 55 is still in production, with few changes, and it’s long been Boerboon’s favorite. To create the 110, he hunkered down with partners Chad Bartee and Dell Coller for about a year in an Idaho hangar to meld two airplanes together into one powerful aerobatic creation.

The final result weighs in at just under 5,000 pounds, with Boerboon in the cockpit ready to go, and the three engines produce a combined 6,000 pounds of thrust. “This gives a much better than one-to-one power-to-weight ratio,” says Boerboon. That means he can accelerate with the aircraft pointing straight up—something generally only found among high-performance fighter aircraft—and he can perform just about any other aerobatic maneuver, as well, with power to spare.

“The concept of combining two aircraft together and adding a jet engine has never been done in the history of aviation,” says Boerboon. “The airplane is incredible to fly. I have only scratched the service of the maneuvers that are possible.” Boerboon and his crew debuted the airplane at air shows this summer, including the world’s biggest: EAA AirVenture in Oshkosh, Wisconsin. Its next scheduled appearance is in Sacramento, at the California Capital Airshow in September.