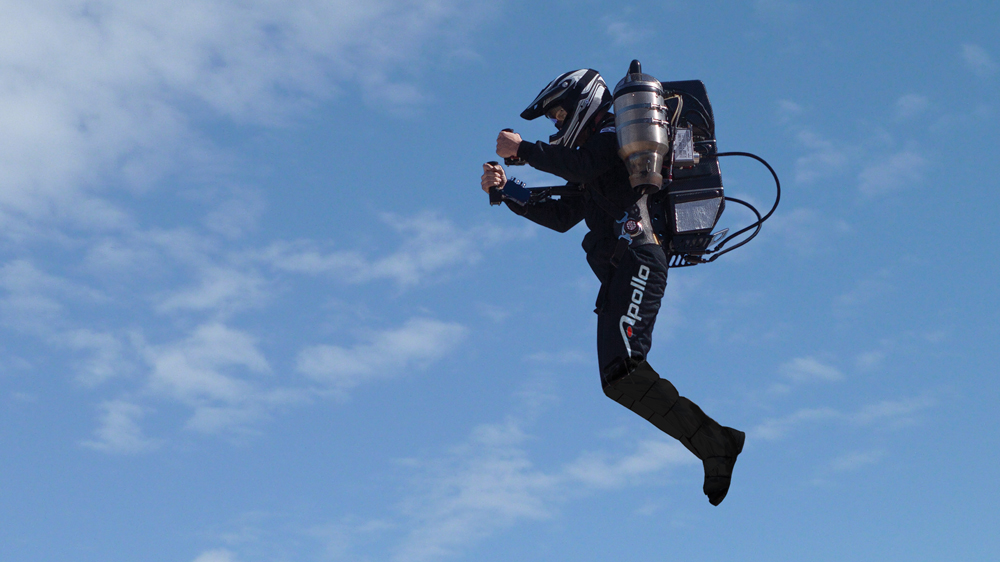 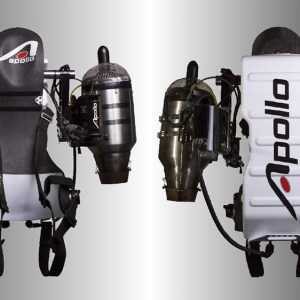 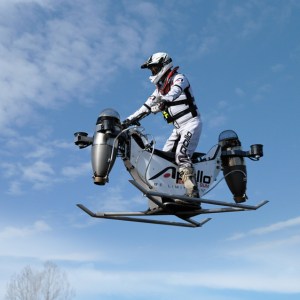 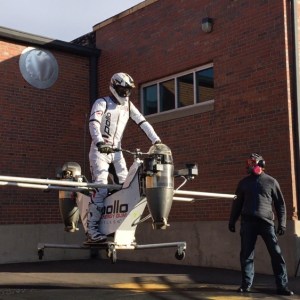 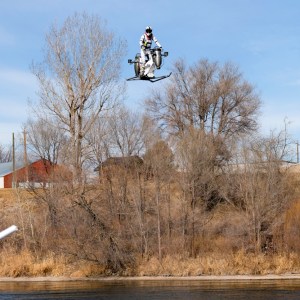 Are you an impulsive buyer with an eccentric streak? Or perhaps you have a passion for flying and a bit of an Evel Knievel complex. No matter your reason, you’ll want to get your bidding finger ready as Apollo Flight Labs is using eBay to auction off a used pair of its signature products: a single-person Turbine JetPack and a personal flying device resembling a hovering motorcycle that the company calls the Apollo JetBike.

The Denver-based company behind the sale is an affiliate of Apollo Energy Gum, a chewing-gum brand that includes caffeine and B vitamins in its formula. It’s an odd pairing, to be sure, although I suppose both will get you lifted in their own ways. Founded more than 12 years ago, Apollo Flight Labs has mostly used its JetPack for demonstrations, generating publicity for whatever company enlists its services.

Today, the company is shifting some of its R&D resources away from flying machines and back to gum—seemingly the more lucrative of the two endeavors. “We simply have too many flying machines at the moment,” says Apollo Flight Labs CEO Troy Widgery, “so we are clearing out some machines by selling them to the highest bidder on eBay.” The retail price of the Turbine JetPack is $179,000, and the JetBike is $299,000, but both auctions are being held without reserve. So the final bid takes it all—even if it’s for a song.

The JetPack (we’re talking a real jetpack, not an ersatz, water-driven version) being auctioned, one of Apollo’s H202 models, can fly for 33 seconds and carry a pilot under 180 pounds (sorry, big guys) up to 196 feet in the air—in which case you better have your timing down. It can also fly up to 80 mph for a range of up to 1,320 feet. The Apollo JetBike, on the other hand, is a prototype—the only prototype, in fact—so there aren’t many solid performance stats about the contraption available. On the listing page, Apollo says it can “maybe” fly up to 10,000 feet and “probably” go as fast as 100 mph. Thankfully, a training course is included with either purchase.

Both auctions will close at 6 pm PST on September 16. A portion of the sale will be donated to St. Jude Children’s Research Hospital.