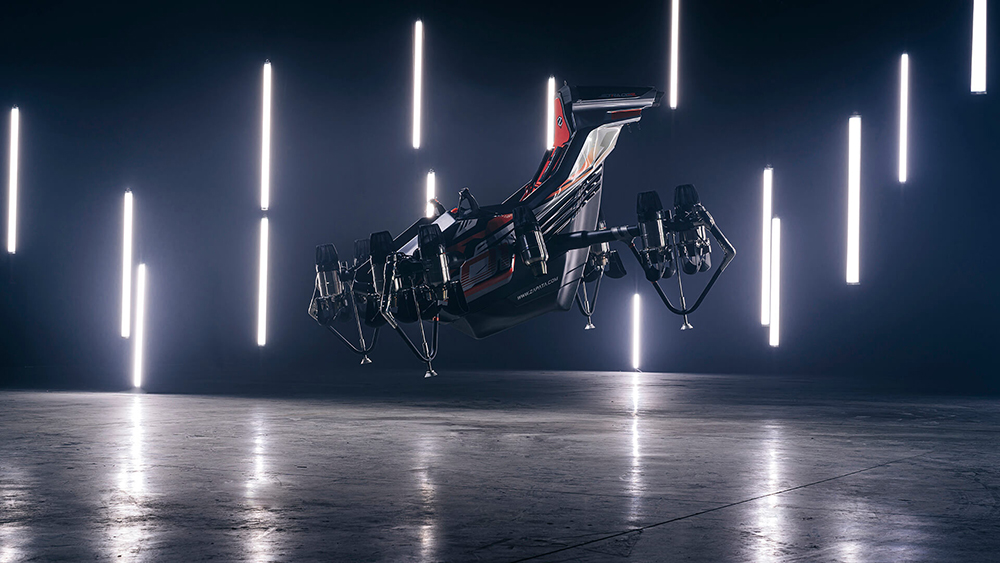 Imagine if you could soar through the skies without leaving your seat. Well, Franky Zapata is on track to making that a reality.

The French inventor, who also happens to be a former Jet Ski champ, unveiled a new vertical take-off and landing (VTOL) aircraft earlier this month that is part plane, part chair.

Christened JetRacer, the unconventional craft is built on a light, modular chassis and reportedly offers high maneuverability just like your Aeron. It is also fitted with 10 micro-turbo jet engines that allow it to soar to an estimated top speed of 155 mph. Zapata’s eponymous firm says that the speed and movement come at the cost of range, though it didn’t list how many miles the vessel is expected to cover.

The JetRacer has steering assistance in case the pilot needs it.  Zapata

JetRacer can reportedly soar to altitudes of nearly 10,000 feet and can carry up to 440 pounds. It’s also autonomous and can be controlled remotely. This makes it a perfect candidate for reconnaissance and surveillance flights in the military sector, although the firm says it could also be used as a transport vehicle.

The best part is Zapata wants you to become a “pioneer of the mobility of the future.” The team is inviting everyday civilians to participate in the test flights of JetRacer in the US. (You can sign up here.) The team will select 100 people to participate in selection tests, then a final 25 will be chosen to fly JetRacer with Zapata and his crew.

If the thought of being an airborne guinea pig makes you a little nervous, you can take solace in the fact that JetRacer can suffer the loss of two engines without any consequence on the flight. It also has steering assistance in case the pilot (or you) needs it.

This is not the first disruptive creation to come from Zapata’s drawing board. Back in 2019, the Frenchman unveiled the jet-powered FlyBoard. He then flew the hoverboard from France across the English Channel in just 22 minutes. Who knows: It could be you who’s making headlines in the JetRacer next.