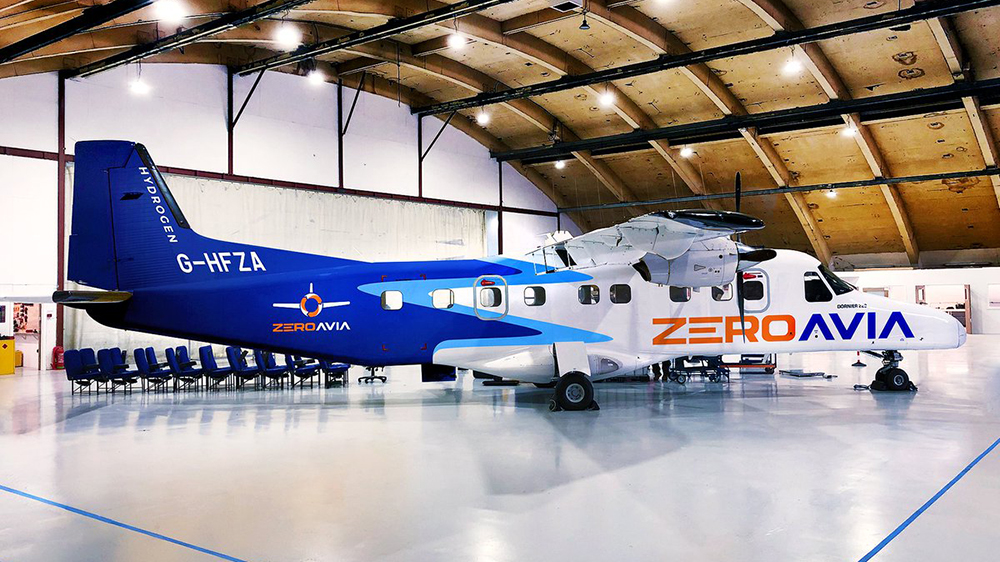 ZeroAvia doesn’t see going all-electric as the only path towards cleaner air travel. The British-American aviation company has announced that it’s teaming up with Alaska Airlines to build what would be the world’s largest zero-emission, hydrogen-fueled passenger plane, reports New Atlas. The aircraft isn’t just some far-fetched concept, either. The partners believe it will be ready to start flying commercially as soon as 2027.

ZeroAvia has built H2 (the molecular form for hydrogen) airplanes before, but its latest project is easily its biggest undertaking yet. The plane will have 76 seats, making it almost twice as large as similar projects from Universal Hydrogen and H2Fly, both of which will boast 40 seats each.

The aircraft will be based on a De Havilland Q400 turboprop retrofitted with ZeroAvia’s biggest hydrogen powertrain, the ZA2000, which is capable of delivering between 2,000 and 5,000 kW of power. Based on a rendering of the plane, it looks as if it will have two propellers, one on each side of its wing. What it won’t have, though, is a buffer battery system, according to New Atlas. That’s because the system would create too much weight, thus limiting the powertrain’s efficiency.

A standard Q400 with a full-sized tank of jet fuel has a flight-range of 1,268 miles. ZeroAvia’s target for its H2 version is 500 miles, after removing 14 seats. Still, it believes that’s more than enough for many short-range routes. Zero Avia and Alaska hope to prove this in 2023, when test flights will start. If they go well, the companies hope to start running 19-person, commercial flights between London and Rotterdam, a 200-mile route, in 2024. They would likely be the world’s first commercial, international hydrogen flights.

“The aviation industry is one of the hardest industries to decarbonize; however, with this collaboration, we are one step closer to achieving our goal of making our skies emission-free,” Val Miftakhov, ZeroAvia’s said in a statement. “We are thrilled to see Alaska taking the lead to implement clean technologies into their operations and look forward to putting boots on the ground with Alaska’s team.”

With the entire industry looking for new ways to reduce its carbon footprint, we’re likely to see a lot more hydrogen airplanes in the decades to come, in addition to countless all-electric aircrafts. And, as far as passenger planes are concerned, ZeroAvia and Alaska Airlines now appear to have taken the pole position.