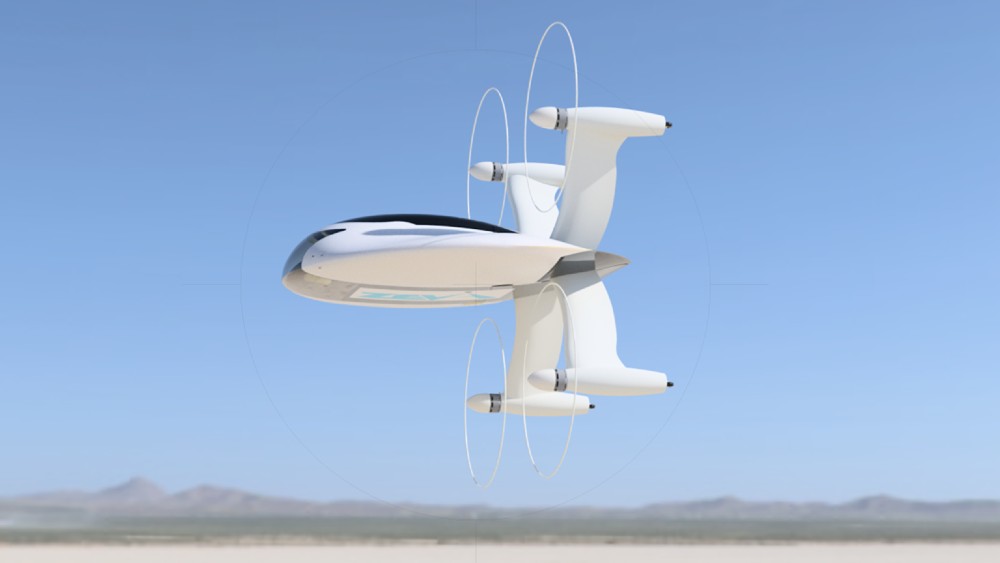 Zeva Aero has launched a new prototype called the Z2, which is expected to be faster and more efficient than its original Zeva Zero. Like the Zero, the Z2 is a single-occupant aircraft designed for personal transportation, search and rescue, military missions and cargo deliveries. The Z2 will also have a wider footprint and larger propellers than the Zero.

Once constructed, the Z2 is expected to have a range of about 50 miles on a single battery charge, with a top speed of 160 mph. Zeva CEO Stephen Tibbitts told FutureFlight that a prototype could be ready by the end of the year.

The Z2’s blended-wing configuration makes it look like a flying saucer both on its side and in hover mode, but once airborne, it tilts forward for forward flight. The pilot is then flying face-down in what Tibbetts calls “Superman mode.”

The company is also developing a two-person version, as well as a “Sky Dock” that would serve as a parking space on the windows of tall buildings. Tibbetts said that in the future eVTOL world, air taxis could monopolize the rooftops of buildings so there will be no “parking” spaces for personal eVTOLs. The SkyDock will let owners skip the elevators, subways and other forms of city transport, and as Tibbetts says, “just ‘Batman’ off the side of the building to your next destination.”

For now, the company is focusing on getting its eVTOLs off the ground. Zeva completed uncrewed test flights with its Zero demonstrator, while also flying with a dummy passenger.

“We’ve done a lot of flight testing on tether and basically perfecting and honing our flight control characteristics. And then off-tether, we’ve been able to do low-level, almost like ground-level maneuvers and some in hover mode,” Tibbitts said.

The Skydock is designed as a personal parking space on the sides of city buildings.  Zeva Aero

The goal is to receive an FAA airworthiness certificate in two years. Zeva says it expects to launch an air-taxi service by 2025, though it will also design its aircraft for the personal transportation market.

“Our blended wing-body is very compact and can fit into a standard automobile parking spot, ensuring that what we’re building fits within existing infrastructure,” Tibbetts told Robb Report last year. “What is appealing from a manufacturing and ownership perspective, the design is simpler and manufactured with fewer parts so it’s more reliable and less expensive to produce.”