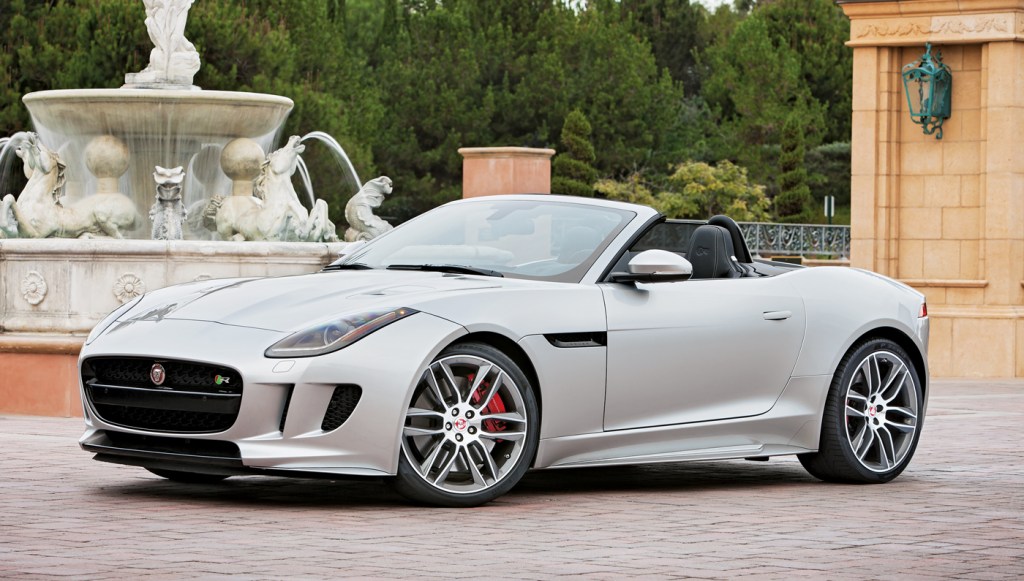 On the threshold of supercar designation

This convertible is the top-of-the-line variant of Jaguar’s F-Type sports cars, and though it costs more than $100,000, James Early called it “an unexpectedly good car for the price.” Maybe he wasn’t expecting so much power for that amount of money. The Jag’s 5-liter supercharged V-8 produces 550 hp and 502 ft lbs of torque, putting it “on the threshold of supercar designation,” according to Gary Spratling. The engine is paired with an 8-speed automatic transmission, enabling a zero-to-60-mph time of 3.9 seconds. “They need to build an autobahn in the U.S. to let this car run,” said Don Quigley.

All-wheel drive, which is new for the 2016 model year, helps to rein in this sometimes tail-happy sports car, but it also adds 176 pounds, which prompted Walter Cho to quip, “They finally house-trained the cat, but now the cat needs a diet.”

The F-Type R’s design is classically beautiful and slightly sinister. Rudy Albers said the car is “for the villain in you,” and Julian Shles called it “the perfect getaway car—with flair.”

Standard equipment includes a sport exhaust that emits some of the meanest-sounding spits and crackles you’ll ever hear. Hartmut Kraft called the exhaust note “absolutely amazing.”

“Roads are safer now. The addition of all-wheel drive has turned a wildcat into a more docile—but still imposing—variant of the species.” —Robert Ross, Robb Report automotive consultant