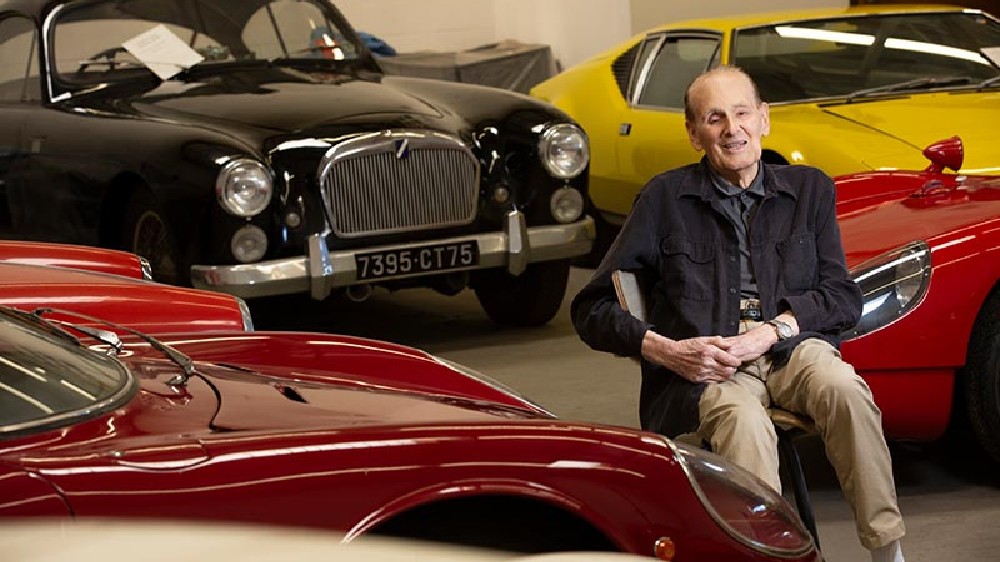 Large financial donations are the lifeblood of universities across America. But we haven’t seen one quite like the one just gifted to California State University, Fullerton by Nicholas Begovich. That’s because the retired engineering exec’s latest donation came in the form of a $10 million car collection.

The Orange County college announced that Begovich and his wife, Lee, had committed to a $10 million planned gift at a private event on Saturday, according to a press release. The collection—one of the largest donations in the school’s history—will benefit science faculty and student research at the state school.

The Begovichs’ gift consists of 15 classic cars that have been valued at a combined $10 million, the school said. The 98-year-old Nicholas is a long-time aficionado of postwar European sports cars and the collection reflects this. Starting in the early 1950s he compiled a stunning roster of cars, including a 1952 Jaguar XK120, a 1956 Mercedes-Benz 300SL Gullwing, a 1969 Lamborghini Miura, a 1973 DeTomaso Pantera and a 1975 Ferrari Dino 208 GT4, along with the American-made 1962 Chevrolet Corvair Monza Spyder and 1970 Chevrolet Camaro SS.

“I can’t tell you how happy I am about this,” he said about being able to support the school and its faculty and students. “It completes my life.”

The donation is testamentary and will be sold by the school at the appropriate time. Of the proceeds, $7 million will go to support faculty and student gravitational-wave research in the College of Natural Sciences and Mathematics. The remaining $3 million will help support interdisciplinary research, new courses and electives, student projects, early-career faculty members, and research in the College of Engineering and Computer Science. In recognition of the gift, the university’s academic and research center will be named the Nicholas and Lee Begovich Center for Gravitational-Wave Physics and Astronomy.

Some of the classic cars in Nicholas Begovich’s collection  California State University, Fullerton

This isn’t the first time the Begovichs have given to the school. Over the last 50 years, the couple has donated to the university repeatedly, primarily helping support the arts. Following a $1 million donation to Fullerton’s art department, the university’s main art gallery was renamed the Nicholas and Lee Begovich Gallery in the couple’s honor.

The Begovichs’ most recent generous donation kicks off the university’s upcoming five-year-long fundraising campaign, “It Takes a Titan: The Campaign for Cal State Fullerton.” Set to launch on March 12, the school is hoping to bring in $200 million over the course of the next half-decade.