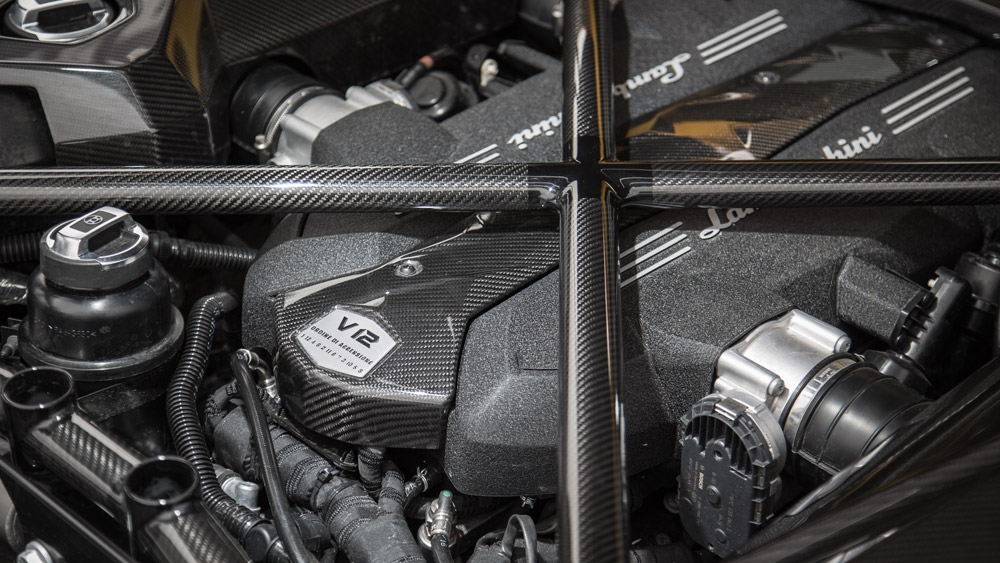 It says it right in the name: the V12 Speedster. When Aston Martin recently unveiled its new special-edition sports car, we discovered that the Speedster was stripped of both windscreen and roof, but was equipped with a rip-roaring 12-cylinder engine. Praised be the standard bearers of engine tradition like Aston Martin, Rolls-Royce and Ferrari. The 12-piston layout has been around since the very early 1900s, finding its way into boats, airplanes, tanks and the world’s most famous cars. These days, though, the icon is endangered.

Just how iconic is it? Well, ante up $70-plus-million for a vintage Ferrari 250 GTO (as a collector did in 2018), and guess what kind of engine you’ll find within? Exactly. Its water-cooled Colombo V-12 is named after the designer, Giaoacchino Colombo. Ask a vintage car enthusiast about the motor and prepare to hear about it in the same terms an art lover would reserve for Monet or Matisse. The engine was continually improved upon, powering many of the great Ferraris of the 1950s and 1960s, including the California and Daytona.

Have you ever driven a car with a V-12? If not, you might ask what the fuss is about, especially in this age of Teslas and hybrid supercars. An electric motor, lacking moving parts and the need for a many-geared transmission, is the equivalent of an Apple Watch. Always on time, digitally brained and almost brutal in its efficiency. A V-12, on the other hand, is like a Patek Phillipe or Jaeger-LeCoultre, rife with complications and vampiric energy inefficiencies.

The 12-piston configuration in a 1967 Lamborghini Miura.  Photo by Nolichuckyjake/Shutterstock.

With those inefficiencies, however, come soul and an unworldly combination of power and smoothness. Back in the day, more pistons meant more power. Another happy result was the natural sound. Do you know the only thing that sounds better than a classic straight-six engine? Two of them, artfully arranged together. Most often the two banks are arranged in a V formation, but there are variations. Bentley’s W-shaped 12 is shown to great effect in cars like the latest Continental—especially in topless GTC guise, where you can best hear it.

Just fitting a behemoth inside a motor bay takes great engineering, along with the right amount of cooling and a robust transmission. If you’re an automaker using a V-12 today, it shows that you care. To our minds, the engine deserves its place in the pantheon of great design, and we’d like to see it protected.

In the age of stricter emissions, none of this is easy. Andy Palmer, president and group CEO of Aston Martin, says: “My hope is that the V-12 engine will be around for the foreseeable future. It’s a key aspect of the Aston Martin lineup, and while it may be a challenge to retain it in our product portfolio in the long run, in the near to mid-term, Aston Martin will continue to produce great sounding V-12s with a focus on performance and making them more CO2 friendly.”

When it comes to the aforementioned V12 Speedster, we can’t think of a better combination. The body of the car looks like pulled aluminum taffy, with two separate slots in the surface to accommodate driver and copilot. Those front-row seats are the ultimate way to experience the symphonic V-12, a concert undiluted by any barrier except for the wind in your face. The gorgeous, elongated snout begs for something special, and it is telling that Gaydon’s engineers skipped over other power plants like its twin-turbo V-8 for the 5.2-liter twin-turbo V-12. The engine makes 700 hp and will propel the Speedster to 62 mph in 3.5 seconds.

The V12 Speedster’s open-top cockpit fills with the song of its engine.  Photo: Courtesy of Aston Martin.

While Aston had a long association with straight six engines, it didn’t utilize a motor with 12 cylinders until 1999 and the launch of the DB7—one of the few fortunate things that came about when it was owned by Ford.

If you can’t wait for the Speedster to arrive, the British marque also sells the DBS Superleggera and DB11 AMR with V-12s. Its upcoming Valkyrie hypercar will get a naturally aspirated 6.5 liter making 1,000 hp and the ability to red line at an insane 11,100 rpm. Just the thought of it gives us happy shivers.

If you’re looking for the most stalwart of brands proudly bearing a V-12, however, go no further than Rolls-Royce. “Every Rolls-Royce Motor Car delivered from Goodwood is driven by our iconic V-12,” says Martin Fritsches, president & CEO of Rolls-Royce Motor Cars NA. “Our 6.75 liter V-12 delivers the smooth, quiet power that creates the incredible ride Rolls-Royce is known for. As long as we deliver internal-combustion power trains, the heart and power of every Rolls-Royce will be a V-12.”

Proud words. We’re reminded of just how good the engine is even in places like Manhattan traffic. We were recently chauffeured around New York City in the back of a bright purple Cullinan SUV, and were wowed by the ability of the engine to shift between purr-perfect idling at stop lights to a sudden onslaught of power at the green light.

Which brings us, naturally, back to the Italians. Horacio Pagani utilizes V-12s in his carbon-fiber works of art, which are produced in northern Italy. We’ve spent some lovely time in the Huayra around a racetrack, and it’s an experience like few others—especially with the Mercedes-built 6-liter howling maniacally.

Lamborghini, certainly no stranger to 12 cylinders, still produces a V-12 for the Aventador S, though we’ll be curious as to which power plant is shown in its next top-flight supercar. And Ferrari currently has the 812 Superfast and GTC4Lusso in its V-12 lineups.

The GTC4Lusso is a four-seater with a rear hatch that looks like a wagon—almost sedate by Ferrari standards. But take a look inside the front bay and you’ll find a 6.3-liter piece of beautifully engineered hardware, coated in red, of course. It speaks of purpose and performance. Get in, turn the famous manettino dial on the steering wheel to sport, and then dip gustily into the accelerator. That sound? That’s the sound of a V-12, as resonant and important as it ever was.