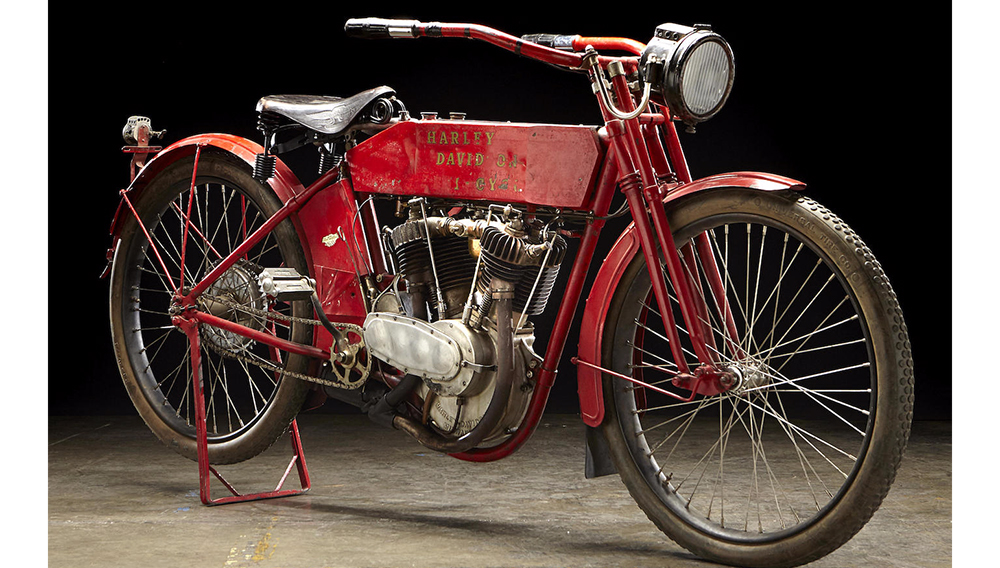 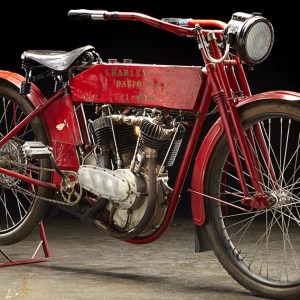 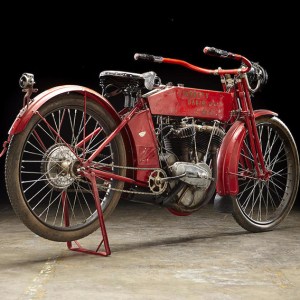 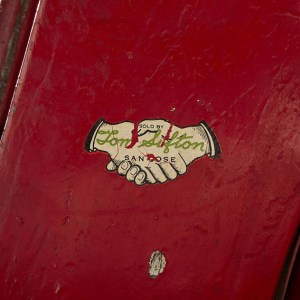 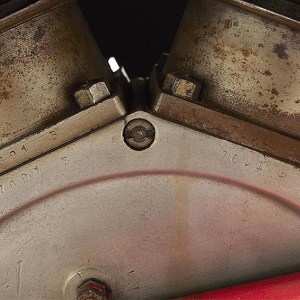 One icon once owned by another, Steve McQueen’s 1912 Harley-Davidson X8E will be ready for its close-up at the Las Vegas Motorcycle Auction hosted by Bonhams at the Rio Hotel & Casino on January 26. At one point belonging to the “King of Cool,” the twin-cylinder cycle (engine No. 7691B) is an example of the storied manufacturer’s first all-chain-drive model that debuted that year at a price of $310. Carrying a 1,000 cc engine, the innovative two-wheeler is also equipped with a magneto ignition, a clutch, skirted fenders, and Harley Davidson’s patented (and oddly spelled) “full-floteing” seat (with a coil spring in the downtube). An aspect not furnished by the factory, however, is the bike’s bold red appearance. One intoxicating tale is that the puzzling paint job was done by the actor after a bit of imbibing with friend Kenny “Von Dutch” Howard, famed mechanic and metal fabricator, but that explanation remains in the realm of rumor.

Sold in 1984 at McQueen’s estate auction, the vintage Harley was last on Bonhams’ block in 2015 where it came under the stewardship of its current owner. Offered with a signed certificate of authenticity from Terry and Chad McQueen (Steve’s children), the classic cruiser will surely be a star of the show with an estimated value of up to $120,000. (bonhams.com)